Paris is a walkers’ city. Visitors can spend days ambling down the streets, along the river, and down picturesque alleyways. It’s no wonder the city thrives in good weather. In fact, much of the best action here can be found outside while dining in cafes that spill onto the sidewalks, picnicking on the banks of the Seine, and soaking up fresh air in the several public gardens. When the city is in full, sunny swing, it’s hard to imagine what one might do when the weather calls for rain. But don’t worry, we’ve got you covered. Here are our favorite things to do when it rains in Paris.

1. Stroll through the city’s covered passageways. 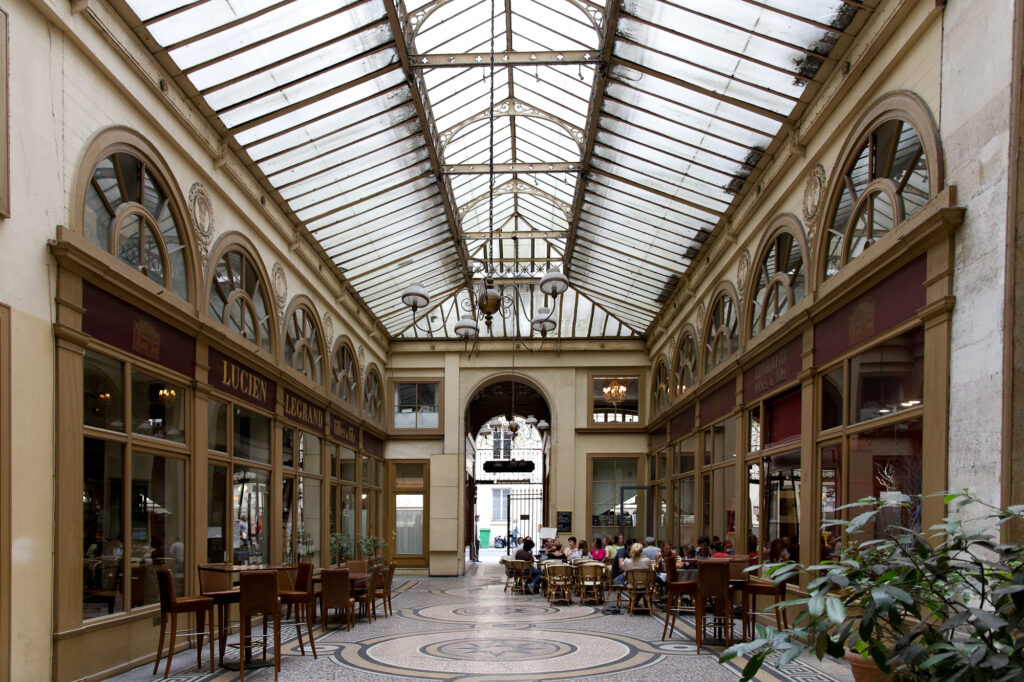 In the early 19th century, covered passageways became an architectural trend in Paris. These walkways usually connected two buildings, were lined with shops, and topped with gorgeous glass windows. Today, there are about 20 of these light-filled interior arcades left in the 2nd Arrondissement, and they’re mostly filled with shops, restaurants, and cafes. Strolling through these covered passageways not only gets you out of the rain, but it also lets you experience a taste of historic Paris. Some of our favorites include Passage des Panoramas (the oldest), Passage du Caire (the longest), and Galerie Vivienne (one of the largest with several different kinds of vendors).

2. Treat yourself to a hammam in Paris.

Hitting up a hammam may not be the first thing that comes to mind when thinking of Paris, but it should be on your to-do list for a rainy day. The city is full of traditional hammams, a beloved practice that France happily adopted from the cultures they colonized in Africa in the 17th, 18th, and 19th centuries. Aside from a soak, visitors can relax with a full body scrub, natural oil massages, and stints in the steam room and sauna. These hammams are also a luxurious way to spend the day — rain or shine — and you can expect to be surrounded by marble, mosaic tiling, and traditional Northern African architecture. Every place has its own vibe (and cost), but a few of our favorites include the Grand Mosque of Paris (in the Latin Quarter), O’Kari and Aux Bains Montorgueil (both in the 2nd Arrondissement), and Les Bains du Marais.

3. Seek cover in the catacombs in Paris. 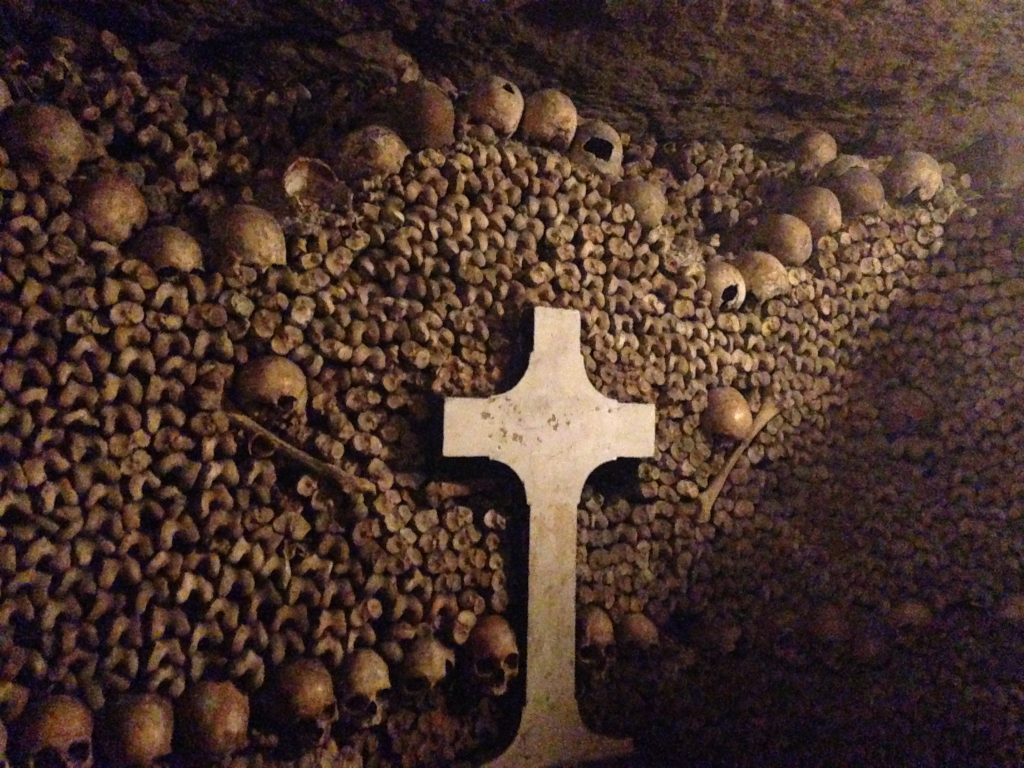 Escape the rain by descending 65 feet underground into the macabre maze of the catacombs in Paris. Essentially an extensive ossuary, these repurposed quarries hold the skeletal remains of over six million bodies that were moved from their graves in the 18th and 19th centuries. The site has been a popular attraction since the early 1800s, when it opened to the public, and the skulls and bones decorating its long tunnels have been passed by royalty and emperors, including Napoleon III. This is also a great escape on hot days, as the catacombs maintain a temperature of around 57 degrees Fahrenheit. Be sure to grab your tickets online before you arrive, or you’re likely to get wet waiting in the long line.

4. Discover the dark legends of the city in an interactive haunted house.

Le Manoir de Paris is a fun, interactive way to experience and learn about some of the darker spots in Parisian history. While this blatant tourist attraction wouldn’t necessarily top our list of must-do things in Paris, visiting this haunted house is a fun way to keep dry and pass the time on rainy days. Travel through three floors while learning about the tragic tales and truth behind the darker legends that come from the City of Lights. Beware, though: The actors do get in your face, there are times when you’ll be walking through darkness, and you might even be grabbed or run into Quasimodo, vampires, or the Man in the Iron Mask. If history’s not your thing, there’s also a creepy clown option and an escape room.

5. Scout out Parisian fashion at the malls and galleries. 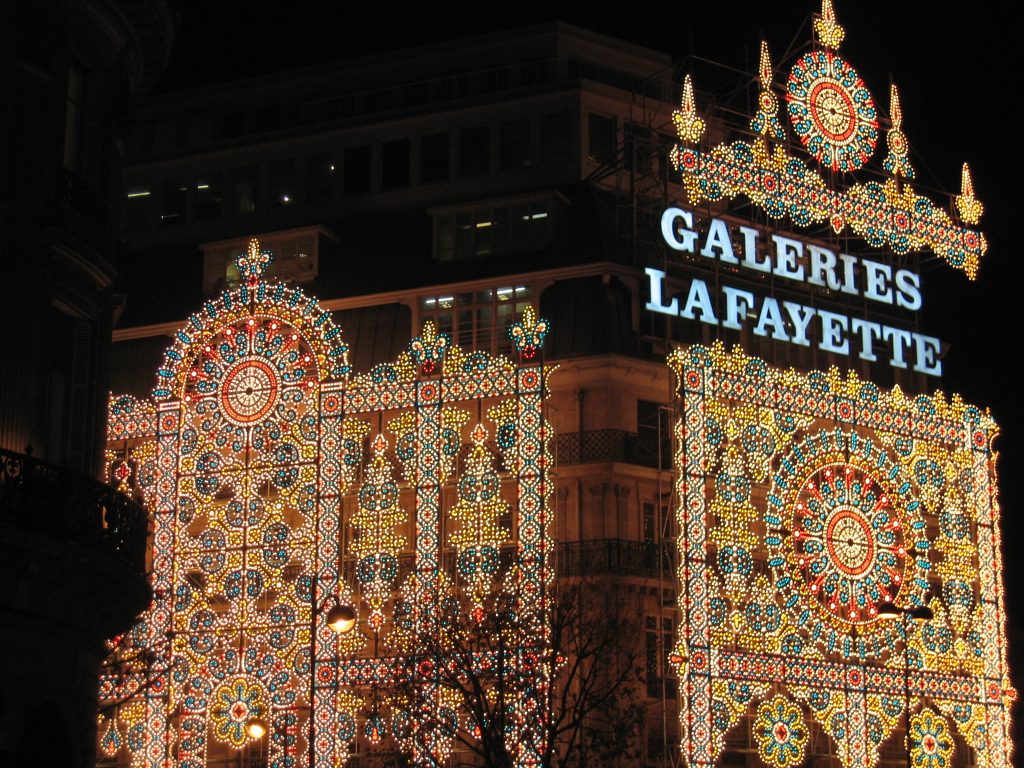 Parisians are known for their stellar sense of style, so why not use your rainy day as an excuse to go shopping – or at least window-shopping? There’s no better place than Paris to peep high-end luxury brands like Louis Vuitton, Hermes, and Chanel, plus the vintage shopping throughout the city is practically unrivaled for everything from coats to crocodile magnets. However, if you want to avoid the rain entirely, you might want to find the nearest mall or department store where you’ll be able to wander around for a few hours without having to duck through the rain. Galeries Lafayette is a department store favorite and has a stunning decorative domed glass ceiling that’s worth a trip on its own.

6. Catch a flick at a historic film house in Paris.

The first public film screening took place in Paris, immediately spawning a love affair between the silver screen and the City of Lights, and cementing the city’s place in cinematic history. Remarkably, over 120 years later, a handful of Paris’ early independent film houses have survived. Better yet, most of these historic theaters still regularly run movies. We can’t think of a cooler way to spend your rainy day than sitting in an old Parisian theater, enjoying a film. The good news is that you can catch both old and new releases. The bad news (unless you speak French) is that most of the movies will run in French. Le Champo Espace Jacques-Tati art house, the Egyptian-themed Le Louxor, the independent Studio 28, and the beautiful Art Deco-designed Le Grand Rex all have screenings that are open to the public and are worth checking out.

7. People-watch from inside a brasserie in Paris. 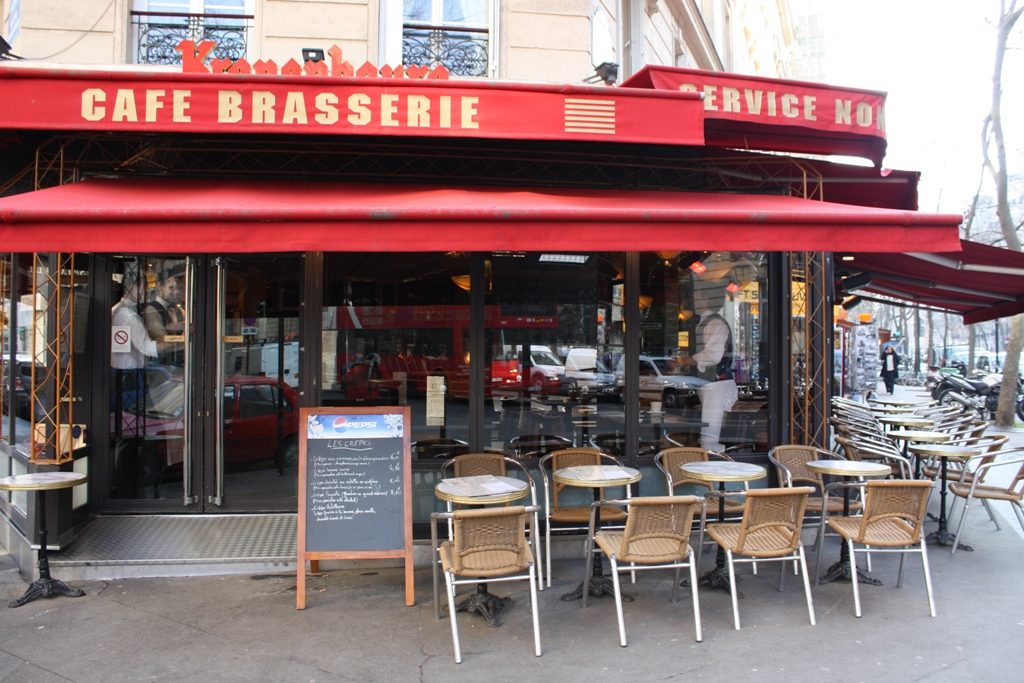 There is no shortage of brasseries in Paris, and they offer a relaxing spot to wait out a bit of rain. Post up and people-watch while you sip wine, wrestle escargot out of their shells, or spoon through a bowl of French onion soup. Unlike in the U.S., you’re welcome to linger at restaurants and cafes here, so bring a book and work your way through the menu. If you’re feeling particularly adventurous, find a busy block of brasseries and brasserie hop, tasting your way through Paris’ best plates and aperitifs until the rain lets up.

8. Check out some of the lesser-known museums in Paris.

Paris is home to around 130 museums, so we don’t blame you if your mind immediately wanders to visiting one of them at the first sight of a drizzle. However, a word of warning: You’re probably not the only person who has this idea. Unfortunately, Paris’ top museums suffer from extreme overcrowding, even on nice days, and we shudder to think about how packed they become when everyone is seeking refuge from the rain. The solution? Try visiting one of the city’s lesser-known museums. The Fragonard Musee du Parfum takes you through the intricacies of scent and even allows you to create your own to take home. Or, you can get hands-on at the Palais de la Decouverte, a science museum with exceptional temporary exhibits. Other options include the worldly collection at the Musee du Quai Branly, Asian art at the Guimet Asian Arts Museum and the Musee Cernuschi, and the fashion-centric exhibits at the Palais Galliera and the Musee Yves Saint Laurent Paris.

9. Take the train somewhere else. 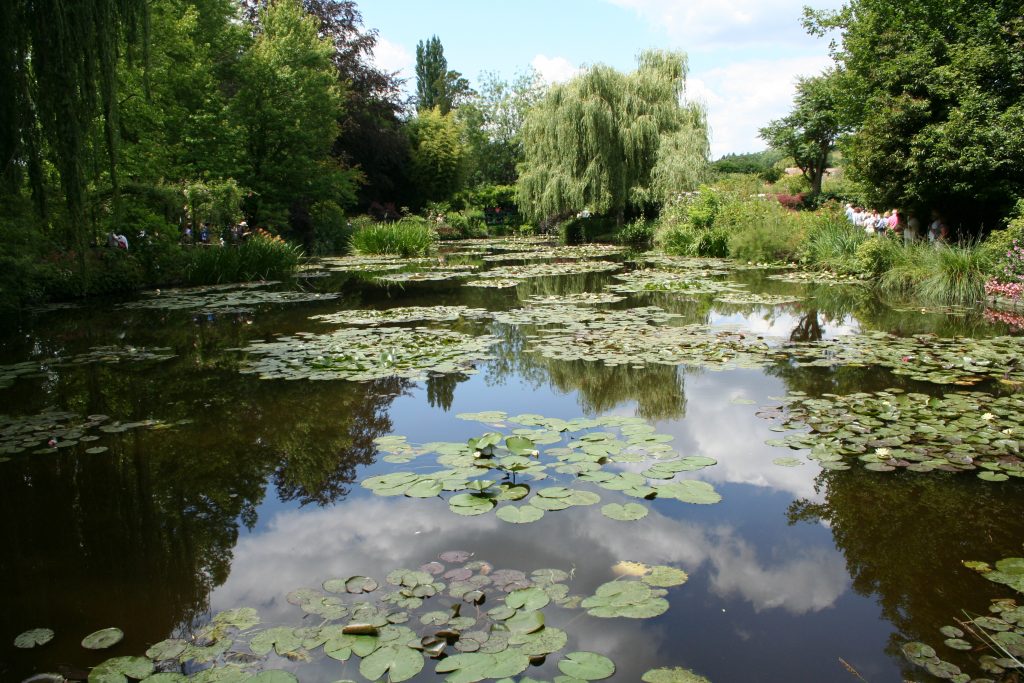 If it’s raining in Paris, take the train somewhere else and make a spontaneous day trip out of it. The rail system in Europe is convenient and makes getting out of the wet, rainy city a cinch. If you can’t stand the thought of being cramped inside a museum to catch a glimpse of Monet’s water lilies, his home in Giverny (and the Museum of Impressionism) is just a 45-minute train ride from Paris. Other easy, fun, and popular day trips out of the city include the over-the-top palace in Versailles (60 to 90 minutes), the beaches of Normandy (about two hours), and Champagne houses in Epernay (one hour and 15 minutes). If you’re feeling extra adventurous, hop on the Eurostar and you could be in London in two hours and 15 minutes or Brussels in an hour and a half.