Hurricane Dorian, a Category 5 tropical cyclone, struck the Bahamas on September 1, 2019. The relentless storm, now considered the worst natural disaster in the country’s history, left a devastating trail of destruction in its wake. It decimated entire islands and forced thousands of Bahamians to evacuate their homes. If you caught any Hurricane Dorian news coverage, it would be easy to think that the entire country was devastated by the storm. In reality, however, only Grand Bahama and the Abaco Islands were left uninhabitable. Most of the Bahamian islands, including popular tourist destinations like Nassau, Paradise Island, and the Exumas, were only minimally impacted by the storm. Read on for our guide to visiting the Bahamas after Hurricane Dorian, including which islands are closed and open for business, plus which hotels you should stay at now. 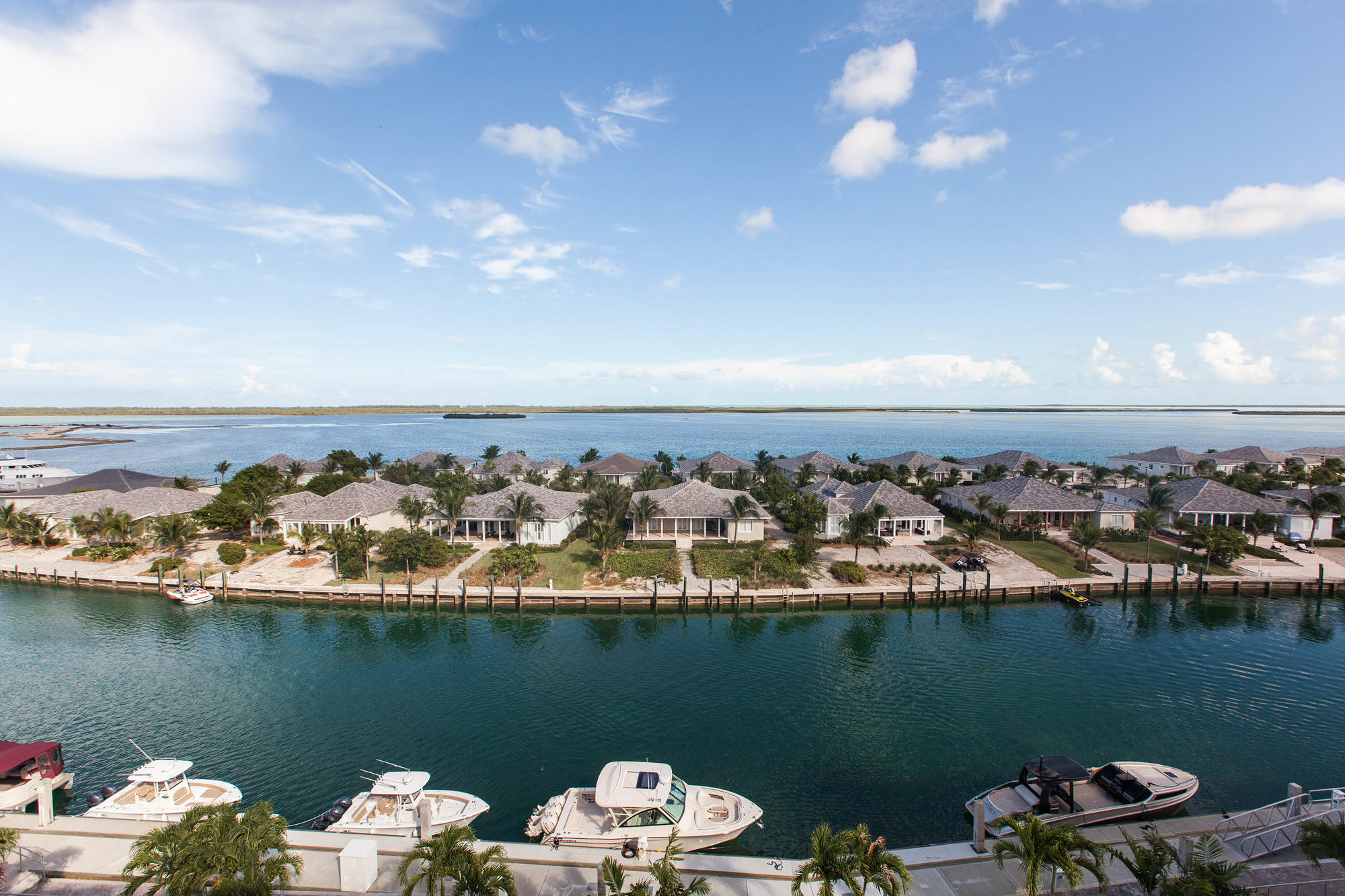 Grand Bahama and the Abaco chain, the northernmost islands in the Bahamian archipelago, were Dorian’s hardest-hit victims. Great Abaco has been rendered unlivable, with roads ripped from the ground, power lines torn down, and nearly every structure decimated to rubble. Rescue efforts continue across the island — Dorian claimed more than 40 lives on Great Abaco, though the toll is expected to climb, as many residents remain unaccounted for more than a month after the storm made landfall. In what looks more like a war zone than a vacation destination, the Bahamian military patrols the streets to stop looting as rescue workers continue to search for victims in the rubble. The stench of decay on Great Abacao is said to be overwhelming.

On Grand Bahama Island, residents who stayed to ride out the storm were forced to evacuate when rising flood waters reached roof-high levels. Immediately after the storm, Freeport’s Grand Bahama International Airport was underwater. Now, it’s a field of waste and remains closed indefinitely. The island’s once busy cruise port is now only open for aid. It will take years for the Bahamian government to resurrect the islands’ infrastructure and for locals to rebuild their homes and businesses.

Despite the devastation across Grand Bahama and the Abacos, the Bahamas Ministry of Tourism desperately wants travelers to know that its other islands, largely unaffected by Dorian, remain open for business. Of the Bahamas’ 700 islands, 14 of the most-visited spots, including Nassau, Paradise Island, Eleuthera, Harbour Island, the Exumas, Bimini, and Andros, were minimally affected by Hurricane Dorian. Their hotels, restaurants, and local businesses are eagerly awaiting tourists to return.

Why You Should Travel to the Bahamas Now 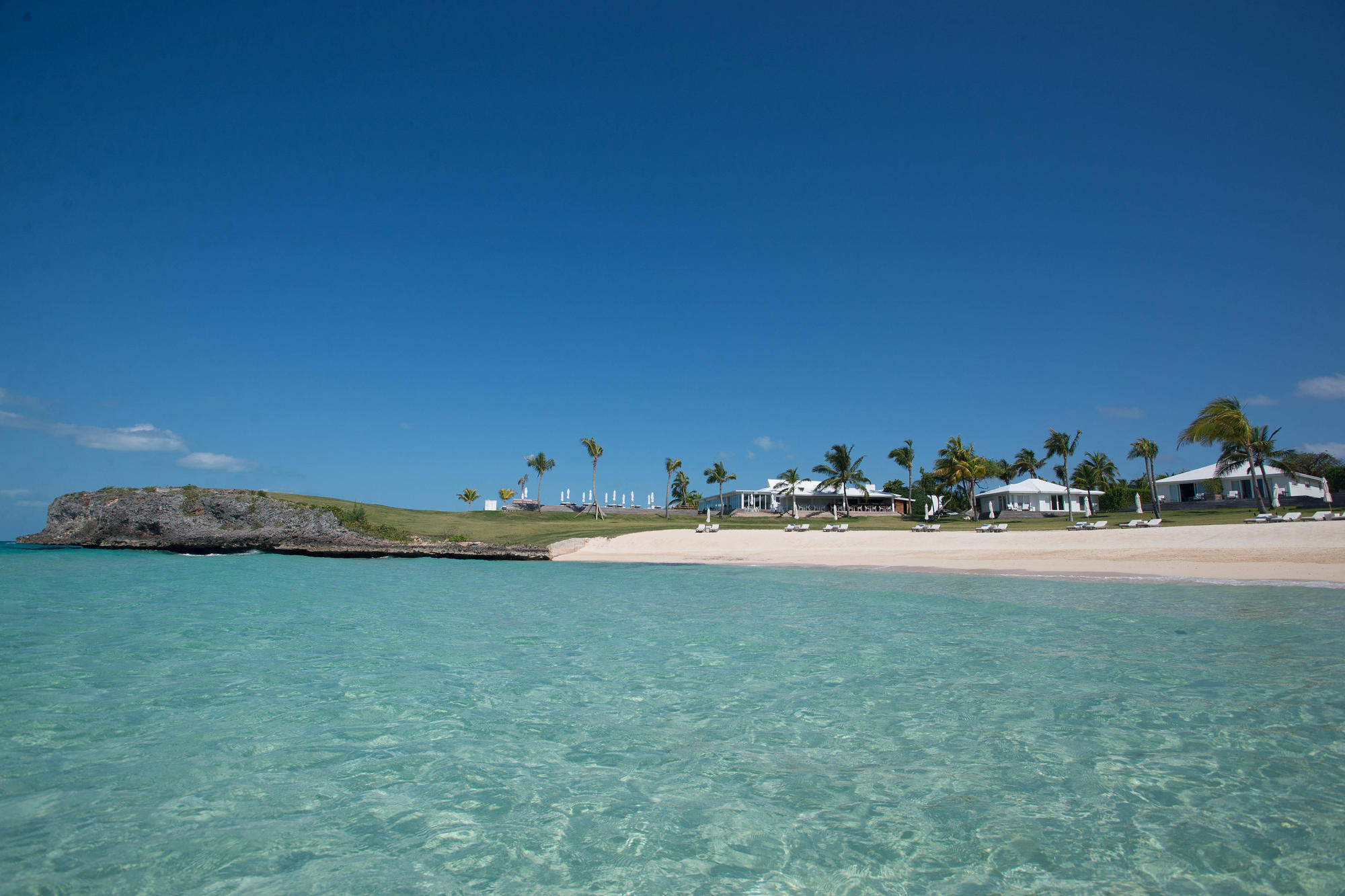 Beach at The Cove Eleuthera/Oyster

The economy in the Bahamas is heavily dependent on tourism, which supplies nearly half of the country’s annual GDP. It’s estimated that 70 percent of Bahamians rely on tourism, whether directly or indirectly, as part of their income. As the nation prepares to rebuild, it needs tourist dollars more than ever, especially as displaced residents from Grand Bahama and Abaco search for employment on unaffected islands. If you’ve been toying with the idea of a Bahamas vacation, don’t let the devastating news coverage of Hurricane Dorian dissuade you from visiting. Expect hotels and resorts to run attractive deals for the remainder of the year, in an effort to entice Caribbean travelers.

Where to Stay in the Bahamas 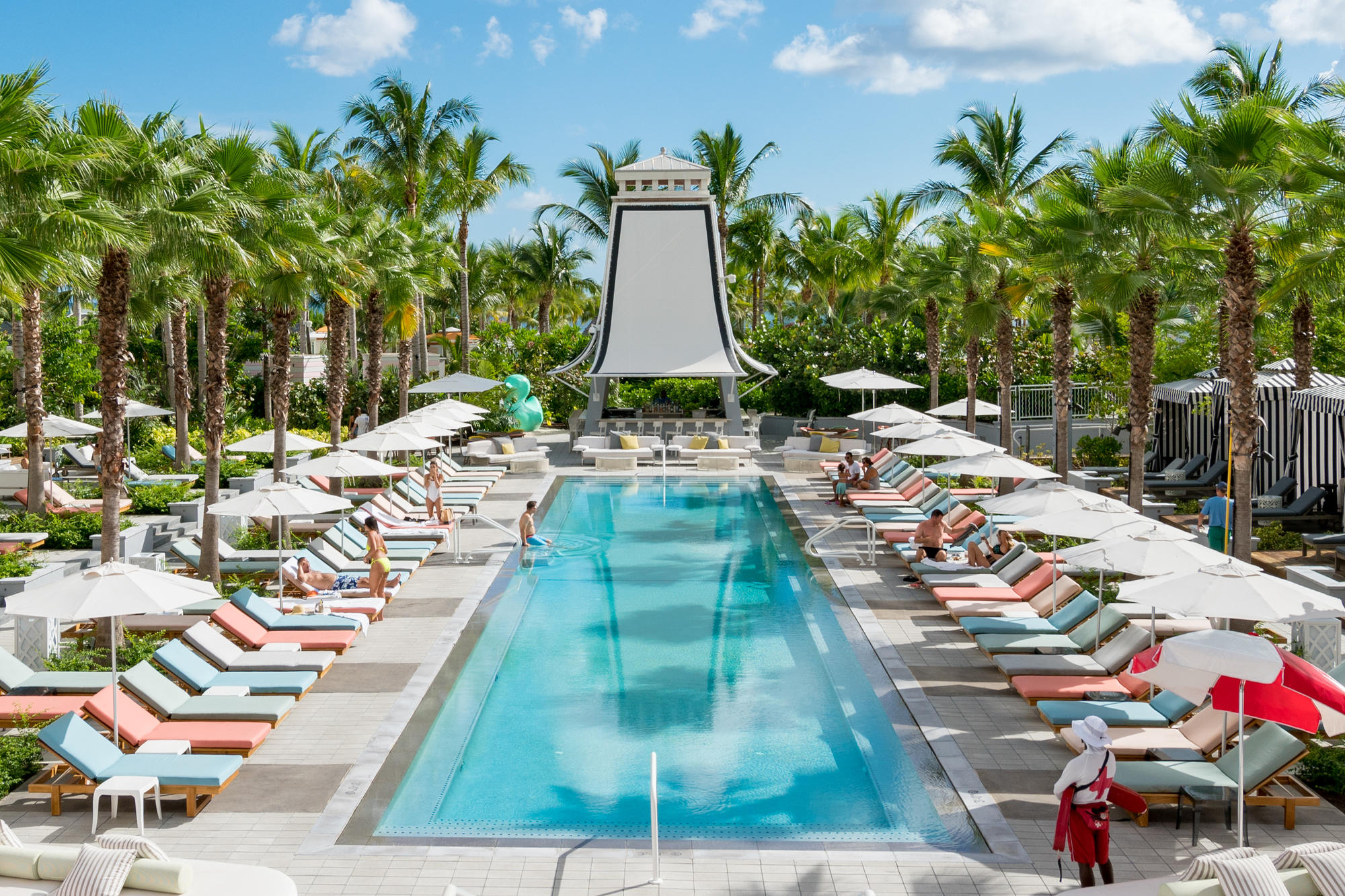 Ready to book your Bahamas vacation? The island chain caters to all types of travelers, from spring breakers to families to couples. Our guide below will help you narrow down your options and pick the Bahamian island that’s best suited for your travel needs.

Our Pick for a Party Hotel in the Bahamas: SLS Baha Mar

SLS Baha Mar, the trendiest hotel in the new Baha Mar complex, takes its party-oriented cues from its sister properties in Miami and Las Vegas. Alongside Instagram-worthy rooms and celebrity chef restaurants, the SLS is known for its scene-y poolside parties and happening rooftop bar (the first in the Bahamas).

Our Pick for a Family-Friendly Hotel in the Bahamas: Atlantis Paradise Island

Atlantis Paradise Island is the definition of family fun. The beachfront mega-resort is composed of five hotels, ranging from the budget-friendly Beach Tower to the upscale Royal Towers to the luxurious Cove and Reef. The resort’s 154-acre water park complex is a highlight, with six thrilling waterslides, a quarter-mile river adventure, several kiddie splash zones, and a marine habitat where guests can snorkel, scuba dive, and interact with dolphins, sharks, and stingrays. Throw in a baker’s dozen of restaurants, more bars than you can count on two hands, and one of the Caribbean’s largest casinos, and you’ve got a jam-packed itinerary.

Our Pick for a Romantic Hotel in the Bahamas: Coral Sands Hotel and Pink Sands Resort

Couples looking for quiet seclusion can head to Harbour Island, a tiny island off the coast of Eleuthera, for untouched beaches, chic hotels, and a laid-back Caribbean vibe. Hotels like Coral Sands and Pink Sands cater to a well-traveled clientele who prefer intimate boutique properties to larger all-inclusive resorts. Plus, since Miami and Fort Lauderdale are the only U.S. cities with direct flights to Eleuthera, travelers can expect fewer crowds than neighboring islands.

Our Pick for an All-Inclusive Hotel in the Bahamas: Sandals Emerald Bay Golf, Tennis and Spa Resort

Stress-free all-inclusives take the hassle out of vacationing. When you arrive at Sandals Emerald Bay Golf, Tennis and Spa Resort, the only thing you’ll have to worry about is the location of the next beachfront bar you want to park yourself in. As its name suggests, this adults-only resort is home to an 18-hole golf course, tennis courts, and a luxurious spa, as well as seven restaurants and three gorgeous outdoor pools.