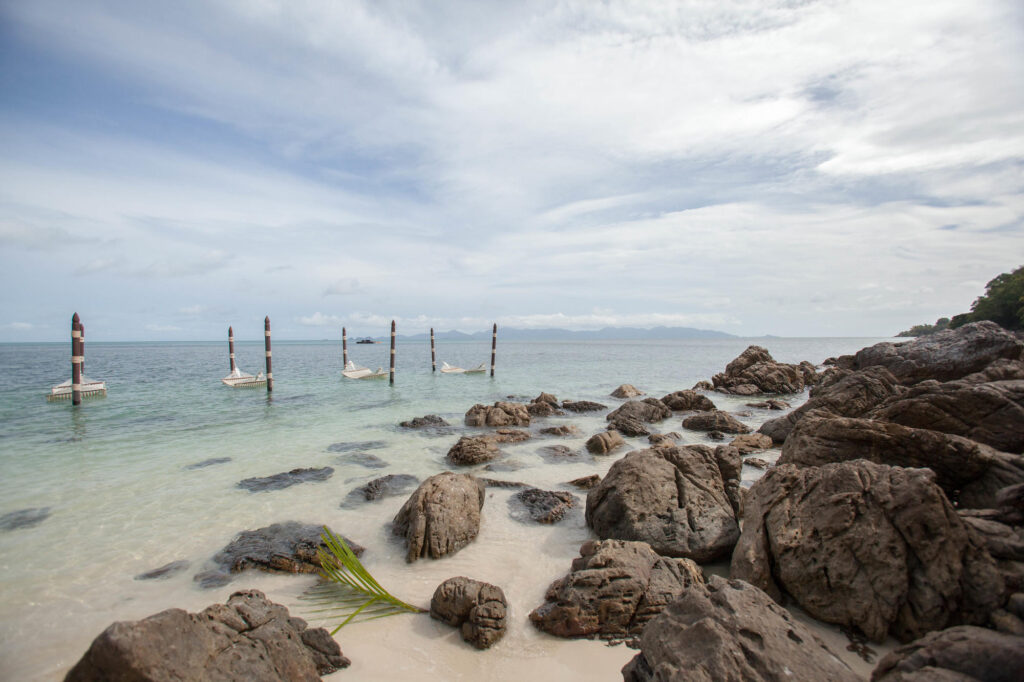 Covering more than 1,400 islands between the Gulf of Thailand and Andaman Sea, the Thai islands are a one-of-a-kind destination. These islands’ pristine beaches, shimmering sea, and remarkable limestone cliffs haven’t gone unnoticed by the travel community. Despite their popularity, many first-time visitors still fall prey to the same mistakes. To make the most of your trip, read on for seven rookies mistakes to avoid on your Thai island vacation.

1. Only Packing Beachwear for the Thai Islands

Thailand’s islands are gifted with some of the finest white-sand beaches, so it’s natural to pack plenty of swimsuits. That being said, Thai culture is more conservative when it comes to nudity and dress, so it’s advisable to slip on shorts over a bikini and throw on a t-shirt (at minimum) when venturing off the beach into town, especially at locally-run restaurants and markets. Although this is less necessary at well-trafficked and party-oriented islands like Phuket, it’s worth packing some tops and pants or skirts to cover your shoulders and knees, respectively. This same wardrobe will come in handy if you plan on visiting any temples in Thailand as well.

While Thailand’s islands enjoy a tropical climate, that doesn’t translate into year-round sunshine. April is one of Thailand’s hottest and driest months, with temperatures exceeding 100 degrees Fahrenheit in the country’s interior. Meanwhile, the Andaman and Gulf of Thailand coasts see comparatively cooler temperatures, but have increasingly frequent rain showers during April. The official monsoon season runs from May through October, bringing more regular rainfall and overcast weather. This is considered low season for tourism. Coupled with less dependable weather, this means that ferry connections between the islands are more infrequent and susceptible to delays. On the flip side, hotel prices can drop considerably during the low season; Also, rainfall often comes in the afternoon, graciously breaking the midday heat.

3. Not Booking Ahead During Both New Year Holidays in Thailand 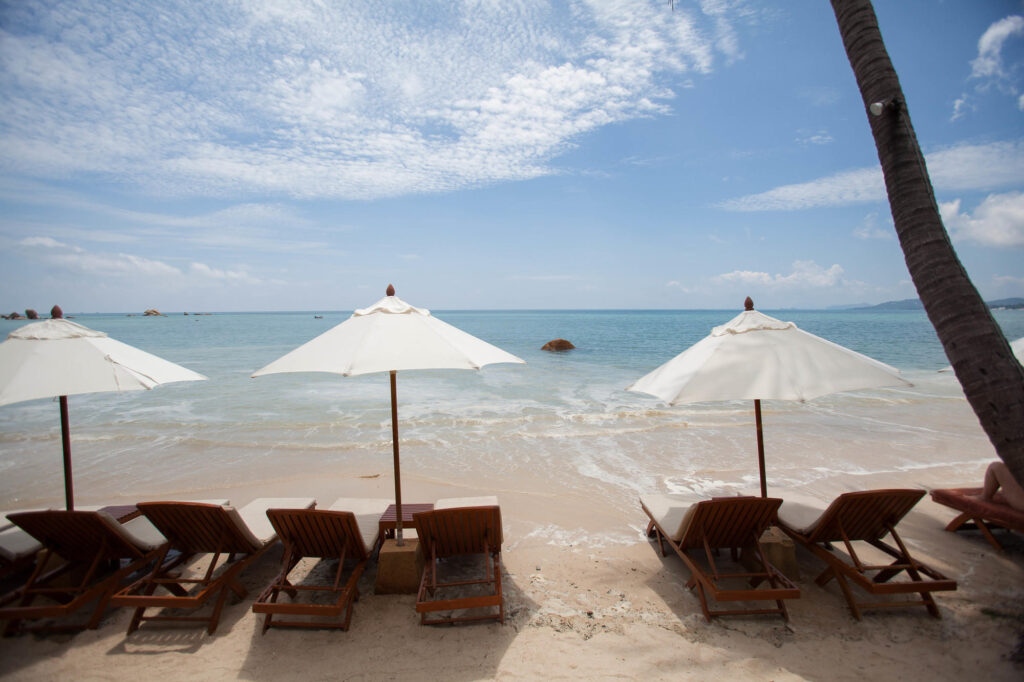 Thailand technically experiences two New Year holidays, creating two peak times for tourism. With consistently sunny weather, as well as an array of beacsh parties and revelry, the Thai islands are popular during December and January for international New Year. Thailand’s New Year holiday, known as Songkran, takes place during three days in mid-April. However, festivities usually extend well beyond this time, as many locals travel long distances to be with family. This includes hotel and tourism-based workers on Thai islands, who are often from elsewhere in the country. Therefore, if you’re visiting during either of these periods, it’s wise to secure transportation and accommodations ahead of time to avoid being stranded or stuck at a second-rate hotel.

4. Overindulging in Parties on the Thai Islands

Full-moon parties have become synonymous with the Thai islands. And while there are many laid-back islands, like Koh Kood and Koh Mak, full-moon parties have expanded well beyond Koh Phangan, where the celebrations originated in 1983. Additionally, opportunistic bar owners and promoters have capitalized on the concept with half-moon and quarter-moon shindigs, meaning that there’s virtually always a party happening somewhere on islands of Koh Phangan, Samui, Phuket, and Phi Phi. There’s no harm in indulging in the nightlife offered on the Thai islands, but it would be a shame to let partying (and the subsequent hangover) prevent you from experiencing all that these remarkable places have to offer. For starters, there are ample snorkeling and diving opportunities, especially off Koh Tao at the HTMS Sattakut wreckage and the reefs at Chumphon Pinnacle. Other outdoor pursuits include jungle zip lines, beachside yoga, and kitesurfing.

5. Only Bringing Flip-Flops to the Thai Islands

The Thai islands are renowned for their pristine beaches and turquoise sea. However, many islands have hilly, jungle-clad interiors that make for a worthwhile departure from the stunning coastline. Although trekking the 2,000-foot peak of Khao Pom on Koh Samui isn’t the most strenuous task, it’s best to leave your flip-flops in the hotel room to have better footing on the rocky trail. Other Thai islands with superb hiking include Koh Chang and Ko Tarutao.

6. Only Eating at Western Restaurants on the Thai Islands 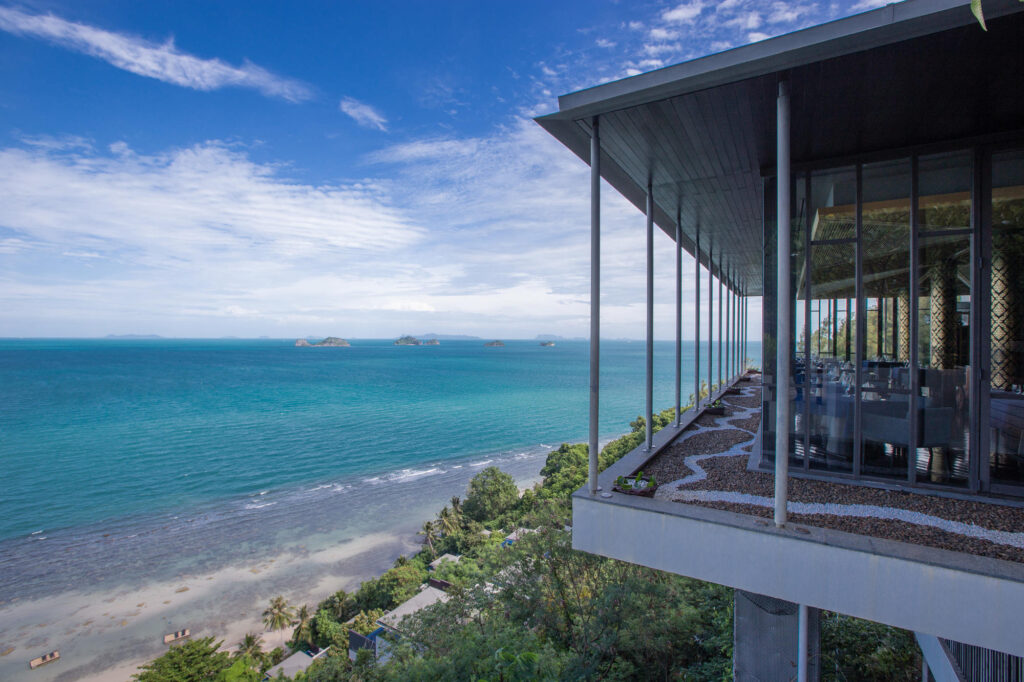 Jahn at the Conrad Koh Samui/Oyster

There’s no shame in finding comfort in foods from home, but there is no better place to sample Thai cuisine than the country itself. There is a reason Thai food is so prevalent around the world, with its aromatic flavors that awaken the senses. The Thai islands are known for cooking on the spicier side, though many restaurants are agreeable to reducing the spice, if politely requested. Furthermore, the abundance of fresh seafood makes for some delectable beachside dining. If you’re not the most adventurous eater, a popular local snack worth trying is mango dipped in chili salt.

Island hopping in Thailand is an ultimate bucket-list experience for many travelers. When choosing which island or islands to visit on your trip, be mindful of the region’s slower pace, availability of ferry connections, and other local transport. If you can only spend a few days or a week, it’s probably best to stick to just one island or a cluster of islands. Basing yourself on one of Thailand’s larger islands, such as Koh Chang, provides plenty of variety and natural beauty to explore for even a lengthy stay.