Las Vegas is wild year-round, but add in it's epic pool parties -- that generally rage from early March till Labor Day -- and right about now just may be the most raucous time in the most raucous city in the world. Booze, bikinis, EDM...it's a trifecta of debauchery during pool party season, and we got right in on the action! Because, after all, we had to conduct some "research" and weed out the best of the best. So here we bring you our rankings of the 11 top pool parties in Sin City.

If it ain’t broke, don’t fix it; Rehab has been raging in Vegas for nearly a decade, and it still draws in just as many revelers as the young bucks (if not more) every single weekend. The iconic Hard Rock is home to a sprawling complex that includes three different pool areas, but Rehab Beach Club is where the party takes place every Friday, Saturday, and Sunday.

Every year, the pool party at Wet Republic includes events like bikini contests, and guests can reserve VIP bungalows equipped with private whirlpools, flat-screen TVs, misting systems, chaise lounges, and drink service. VIP cabanas are also available for reservations; they include many of the same amenities as the cabanas, but they’re missing the whirlpools.

Why It’s Awesome: parties Thursday through Monday and DJs like the Chain Smokers and Steve Aoki

One of the first spots to kick off the season, Encore Beach Club is also one of the biggest — and throughout the next few months, revelers can expect to rock out to DJs such as David Guetta, Diplo, and Kaskade. The massive space is outfitted with a central stage, multiple levels, cabanas, and stripper poles.

Why It’s Awesome: one of the only nighttime pool parties (on Thursdays) and discounted entry for ladies

This season marks Tao Beach’s eleventh in Sin City, so it has years of experience under its belt, er, bikini. The venue is slightly smaller than most of the others on this list (it sits on the rooftop of the Venetian’s Tao complex, which includes the restaurant, lounge, and nightclub), but it certainly packs in a ton in its limited space — 12 luxury cabanas, daybeds, DJs, and a 30-foot bar.

Why It’s Awesome: some of the poolside sushi in Vegas and topless sunbathing Monday through Wednesday

LGBT-focused Temptation Sundays at the Luxor kick off in May and have plenty of DJs and celebs scheduled for guest appearances throughout the season. Guests can buy general admission tickets or opt to rent cabanas with fully-stocked fridges, flat-screen TVs, rafts, bowls of fruit, and newspapers (hey, you never know). Daybeds — with towel service, rafts, and bottles of water — are slightly less expensive but also grant you a bit of VIP status.

Why It’s Awesome: arguably the best LGBT party in all of Vegas

The Palms is one of the most iconic casinos off the Strip (hence its slightly downgraded spot in sixth place), and the same can be said for its “Ditch Fridays” pool party every (you guessed it) Friday. Picture tons of booze, DJ-spun tracks, and lots of wild water behavior. The good news (for most) is that “off” days at the pool are relatively calm, and hotel guests get in free every day of the week; but note: on Fridays and Saturdays, free entry only stands if you come before noon.

At the SLS, the Foxtail Pool Club is a relaxed — yet still fun, cocktail-slinging — spot with a bar and rubber ducky theme. Guests come here to soak up the sun, nosh on tasty bites, sip fruity cocktails, and lounge on the daybeds and lilypads. Cabanas and upgraded VIP cabanas are also available, and revelers can continue the party at the connected nightclub.

Why It’s Awesome: one of the newest pools on the Strip, everything here is shiny and sleek

The Romanesque theme here (picture massive columns, marble rotundas, and intricate tile work) may be over-the-top, but the overall vibe is laid-back — which is just what you may be looking for, especially if you partake in any of the aforementioned parties earlier in the week. Still, DJs and celebrities make occasional appearances, and the scene here is by no means “dead.” While the pool is already open, it officially becomes the “Venus Pool Club” (read: adults-only and topless-optional) in early April.

Yes, even the Vegas suburb of Henderson knows how to party; or at least its resident M Resort does. A popular fete-throwing venue among locals, Daydream Pool Club features live DJs, lots of drinks, and intentionally sexy (but still attentive) waitresses. The pool area is fairly small — only 12,000 square feet — but at least ladies get in free.

Why It’s Awesome: everything’s cheaper than what you’ll find in Vegas, including rooms, drinks, and food

Bare is a bit of a hybrid of Tao and the Venus Pool Lounge; we’d argue it’s not quite as great as either of them, but it does have the nice intimate setting and attentive service of Tao, combined with the topless-optional rules of the Venus Pool Lounge. It can get a bit cramped, but overall it’s relatively laid-back (as fas as Vegas pools go) and cocktails and bites are tasty. Bare also claims to have “the hottest staff in Vegas,” so we guess there’s that.

Is it the sixth day of your week-long Vegas bender? Honestly, you should just go home; few people stay in town longer than a weekend, for sanity’s sake. But if you must soak up some extra hours in Sin City, find restoration at Liquid, Aria’s super low-key pool. Sure, there are dancers and DJs, but the pool area doesn’t host the raging scene you’ll find most places.

Why It’s Awesome: two secluded dipping pools, and a sit-down restaurant if you need a breather

What to Pack: Swimwear from Reformation 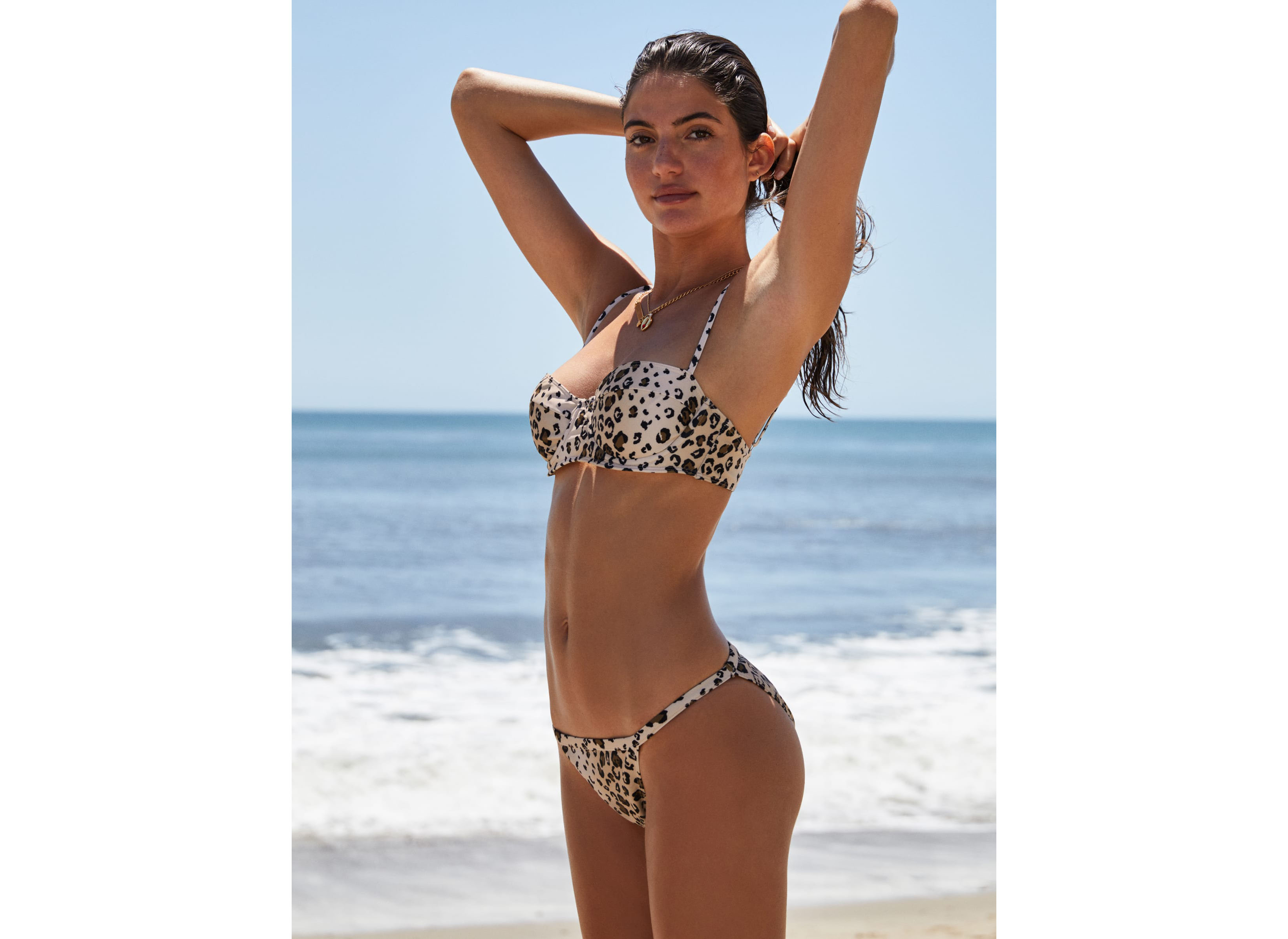 A pool party calls for sporting your cutest swimwear. Bring along a bikini from Reformation and look your best in the crowd.