Normally, I wouldn’t announce this but…I’ve been around -- around the world, that is. And while I try to be as careful as possible, it’s not always possible. As a devout globetrotter, I travel a lot; I’ve made a home on four continents, traveled to six, and visited every state in the U.S. I also travel quite a bit as an Oyster hotel investigator; I’ve spent the better part of this year in sun-drenched, (sometimes sticky) beachside vacation spots from Aruba to Sri Lanka. I’m an adventurous eater, mosquitoes love me, and I’ve shared a fair number of long-haul flights with people coughing all over me. But, I’ve never once brought back an unwanted souvenir living in my body -- until now.

And, after doing a borderline obsessive amount of research, I’m shocked at how easy it is to catch something while traveling. Warm beaches, lush tropical jungles, exotic safaris, adrenaline-soaked nature trips; these places are filled with oodles of idyllic scenery including turquoise blue waves, verdant landscapes, wild animals, and powder-soft sands. But diseases can often be found in less developed countries with hot climates, unchecked sanitation regulations, non potable water, a lack of access to fresh foods, and ideal breeding grounds for every type of mosquito imaginable.

But you don't have to go abroad to be at risk. One formerly under-control infectious disease — measles — is experiencing a huge resurgence right here in the U.S. and Lyme disease (which you'll find below) is an almost entirely North American affliction. Outside of the U.S., there are even more things to worry about. When you add constantly emerging new viruses and bacterial outbreaks to the mix — like the 2020 outbreak of novel coronavirus that originated in Wuhan, China — travel can be a frightening thing. However, there are ways to protect yourself and prevent infection without becoming a hermit — for the most part. Read on to find out what to avoid and how to keep yourself safe while traveling. 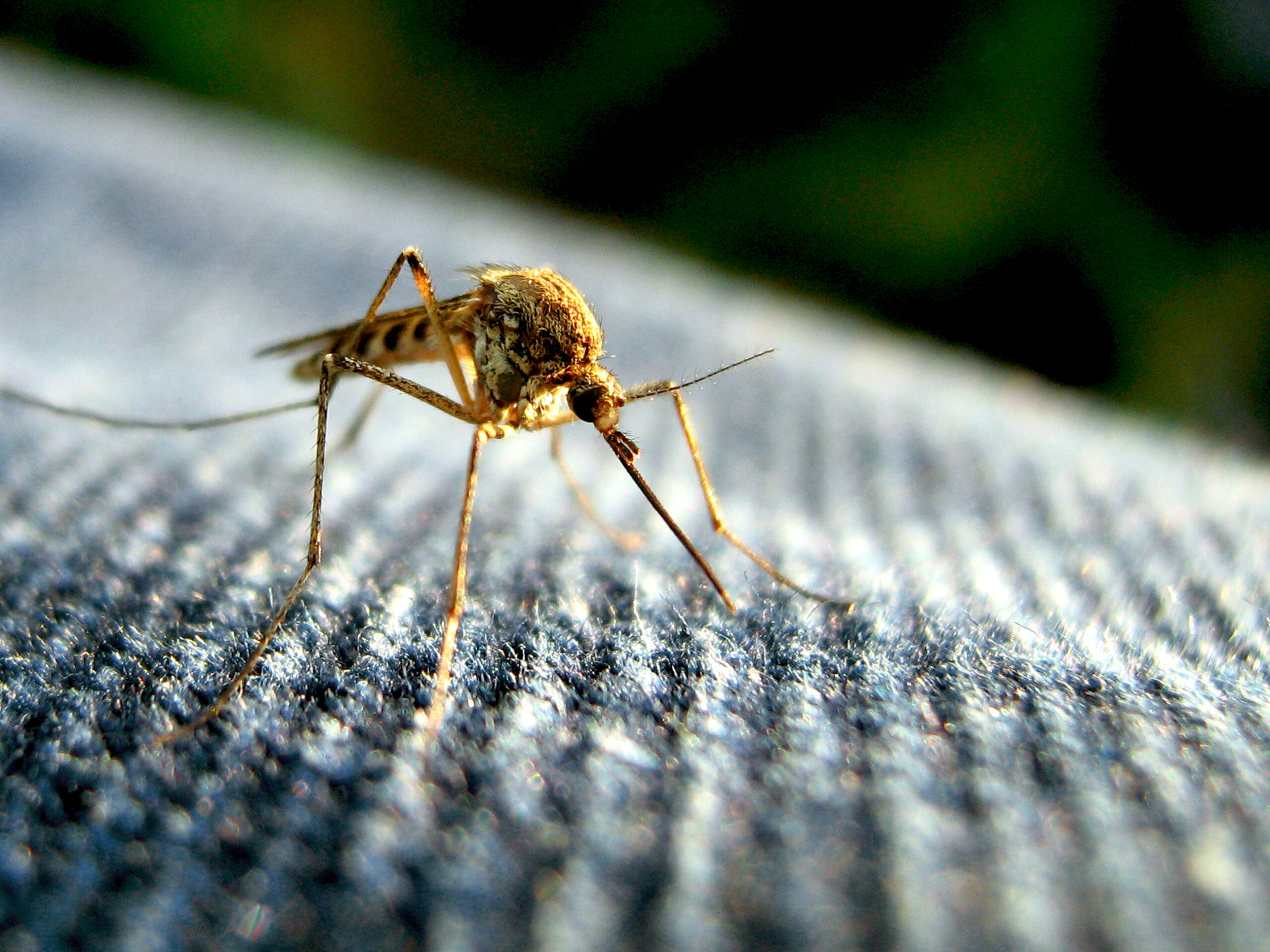 Malaria is a dangerously common blood-parasite disease spread by over 20 different species of the Anopheles mosquito. Initial symptoms include fever, headache, chills, and nausea; the diseases progresses quickly, and can be fatal. While Malaria-related deaths have nearly halved in the last 15 or so years, there were 228 million estimated cases of infection reported in 2019, according to the World Health Organization. These infections resulted in over 400,000 fatalities (that’s a 17% mortality rate — far higher than the Wuhan Coronavirus outbreak as of early 2020). According to the World Health Organization, you can contract malaria from 97 different countries around the world, though it is most common in Africa.

What to Do To Prevent and Treat Malaria

While there is no approved vaccine for malaria, there are preventative antimalarial pills you can take, though, they can have unpleasant side effects and people often weigh the risk versus reward when choosing one. If you think you’ve contracted one of these nasty blood parasites abroad, go to the doctor immediately, tell them where you’ve just traveled, and get tested. Catching malaria early is key and treatment includes a run of antiviral medication, rest, and keeping yourself hydrated. 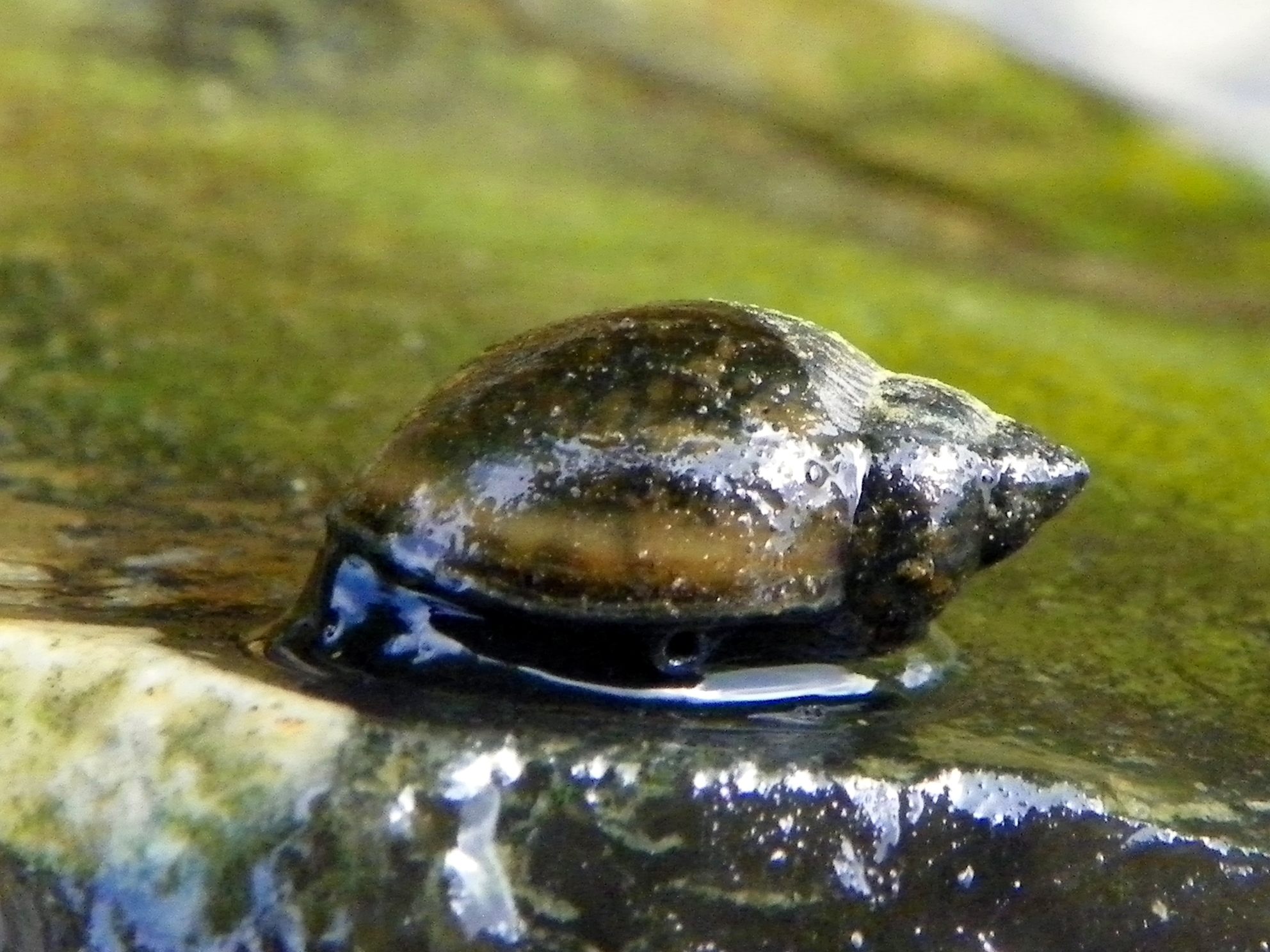 Also known as bilharzia, this fast-appearing (and infecting) water-borne disease is caused by parasitic fluke worms infiltrating your bloodstream. While it may seem hard to catch — you’ve got to be exposed to a water source (including untreated drinking water) where an infected person has had a bowel movement consisting of the parasite’s eggs, which have then hatched and been released as larvae by a snail — it’s much more common than you think. In 2013, close to 40 million people across 78 countries were infected with these squirmy blood parasites. So, you may want to rethink that whitewater rafting trip along the Zambezi (though it is unbelievably beautiful) as highest risk areas are large water sources, like rivers in various regions of Africa. However, travelers to infected parts of South America, the Middle East, and the Caribbean are also at risk.

What to Do to Prevent and Treat Schistomiasis

If you are exposed to contaminated water, there’s nothing outside of luck of the draw to prevent these worms from invading your body. If you develop itchy skin, a rash on water-exposed parts of your body, cough, fever, or muscle aches, you can try to put the heat on to get rid of them. Five minutes in a hot bath of at least 122 degrees Fahrenheit should do it — or a two-day medicinal treatment. 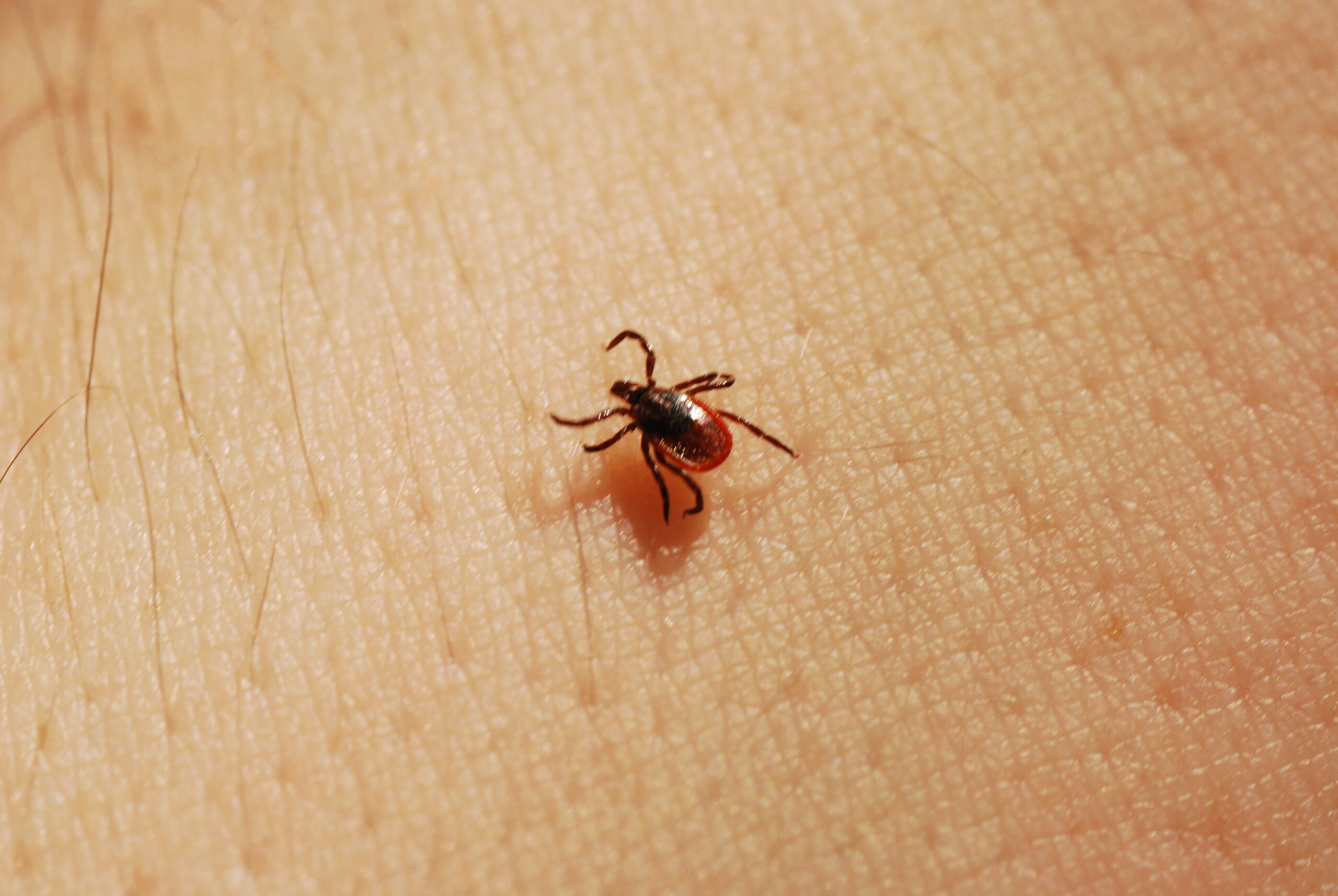 You can thank climate change for the ballooning rates of this hard-to-diagnose and hard-to-treat bloodborne illness. It is the most common tick-borne illness in the United States, with concentrated occurrences in the
Northeast. Outside of the U.S., it can also lurk inside ticks found in forest-laden areas (read: campsites) across Europe and Asia. Most initial symptoms are flu-like aches, fever, chills, headache, and a tell-tale bulls-eye rash that can appear anywhere on the body. The only known predator of the deer tick that remains immune to Lyme is the opossum and, luckily, its populations are generally increasing across the United States. However, as winter become milder and rains become more intense across the U.S., the tick zone is only expanding. It’s notoriously hard to track, but the Centers for Disease Control estimate that up to 300,000 people may be infected every year.

What to Do to Prevent and Treat Lyme Disease

There is no vaccine for Lyme disease, so you have to be vigilant about checking yourself for ticks after any outdoor activity and dressing in long sleeves and pants in forested and grassy areas. If you discover a tick, remove it immediately (holding a hot matchstick to it can do the trick), try to bag it, watch for symptoms, and make an appointment ASAP so your doctor can perform a blood antibody test. However, diagnosis isn’t always straightforward and you’d do best to find a Lyme expert in your area or close to where you live. Treatment includes a dose of strong antibiotics. Long-term symptoms of untreated Lyme disease can include inflammation of the brain and spinal cord, Arthritic-like joint pain, Bell’s palsy, and irregular heartbeat. 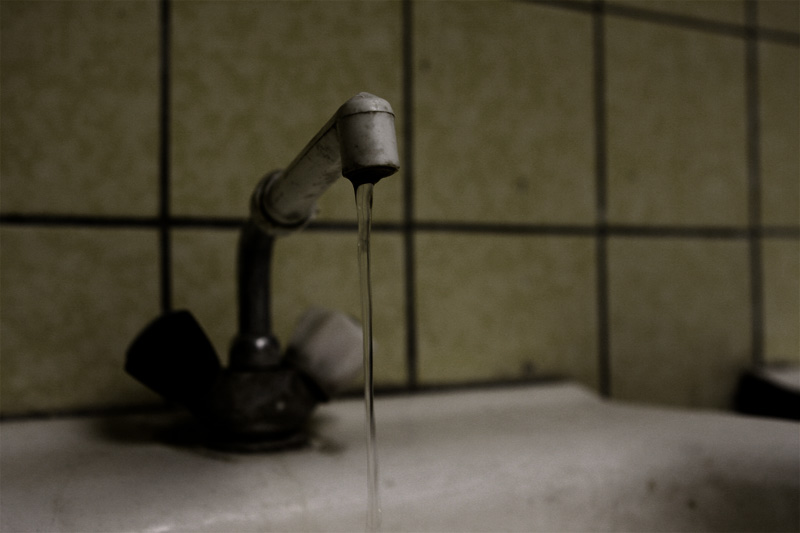 Not to be confused with severe food poisoning, Typhoid fever is a food-or-drink-borne illness caused by the Salmonella Typhibacterium. As it’s only able to survive in humans, the only infectors are humans. More bluntly, the bacterium is excreted through feces and urine of an infected person. You’re more likely to be exposed in developing countries like India and Egypt, where there is likelihood of sewage-contaminated water used for preparing food and/or drinking, and infrequent washing of hands. Worldwide, there are over 21 million cases of typhoid a year, resulting in about 200,000 deaths. According to the CDC, travelers from the United States and a few other industrialized countries are especially at risk. Most people from the U.S. contract typhoid from Mexico and South America.

What to Do to Prevent and Treat Typhoid

Symptoms can include high fever, constipation or diarrhea, general malaise, enlarged spleen and liver, and a rose-colored rash, usually found on the chest. Luckily, there is a vaccine that’s available as an oral dose or injection. However, neither is 100-percent bulletproof so you’ll still want to exercise caution. If you end up tucking into a questionable dish while traveling in an affected area, at least there’s the solace that, since this is a bacterial infection, it can be treated with antibiotics, though some resistance has been found. It’s also good to note that even if recovered, a once-infected person can still be a carrier of the bacteria. 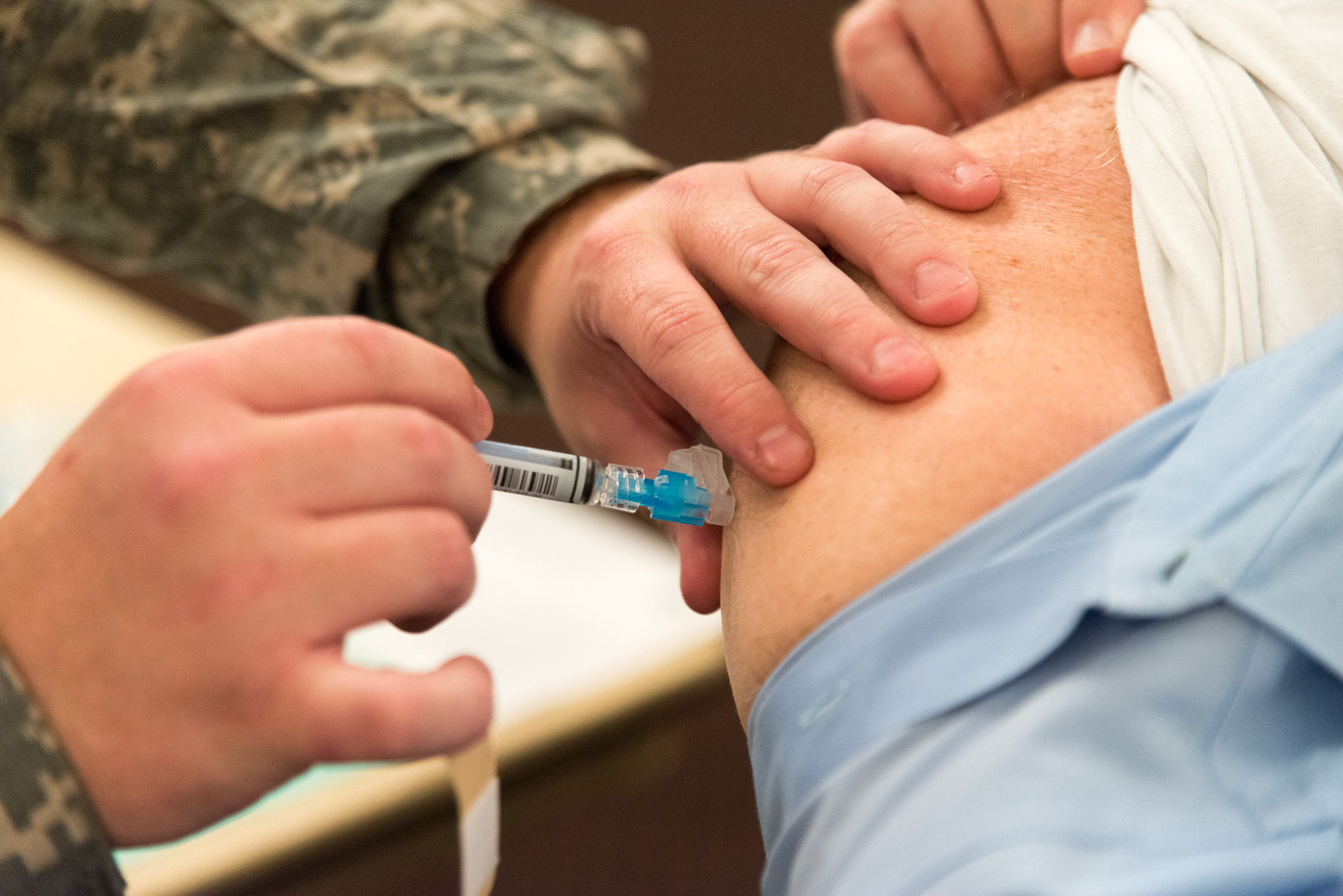 The flu is one of the most common — and most contagious — diseases in the world. Unlike the other bummer souvenirs on this list, the flu is the only one that’s airborne, meaning it’s transmitted through the air we breathe. The flu is oh-so-much harder to avoid — especially on long flights or in other tight, shared spaces. What’s worse is that there are several types and sub-types of the flu out there (we all remember when swine flu and bird flu broke out), it can easily mutate making it hard to treat, and it circulates seasonally All. Year. Long. No wonder up to 10 percent of the world’s adult population and up to 30 percent of children become infected each year. With such a high infection rate, it’s not unbelievable that between three and five million cases turn severe with, sadly, around a quarter- to half-million resulting in death.

What to Do to Prevent and Treat the Flu

Since you can’t walk around in a bubble, the best thing you can do is get your annual flu shot vaccine. If you skip the jab and contract the virus, fingers crossed it’s a type that is treatable with a flu-specific antiviral, like Tamiflu — and that your country distributes this medication. Visit your doctor immediately and take extra precautions so as not to infect anyone else.