For many, September is a time to mourn the passing of summer, and the reluctant return to work or school. For others, it’s the best time to pack your bags, jump on plane, and take advantage of the smaller crowds, milder weather, and lower travel costs. We’ve picked some of the best destinations around the world to visit during the start of fall. Here are the best places to travel in September. 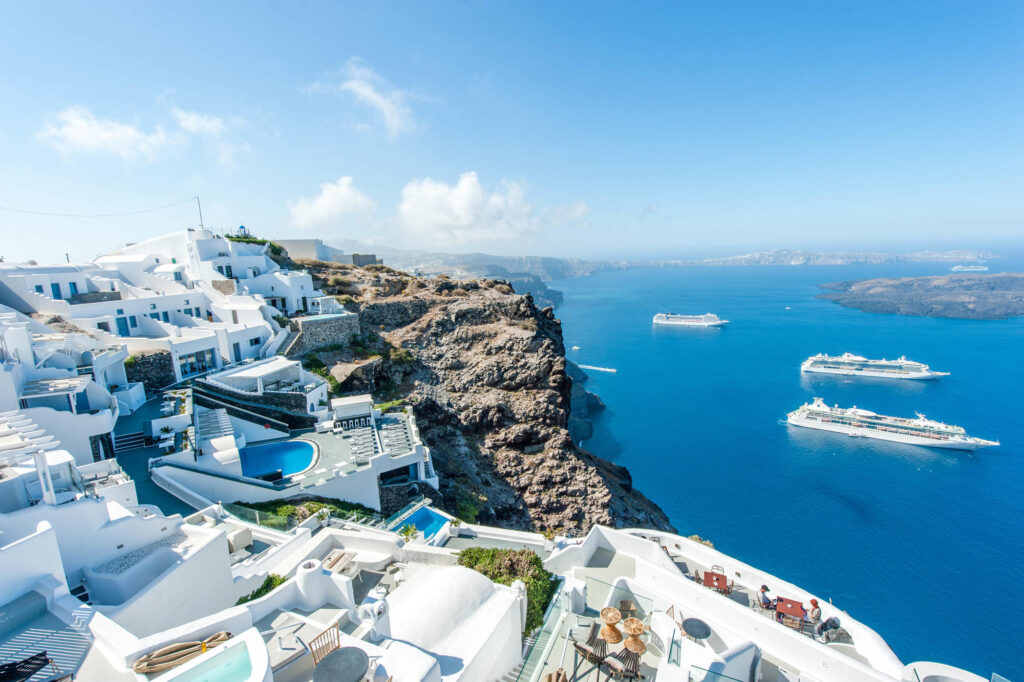 While you could pick almost any Greek island to enjoy in September, few come close to the spectacular isle of Santorini. The average temperature here is a pleasant 77 degrees Fahrenheit, though you can expect it to generally feel a little warmer. While it is still considered high season on the island, it’s certainly not as busy as in July and August. Plus, this time of year brings little chance of rain and slightly lower hotel rates. Music fans also have the added bonus of checking out the annual International Music Festival of Santorini, which draws mostly classical artists from around the world to play under the stars in the island capital, Fira.

Our Pick for a Luxury Hotel in Santorini: Lilium Villas 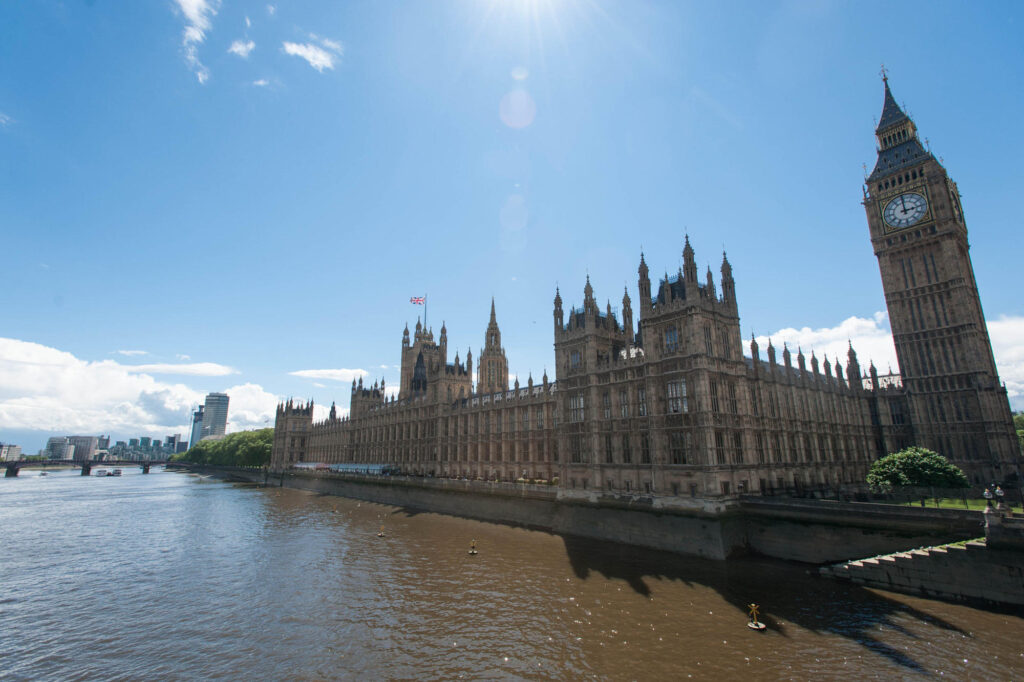 One of the best reasons to visit London in September? All the kids have gone back to school and most of the summer crowds have thinned, making England’s sprawling capital and its many attractions much more manageable to explore. Plus, there’s no shortage of things to do here during this time of year, including high-profile events such as the London Design Festival and London Fashion Week. While few visit London for the weather, September can surprise with a last blast of balmy weather that transforms the city, as the locals take advantage of the many green spaces.

Our Pick for a Luxury Hotel in London: Park International Hotel 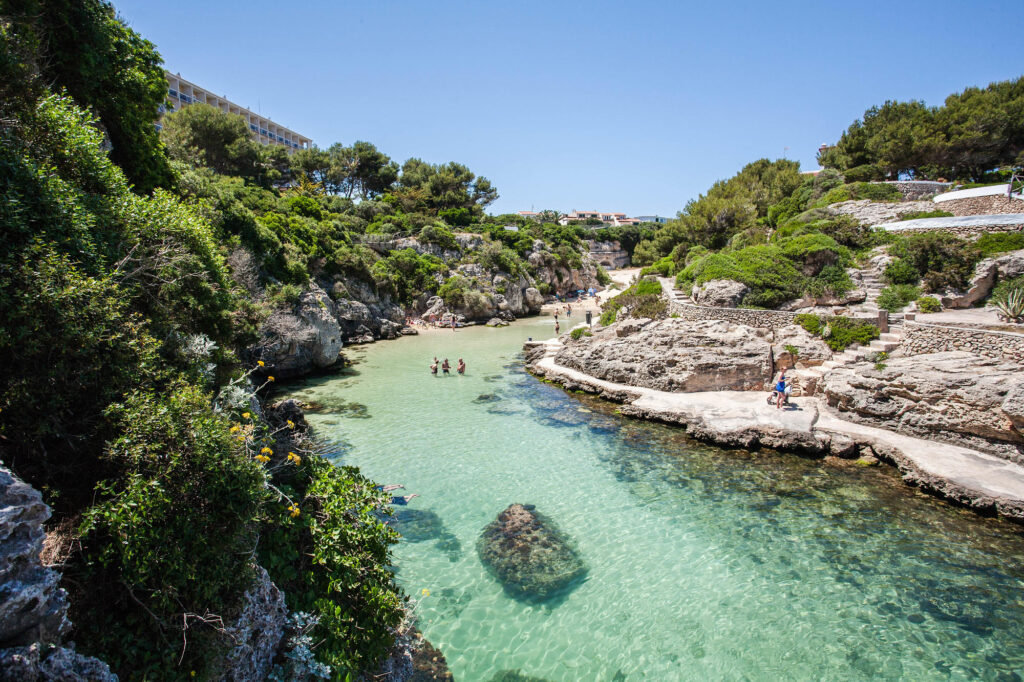 With Menorca being the most family-friendly of the Balearic Islands, and September bringing kids back to school, its visitor population drops significantly. But thankfully, the temperatures don’t, with average highs of 79 degrees. The weather during this time of year is still perfect for spending time on the numerous picture-perfect beaches — and they’re relatively free from crowds. It’s also a great time to explore Menorca’s two picturesque cities — Mahon and Ciutadella — positioned at either end of the island. The present capital, Mahon, also holds the wonderful Fiestas de Gracia for three days in September, which includes horseback processions and lively dancing.

Our Pick for a Kid-Friendly Hotel in Menorca: Melia Cala Galdana 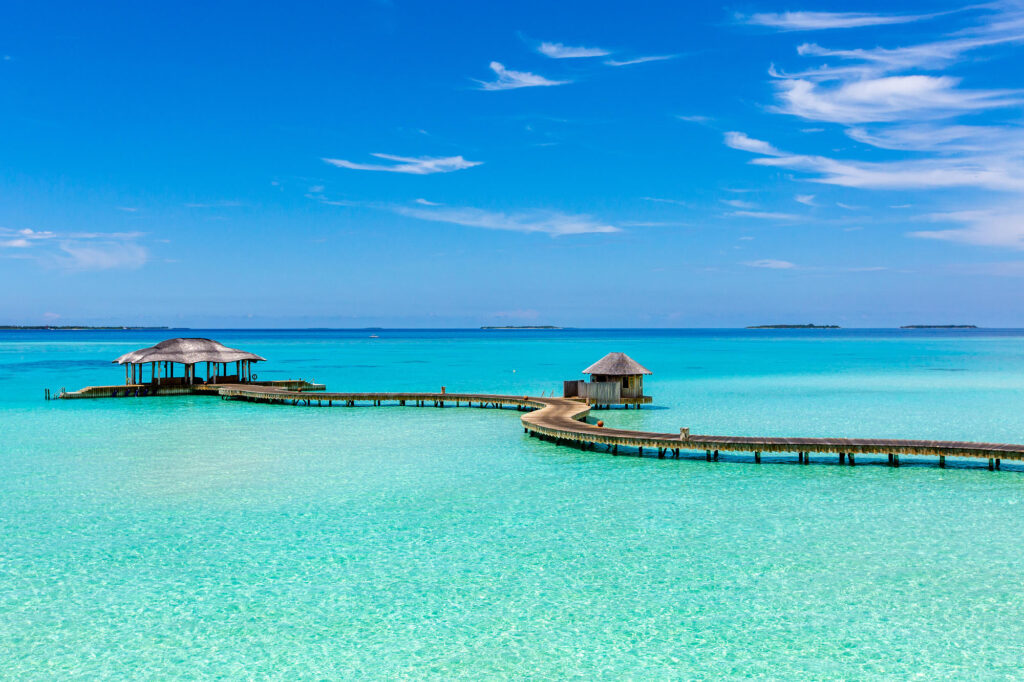 Arrival Jetty at the Soneva Jani/Oyster

Few destinations can match the paradisiacal islands of the Maldives, but prices for both flights and accommodations can be prohibitively expensive for most. Time it right, however, and you can bag yourself a bargain. In September, the summer monsoon season has blown its worst, and the skies are mostly clear. While you might experience an occasional downpour, temperatures still hover around the mid-80s, and the money you will save will more than make up for it.

Our Pick for a Luxury Hotel in the Maldives: Constance Moofushi 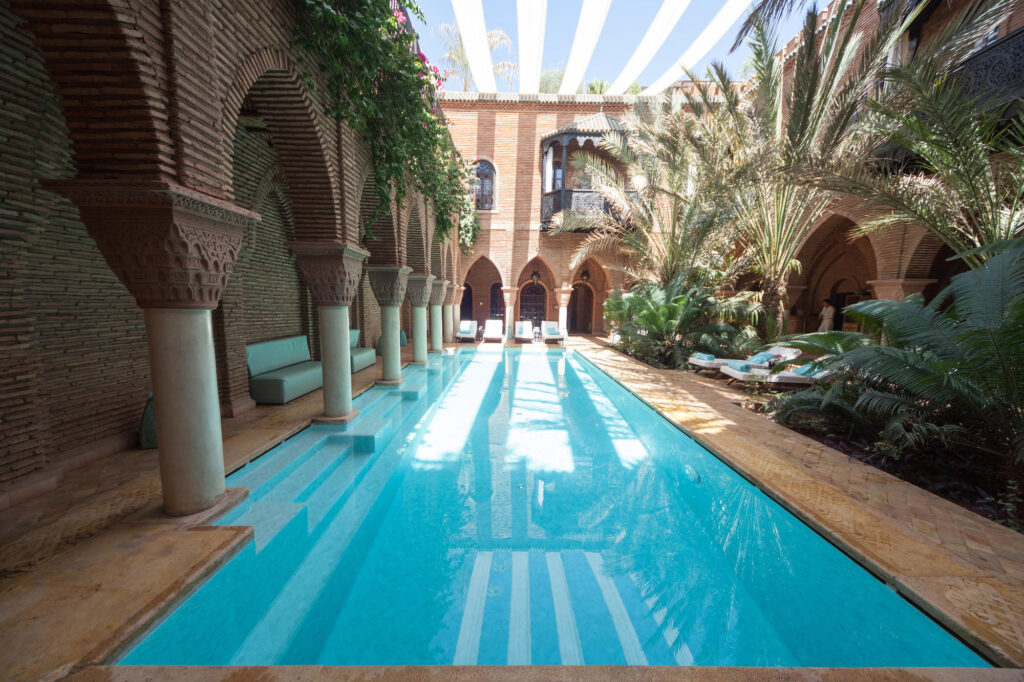 The Pool at the La Sultana Marrakech/Oyster

While everyone should experience the kaleidoscopic delight of a Moroccan souk, heading to this North African country during the summer would be a mistake. Visit in the winter, though, and the desert climate means temperatures can really drop.  That’s why September is a great time to take a trip to the wonderful city of Marrakech. While still hot, the maze of walled lanes and covered markets here provide plenty of shade from the sun while you haggle over trinkets. Positioned on the edge of the Sahara Desert, the city also provides a great jumping off point for desert tours, which are best avoided in the sweltering summer and freezing winter.

Our Pick for a Kid-Friendly Hotel in Marrakech: Four Seasons Resort Marrakech 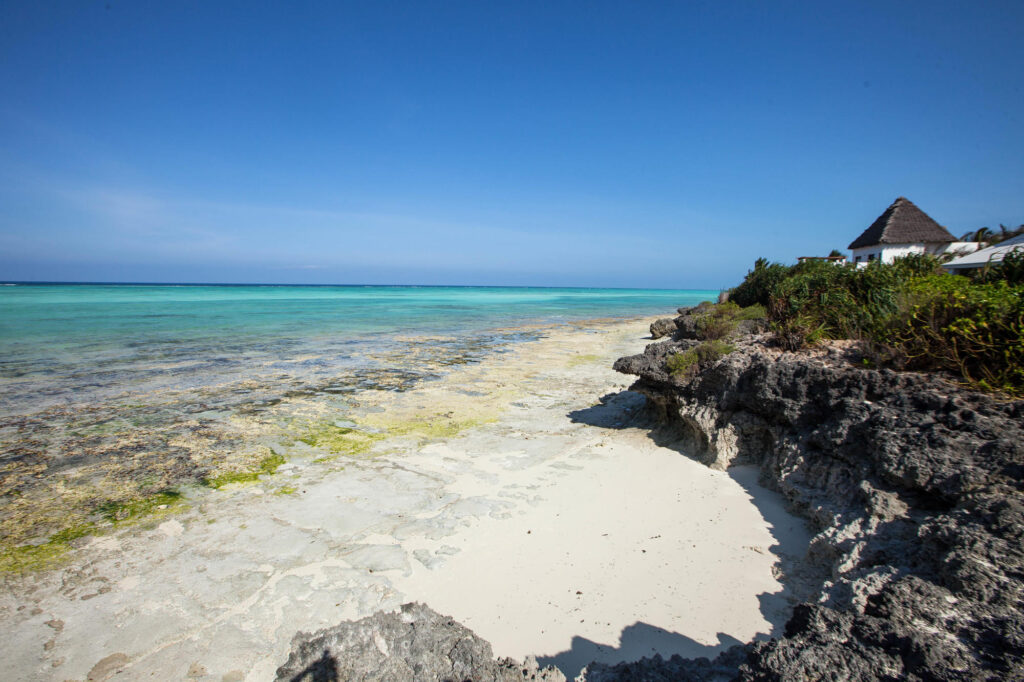 Arriving at this exotic archipelago off the coast of east Africa can feel like stepping into another world. Its gorgeous beaches combine strips of glistening white sand with impossibly blue waters, and with September being one of the driest and sunniest months here, it is a fabulous time of year to enjoy them. Many visit for the wildlife, and the middle of September offers some particularly wonderful opportunities to witness the wealth of animals, including the annual turtle hatching and the start of whale shark season. While you’re there, don’t forget to visit the UNESCO-listed Stone Town, famous for its rich and fascinating intermingling of European, Persian, and Indian cultures.

Our Pick for an All-Inclusive Hotel in Zanzibar: Melia Zanzibar 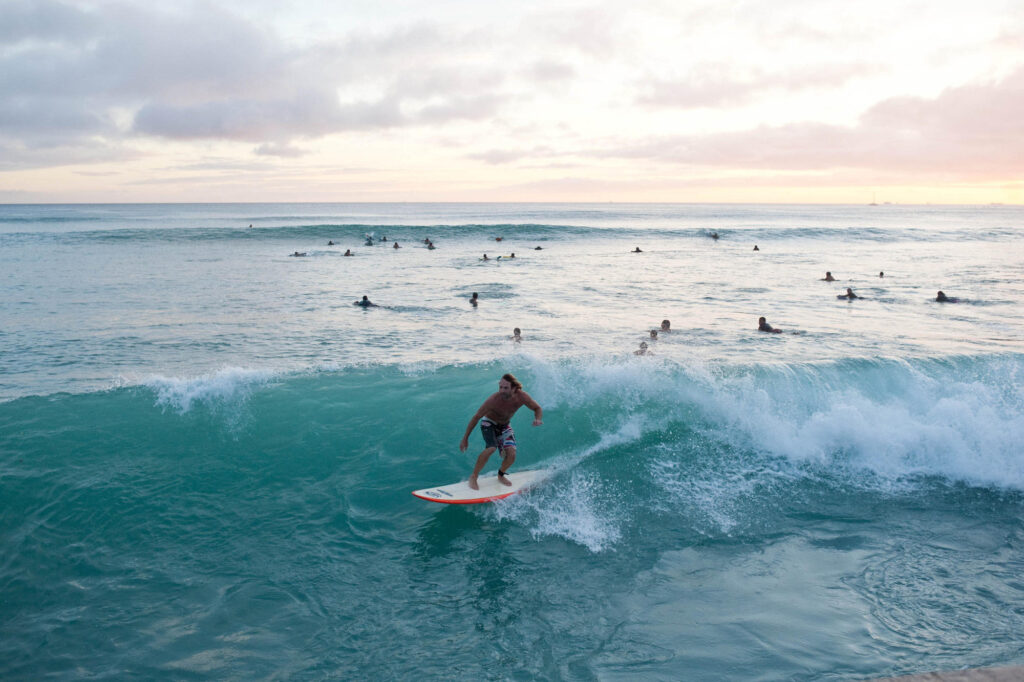 Hawaii‘s summer continues into September, with lots of sunshine, warm weather, and generally low rainfall. The other good news is that it is also one of the quietest and cheapest times to visit, with hotels dropping their rates as the number of tourists dwindles. That means great weather to enjoy relatively empty beaches and warm waters, plus of course, the famously outstanding surfing conditions. September also sees some of the best festivals, including the Aloha Festivals — a month-long program of events that celebrate Hawaiian music, dance, culture, and history. The colorful Annual Floral Parade at the end of September is also not to be missed. 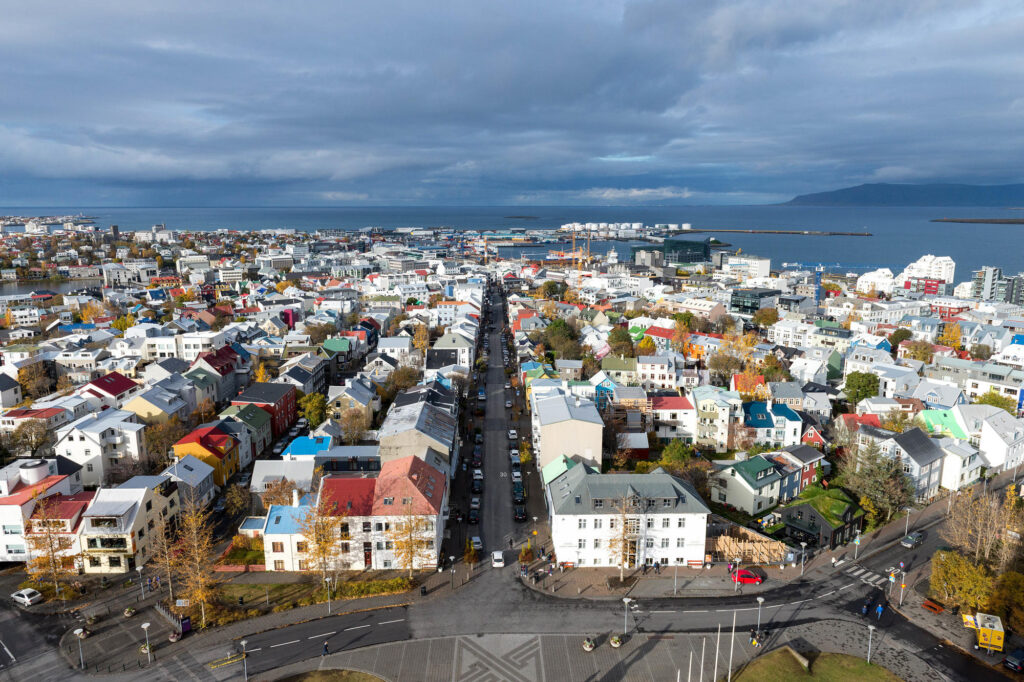 Iceland’s recent surge in popularity as a tourist destination has led to its share of summer overcrowding. Head here in September, however, and that won’t be a problem, plus flights and accommodations dip after August. While the cooler weather starts to creep in, days can reach a relatively balmy 57 degrees, and most of the island is still accessible (many roads close once the freeze returns). September also marks one of the best times to experience the Northern Lights, which can often be seen from the outskirts of the city. Movie buffs can also enjoy the Reykjavik International Film Festival, scheduled at end of the month.

Our Pick for a Luxury Hotel in Reykjavik: Hotel Borg by Keahotels

Pricing for Hotel Borg by Keahotels 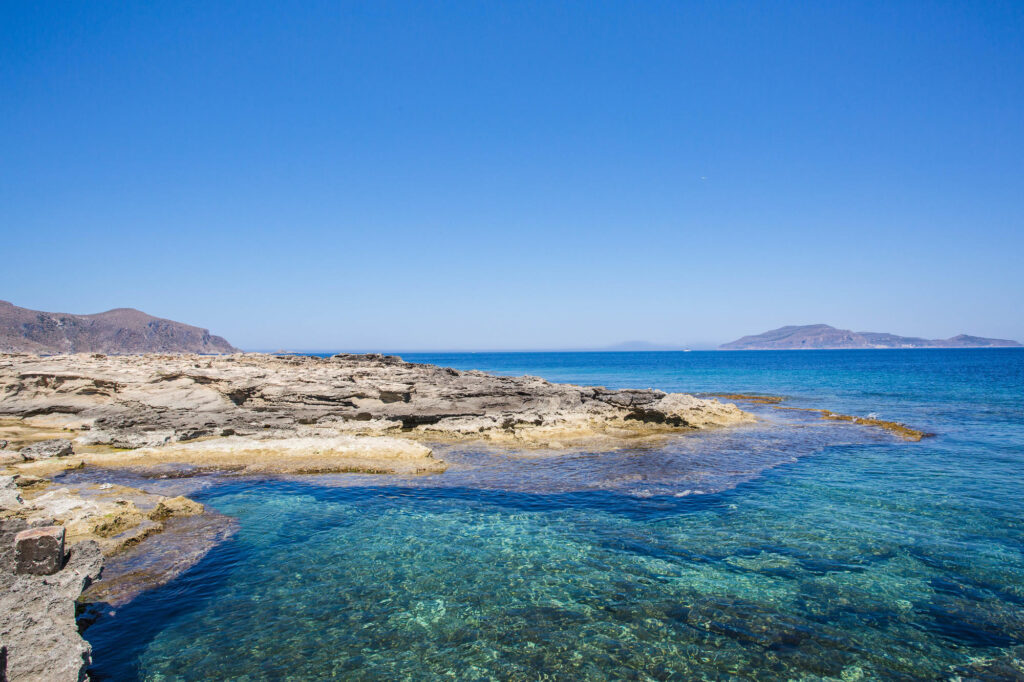 Ocean View at the Cas’almare/Oyster

While the tail end of the summer keeps things on the sultry side on this beautiful Italian island, you’ll find a lot more space on one of the fine sandy beaches in September. During this time of year, numerous festivals centered on food are also held. Just a few examples include Sagra dell’Arancino at the start of the month, the Sagra della Salsiccia sausage festival in the middle, and the ever-popular Cous Cous Fest toward the end. Sicily is a treat for foodies at any time of year, but September is an absolute joy.

Our Pick for a Luxury Hotel in Sicily: Grand Hotel San Pietro 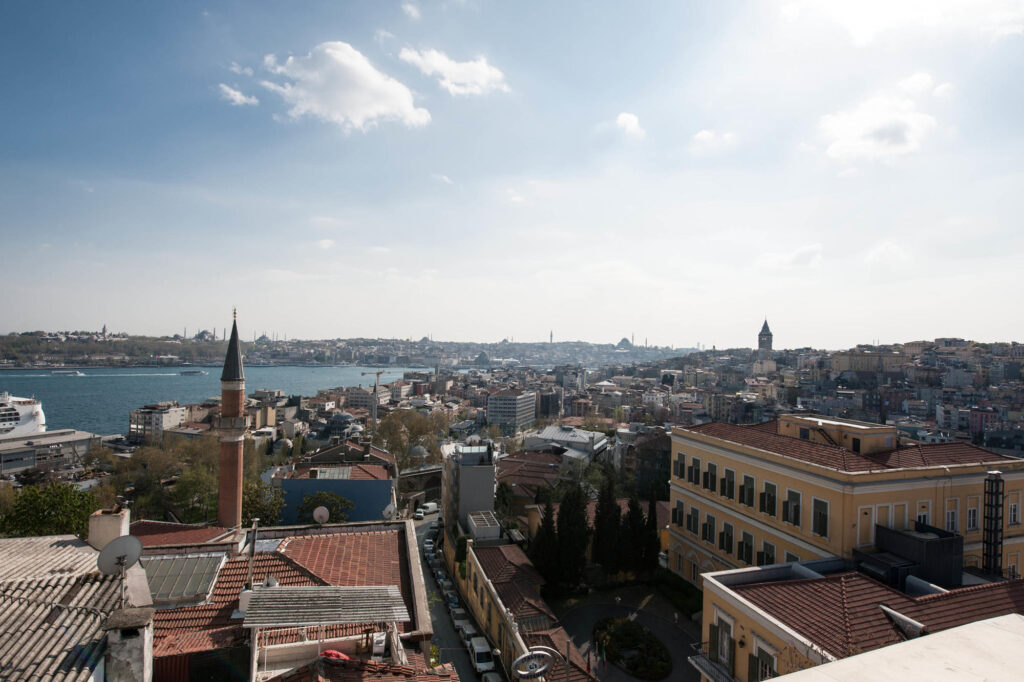 View from the Penthouse at the Witt Istanbul Suites/Oyster

The former Turkish capital is one of those destinations where the temperatures can fluctuate enormously, from hot and sticky summers to cold and snowy winters. So, all the more reason to visit this historical city at the beginning of fall, when the temperatures linger around the high 70s and the sun is out on most days. Plus, crowds are more manageable outside of the summer months, which is certainly a bonus when navigating the famously disorientating Grand Bazaar market. September also marks the start of two of the city’s big events, the arty Istanbul Biennial and the Akbank Jazz Festival.

Our Pick for a Luxury Hotel in Istanbul: Ciragan Palace Kempinski Istanbul 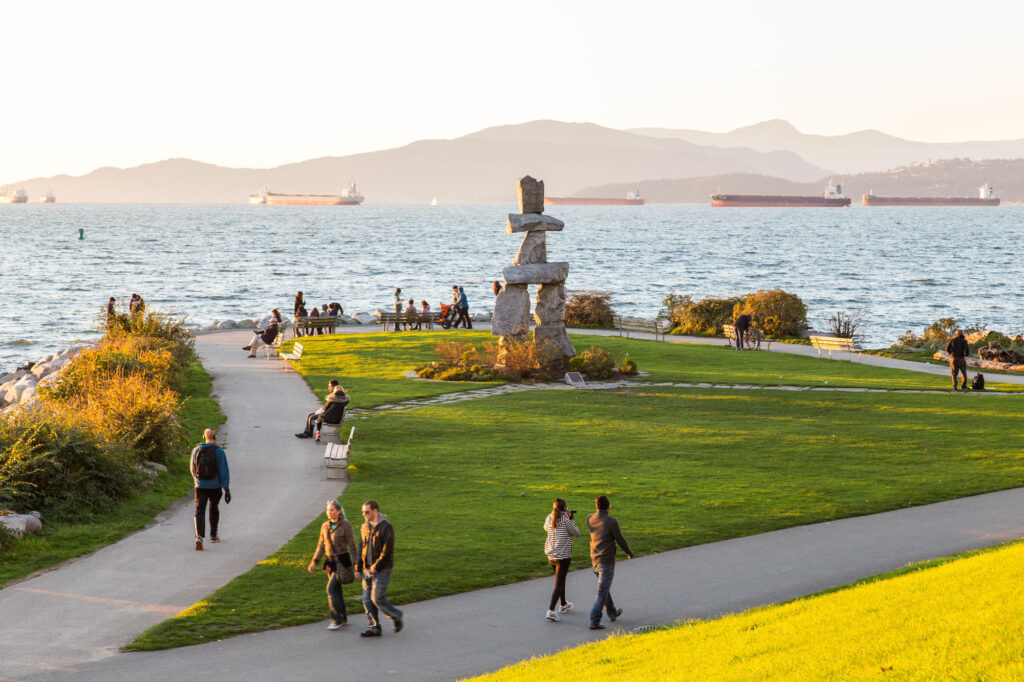 Culture vultures should head to Vancouver in September, when the city hosts a trio of art events – Bard on the Beach Shakespeare Festival, Vancouver Fringe Festival, and Vancouver International Film Festival. While the weather can always be unpredictable, September is one of Vancouver’s best months temperature-wise, though pack for the odd spot of rain. It’s also a great time of year to explore the surrounding British Columbia countryside and its many activities, including hiking, cycling, and camping. Visiting outside of the summer and skiing seasons means hotel rooms can be found at bargain rates.

Our Pick for a Luxury Hotel in Vancouver: Shangri-La Hotel, Vancouver 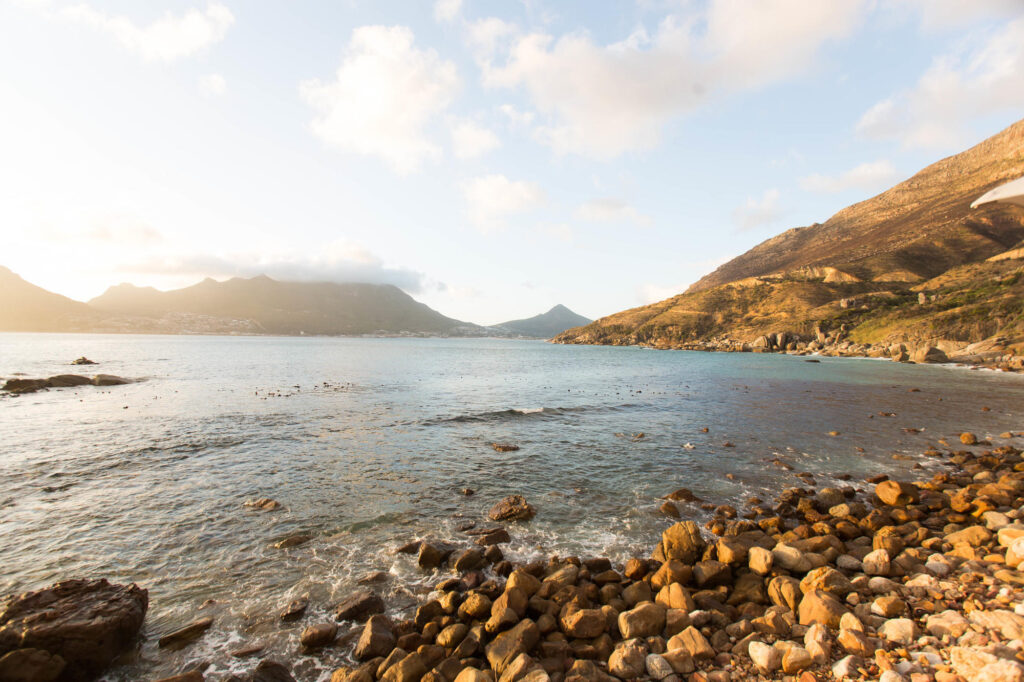 The first of September marks the start of spring in Cape Town, bringing pleasantly mild temperatures and a kaleidoscopic explosion of wild flowers in the surrounding countryside. Oenophiles will love the Franschhoek Uncorked Festival, a two-day wine event, while theater fans can enjoy the Cape Town Fringe Festival (both in September). Fresh temperatures make it a good time of year to take advantage of the area’s many cycling and hiking paths, plus September is peak whale-watching season — the nearby town of Hermanus hosts the popular annual Whale Festival at the end of the month.

Our Pick for a Romantic Hotel in Cape Town: One&Only Cape Town Dublin‘s cultural calendar really kicks off in September, with the Dublin Theatre Festival and Dublin Fringe Festival. Early in the month, visitors can check out the Dublin City Liffey Swim, when hundreds of swimmers race through the middle of the city. Like the original Munich beer fair, Oktoberfest also starts early in Dublin — mid-September, in fact — and is one of the best outside of Bavaria. Hotel rates tumble with the temperatures, so pack jumpers and bag a bargain.

Our Pick for a Luxury Hotel in Dublin: The Merrion Hotel

Pricing for The Merrion Hotel 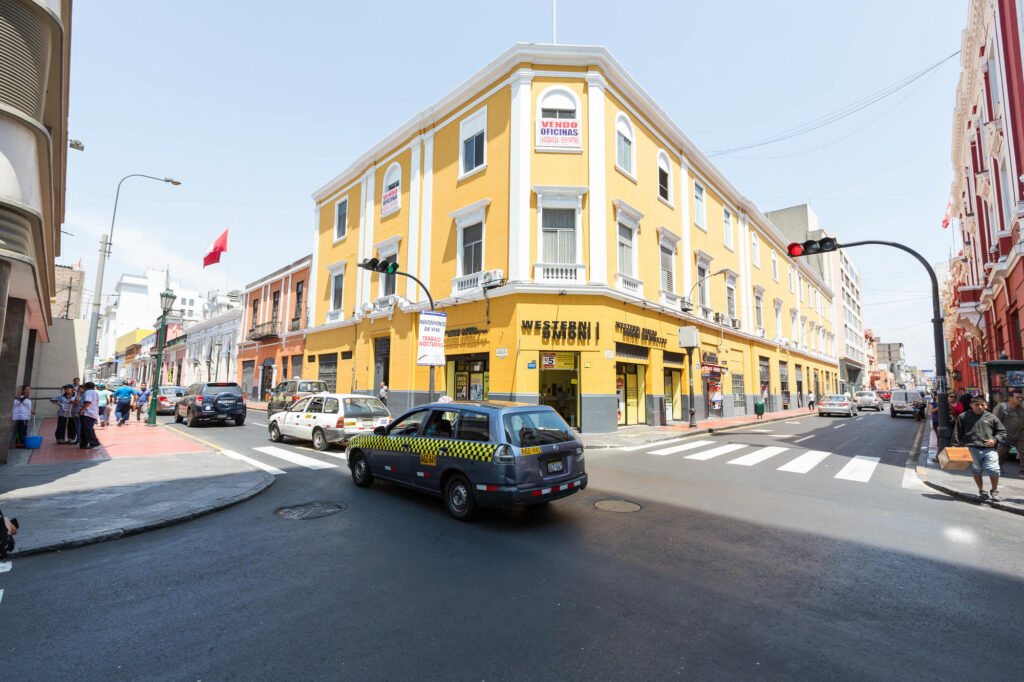 Street at the Hotel Continental Lima/Oyster

Peruvian cuisine has taken the gastronomic world by storm as of late, and firmly established Lima as one of Latin America’s culinary capitals. In September, the 10-day Mistura Culinary Festival showcases the best of the country’s cooking and attracts over a half a million visitors who chow down at over 200 eateries. You can always find cheap accommodations in the Peruvian capital, especially during this time of year. Plus, in the beach towns north of Lima, the weather is still pleasant and rates are far easier on the pocket.

Our Pick for a Luxury Hotel in Lima: Country Club Lima Hotel – The Leading Hotels of the World