Decades ago, going through security was as simple as throwing your bags -- everything still packed nice and neat -- onto a scanner belt and then breezing through a metal detector. However, the tragic events of September 11, 2001 called for stricter security measures, and less than two months later, the Transportation Security Administration (TSA) was created. It’s no secret that going through the TSA security line is a drag. It’s a hard, thankless job, and we find it best to avoid annoying the agents. Here are 14 different things you might be doing that are guaranteed to piss off a TSA agent. 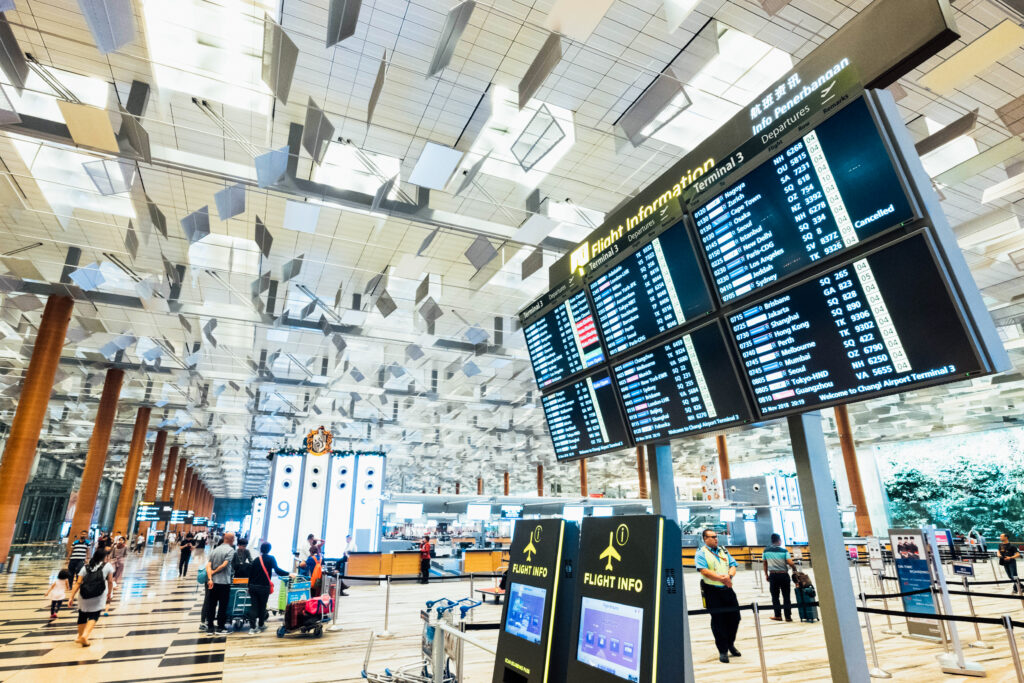 1. Not Having Your ID and Boarding Pass Out

First things first: Keep your ID and boarding pass handy before even making it to the security agent. Chances are, there’s a line, so you likely have plenty of time to fish it out before reaching the podium. Searching for your documents at the last minute will not only hold up the queue, but also cause the agents to become annoyed.

2. Trying to Sneak Through the PreCheck Line

Sure, accidentally wandering into the PreCheck line is forgivable, but some folks who haven’t signed up for the service attempt to sneak through and reap the benefits of the expedited security line. We don’t blame them — on the PreCheck line, travelers need not remove their shoes, belts, outerwear, electronic devices, or toiletry bags. However, this is a paid service (some credit cards will reimburse you for the annual fee) and TSA agents don’t want to be bothered by people who wrongly jump into the fast lane.

3. Not Taking Off Your Shoes

While we have been in a few airports where this isn’t a requirement, removing your shoes is a pretty standard TSA rule. It’s also an easy way to pick out the seasoned travelers from the newbies — the latter usually has footwear that isn’t easy to remove (pictures lots of straps, laces, and buckles). Forgetting to take off your shoes or waiting until the last minute to remove them can slow down the line and tick off most TSA agents in the process.

4. Forgetting to Empty Your Pockets

Be it a rogue coin or chapstick, make sure your pockets are empty of everything. Not doing so can hold up the line or cause extra work for TSA agents. What’s worse is when someone is flagged by the scanning machine and then needs to be searched by an agent — all while their bags, now on the other side of the belt, are waiting to be picked up, creating a a backlog.

5. Abandoning Your Bags on the Belt

TSA agents posted along the scanner belt are there to make sure everyone does what they’re supposed to do, so the line can move as quickly as possible. Though it’s not always stated, you’re supposed to wait with your belongings on the belt until they’re on the final stretch heading into the scanner. Walking away from your bags before they hit this crucial point frustrates TSA agents for two reasons. Theoretically speaking, another traveler could shove something into your bag at the last minute, causing you to get flagged and searched — a huge, time-consuming hassle for everyone involved. Your luggage may also get stuck before going into the scanner, if you’re not there to push it through, causing a pileup.

6. Attempting to Sneak in Liquids Over the Size Limit

You might not agree with the 3.4-ounce (or 100 milliliter) liquid rule, but you still have to abide by it. Arguing with the TSA agent over a slightly larger bottle of shampoo, or whether or not your hair wax constitutes as a liquid, isn’t going to get you anywhere but in their bad books. If you try and hide anything over the limit in your carry-on, the scanner will pick it up, your bag will be pulled aside and searched, and the TSA agent will be very annoyed. Tip: There are exceptions to the rule, but they are reserved for necessary items like baby food, breast milk, and certain medications.

7. Forgetting That Water Bottle Stashed in Your Bag

Much like forgetting to empty your pockets, you can ruffle feathers when leaving that half-full water bottle in your bag. You and your bag will be pulled aside and searched, and the TSA agent will probably roll their eyes when they uncover that bottle.

8. Not Taking Out Your iPad (or Other Devices Larger Than a Cell Phone)

Gone are the days when you only needed to take out your laptop. As our portable electronic devices get more and more complex, they seem to pose a higher risk to security agents. As of now, anything larger than an average cell phone must be removed from your bag and placed into a bin. If you think you’re being smart by leaving it in, think again. You’ll most likely be flagged, searched, and given some serious side-eye.

There are over 1,000 dogs working the TSA security circuit, and no matter how cute they look, resist the urge to bend down and pet them. This may be tough since many of the traditional German Shepherds are being replaced with even cuter, less-threatening breeds, like Labradors. Petting any K9 dog is forbidden, as they have undergone specific training to detect explosive devices and other illegal contraband that may be hiding in luggage. They aren’t pets — and reaching out to touch one is a guaranteed way to get barked at by their TSA handler.

10. Talking on Your Phone While Going Through Security

Your conversation can (and should) wait as you go through the TSA security screening process. Talking on your phone while in line is distracting for other travelers, TSA agents, and yourself. Plus, it can cause you to miss out on any important announcements. Step through the scanner while you’re still on your phone and you’re sure to invoke the wrath of several TSA agents. Be respectful and wait to make or take that call until you’re through security.

Joking about terrorism and hiding weapons while going through security is not funny, and it can get you in big trouble. TSA agents are trained to not overlook any joke. All threats, including off-color remarks, will be taken seriously. You will be taken aside — possibly for more than a simple screening. Best-case scenario, you annoy a slew of TSA agents; worst-case scenario, you’re put on a terrorist watch list.

12. Placing the Wrong Items in Bins or Directly on the Belt

Chances are, the TSA agent along the belt has been repeating what to take off, pull out of your bag, and where and how to place them over and over. It’s unlikely that you’ve missed their instructions, so not following them exactly is fair grounds for annoyance. Don’t hold up the line, and place your items in the appropriate spots.

13. Asking to Skip the Line Because You’re Going to Miss Your Flight

TSA agents aren’t responsible for the traffic you encountered on the freeway, your poor connection time, or the fact you chose to live on the edge by cutting it close with your check-in time. Begging a TSA agent to skip the line is annoying for everyone. They do have the power to let you through, but you shouldn’t expect them to flex it.

14. Trying to Carry CBD or Cannabis Products Across State Lines

CBD and cannabis are legal in several states, but that doesn’t mean you can travel with either — even if it’s allowed where you takeoff and land. Airports in Las Vegas and Los Angeles have receptacles where you can ditch your cannabis products, including edibles and oils, before going through security. Not disposing of these items could hold up the line and ultimately annoy security agents, though we’re not entirely sure what happens to all the confiscated products at the end of the day.