A distinctly modern icon and a property dating back to the 1890s are the most luxurious hotels on New York City’s Upper West Side.

See All Upper West Side Hotels
1 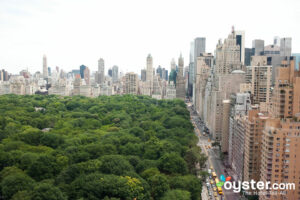 Sure, when one thinks of classic New York hotels, old-timers like the Plaza and the Pierre come to mind. But the Mandarin Oriental is a New York icon of a different ilk. Built in December 2003, the 244-room hotel towers 54 stories above Central Park on the Upper West Side. With a prime location, great views, and one of the best spas in the city, it's a strong contender in the category of modern classic. The rooms further make the case for new over old with large, luxurious bathrooms that include deep soaking tubs -- even in the least expensive standard rooms -- and hi-tech HD entertainment systems with surround sound. Among the city's most luxurious hotels, older isn't always wiser. 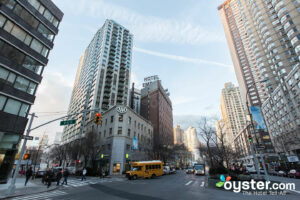 This 422-room hotel's proximity to Central Park, sultry atmosphere, and rooftop bar and pool make it an attractive -- but significantly less luxurious than the Mandarin -- option on the Upper West Side. Rooms, while warmly decorated in deep earth tones, are quite small, and come with a slew of extra fees, like charges for Wi-Fi and use of Keurig coffeemakers.