Sao Paulo is one of the biggest cities on the planet, but there’s so much more to it than sheer size and sprawl. The city’s cosmopolitan residents and visitors enjoy some of the best shopping, dining, and nightlife in the world. Life is stylish here: Sao Paulo’s art scene is second to none, its entertainment and recreation options seem infinite, and its pace is fast. Your trip to the mega-city will certainly go smoother if you know what pitfalls to avoid. Here, we tell you what not to do in Sao Paulo. 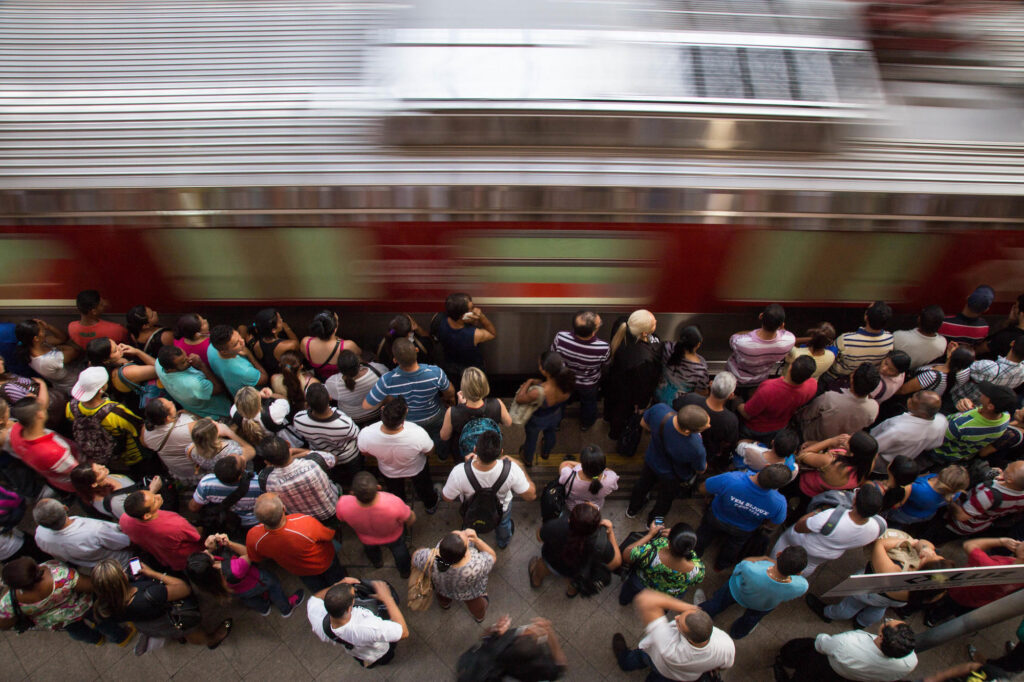 Sao Paulo is not a city you can explore easily on foot. For one thing, the heat will exhaust even the most intrepid walkers, so a dip in the AC of a car of subway will be a blessed relief. Second, at 576 square miles, Sao Paulo sprawls to nearly double the size of New York City. Pockets of the city (the impressive stretch of Avenida Paulista and neighborhood enclaves) are certainly lovely to walk around, but plan on a vehicle or subway to get from point to point.

2. Renting a car in Sao Paulo.

Booking a rental car for Sao Paulo isn’t the way to go for most visitors — driving is defined by crazy traffic, limited parking, and fearless fellow drivers. Uber is extremely popular and ridiculously cheap in Sao Paulo — far cheaper than taxis. Sao Paulo’s system of six color-coded subway lines is easy, reliable, and safe. Buses are plentiful but tough to navigate if you don’t know Portuguese. Stick to the subway or Uber in Sao Paulo. 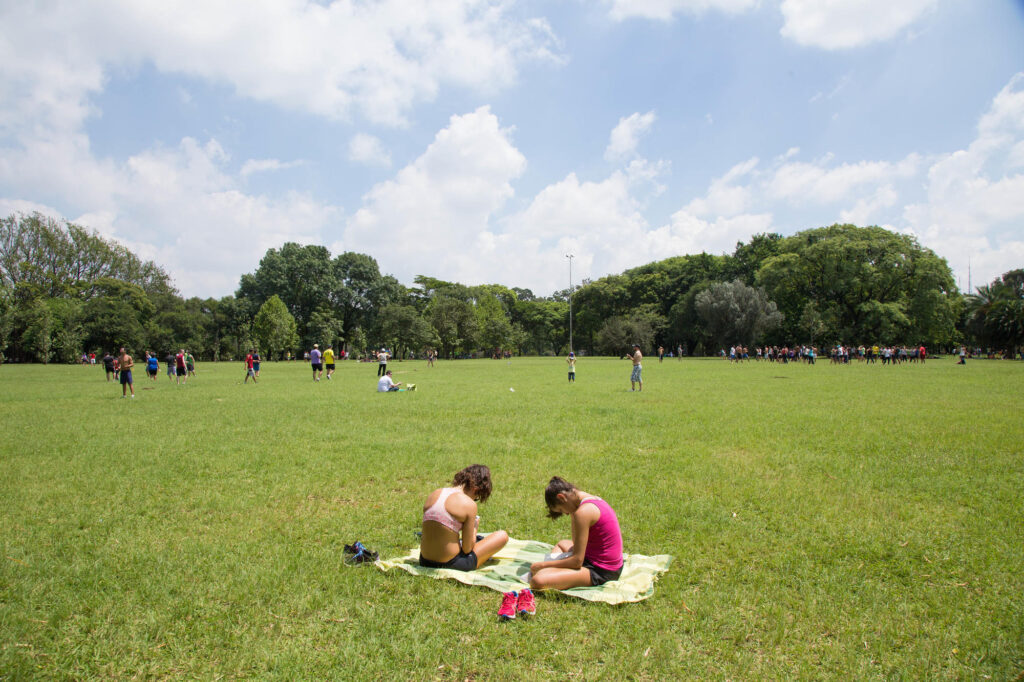 Sao Paulo is very much not Rio. While Rio has some of the most distinctive and gorgeous scenery of any city on earth, Sao Paulo is inland (no beautiful beaches) and mostly flat (no striking mountains, no jungle-covered hills). There are swaths of beautiful greenery, such as Trianon Park, a shady patch of native forest, and large Parque Ibirapuera — SP’s version of New York’s Central Park — complete with ponds, bridges, and cultural sites like museums and a planetarium. Just don’t expect the sort of staggering natural features of Rio.

While booking accommodations outside of the central area works for some destinations (like Brooklyn for a New York trip or Oakland for a San Francisco trip), it’s in travelers’ best interests to stay central in Sao Paulo. Getting around Sao Paulo is a major time suck and will very likely prevent visitors from maximizing their precious hours in the city. Our advice? Pick one of the 50-plus hotels in the tourist-friendly Paulista and Jardins areas.

5. Not asking for a high room in Sao Paulo. 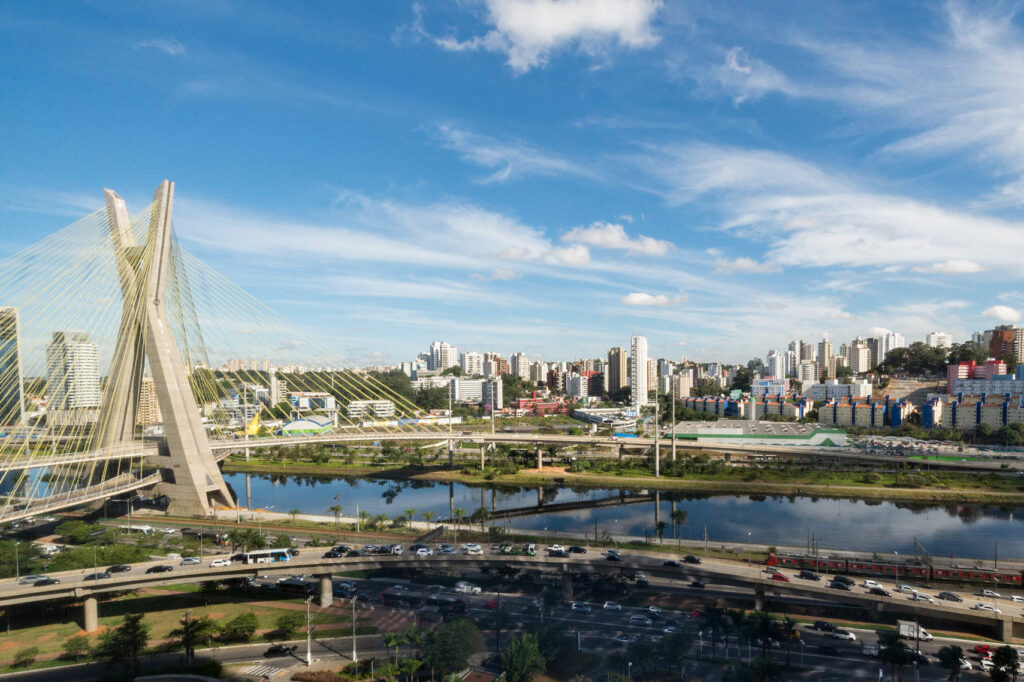 If you’re staying in a high-rise hotel like the Renaissance or the Hilton Sao Paulo Morumbi, request a room on a high floor, if possible. This will get you amazing views, of course, but it’ll also ensure more of a buffer between you and Sao Paulo’s infamous street noise.

6. Not preparing yourself for Carnival in Sao Paulo.

Sao Paulo’s Carnival craziness might not quite reach Rio levels, but make no mistake — Sao Paulo during Carnival is insane. Sound trucks, mechanized floats, and parades of sparkly partiers fill the streets. It’s sensory overload, but keep your wits about you. Bring just the cash you need, skip jewelry, wear cheap sunglasses, drink lots (and lots) of water, apply sunscreen regularly, and establish meet-up points with your party in case of separation. 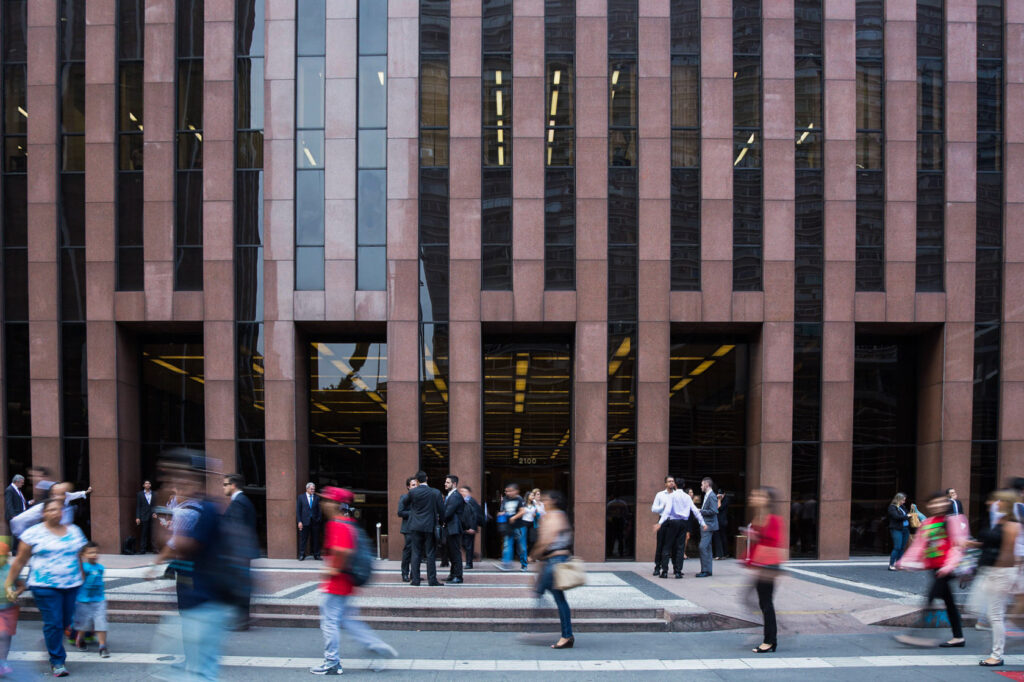 The thought of going to Brazil might fill your head with visions of sarongs, shorts, caftans, and swimsuits. While it’s true that a suitcase full of beachwear will suit you well for Rio, Ilha Grande, and other Brazilian islands, you’ll need to step it up for Sao Paulo. As the economic capital of Brazil, Sao Paulo is worldly and wealthy with urbane residents dressed to the nines at all times. We’re not saying to wear only designer duds, but pack smart, sleek clothing and footwear. And if you’re not pairing Sao Paulo with trips to Rio or other coastal destinations (but you really should!), you won’t need beach garb, as SP is about 40 miles inland.

You’ll want to dress well for your entire Sao Paulo trip, but save your favorite outfit for Vila Madalena, the bohemian quarter stuffed with avant-garde art galleries, quirky shops, and incredible street art. Selfies will most certainly be in order on Beco do Batman, a winding alley of bold and beautiful murals, so this is the time to break out bright solid colors or floral prints, fun accessories, and non-ugly shoes. 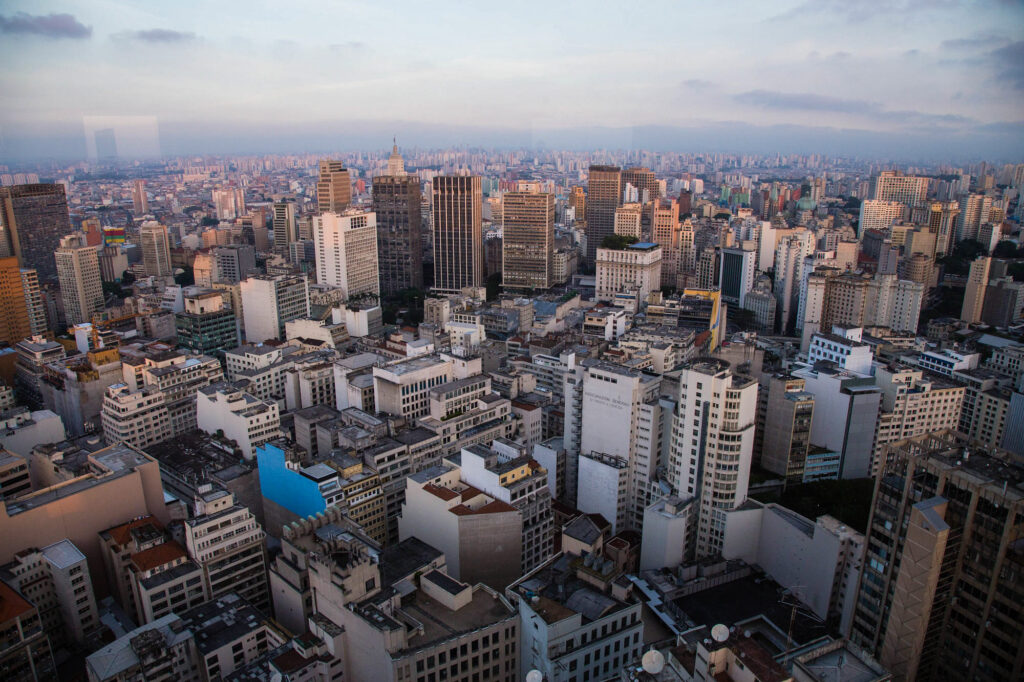 Though looking sharp is important in Sao Paulo, avoid wearing showy jewelry or handbags or flashing cash or expensive tech. Keep your belongings close to your person at all times and be extra-cautious while in Centro (the downtown district) and when withdrawing reals from the ATM. And be sure to monitor the credit and debit card activity in your accounts, as card cloning or skimming is a possibility.

It is no exaggeration to say that shopping in Sao Paulo is second to none. For an intro, window shop your way down Rua Oscar Freire — Sao Paulo’s answer to Rodeo Drive. (Printed rubber sandals from the Havaianas flagship here make for great souvenirs.) To dial up the extravagance, head to Cidade Jardim or another one of SP’s opulent malls, and to dial it down, check out the indie boutiques around the hip Vila Madalena and Pinheiros neighborhoods. Just be aware that many stores are closed on Sundays in Sao Paulo.

11. Missing a market in Sao Paulo. 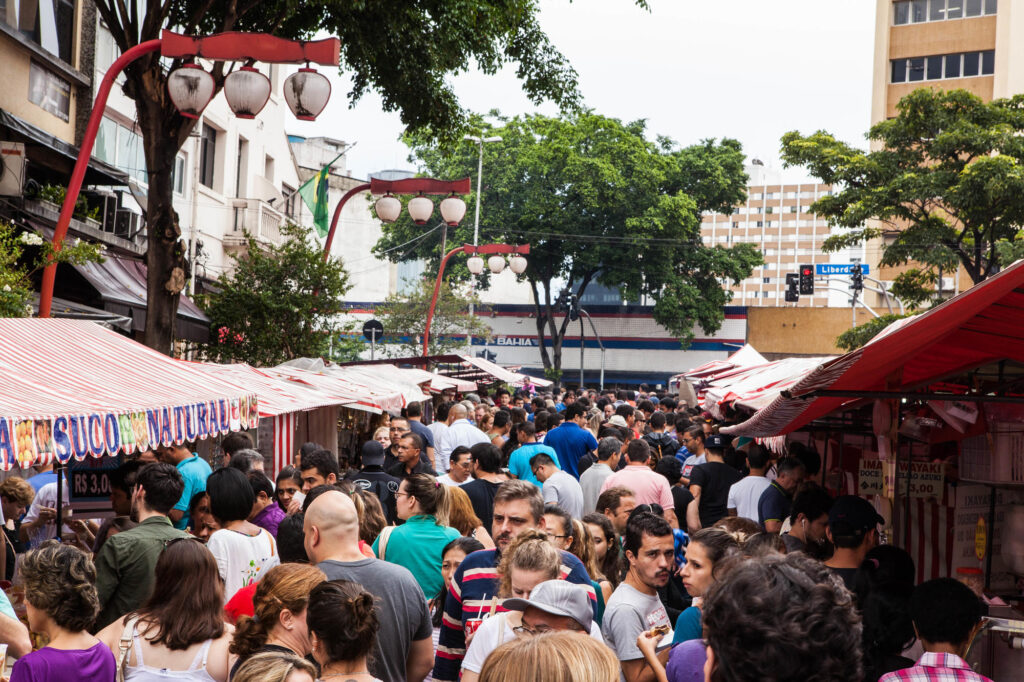 Markets are big in Sao Paulo. If the timing works out, visit the Feira do Bixiga flea market on Sundays, the antiques fair below MASP (Museu de Arte de Sao Paulo) on Sundays, and the Japanese crafts/food fair in Liberdade on weekends. Even if your trip doesn’t coincide with a weekend, you can keep an eye out for vendors selling crafts and jewelry around the city and at hot spots like Mercado Municipal of São Paulo and Parque Ibirapuera.

All-you-can-eat steakhouses and the national dish of feijoada (stewed black beans and pork) might be tasty enough for every meal, but then you’d be missing out on the far-ranging culinary delights on offer. Sao Paulo is truly a city of the world, with everything from Lebanese to French to Korean barbecue. Visit Bela Vista, Sao Paulo’s Little Italy, for charming Italian cantinas and pizzerias, and Liberdade for Chinese, Korean, and Japanese restaurants.

13. Hitting the clubs like an amateur in Sao Paulo. 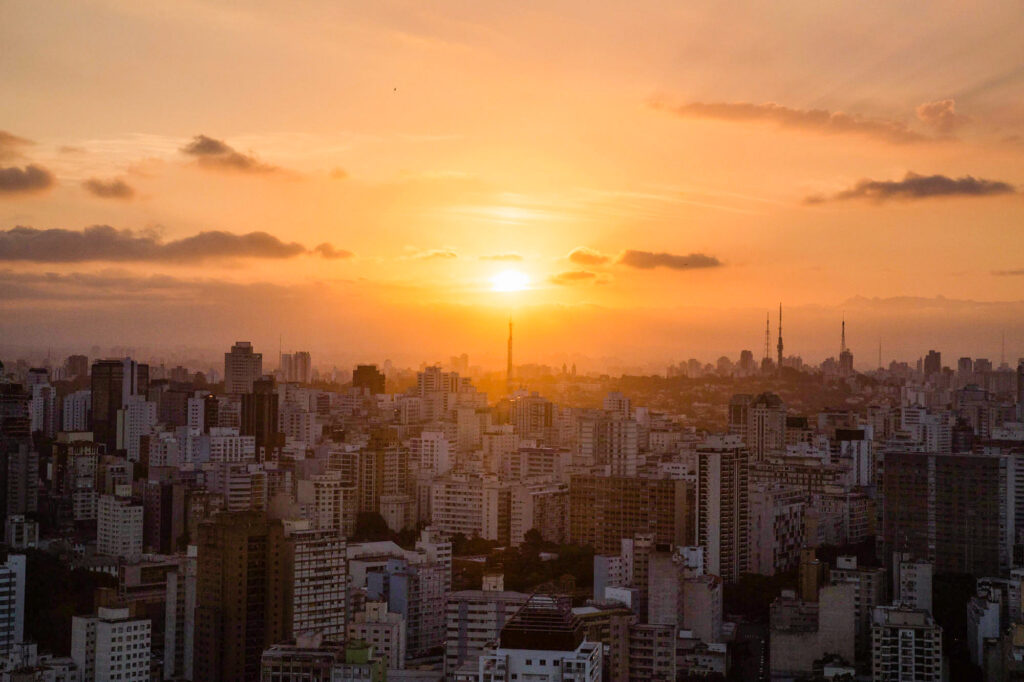 To experience Sao Paulo nightlife like a pro, you’ll need to follow some guidelines. First, figure out where you want to go. SP’s club scene is endless with spots specializing in everything from live rock to bossa nova to tango to house to samba to Brazilian pop. Though clubs don’t really fill up until midnight or later, it’s smart to go earlier to avoid long lines. Be prepared for the entry fee, which can soar at more upscale establishments. Settle your tab before the end of the night, when bars amass long lines of clubbers trying to pay up. And always take a car or Uber to get back to your hotel. 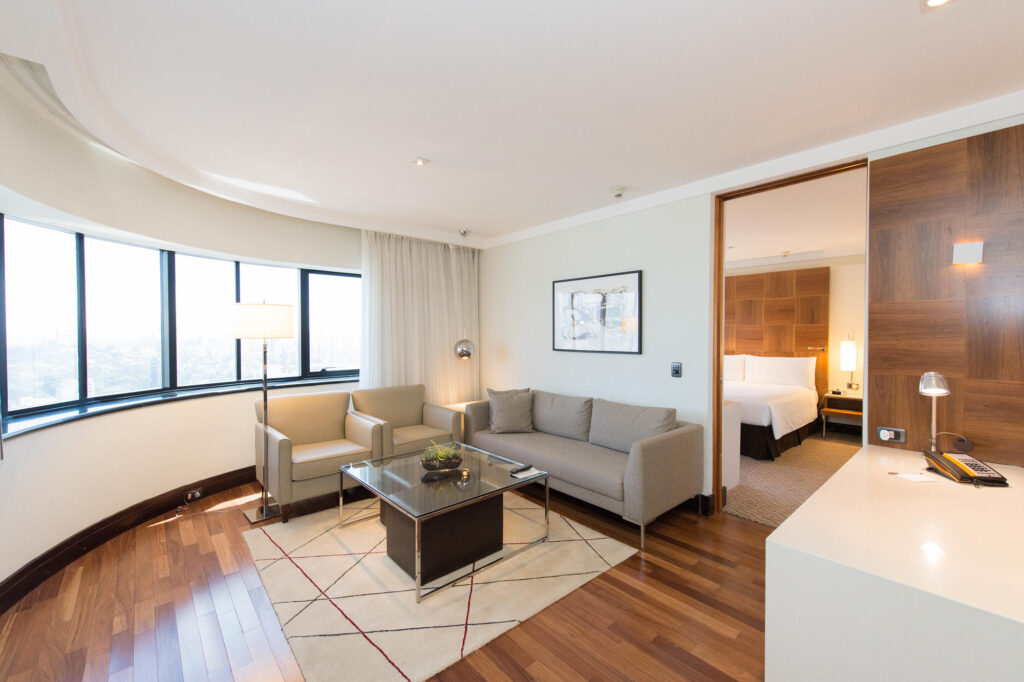 The Stanford Suite at the Renaissance Sao Paulo Hotel/Oyster

The upscale Renaissance Sao Paulo is a formidable presence in the leafy Jardins neighborhood, one block from Avenida Paulista (free walking tours are provided). Inside, the atmosphere is cosmopolitan and chic, like Sao Paulo itself. The hotel’s 444 rooms and suites are a highlight, each with spacious marble bathrooms, flat-screen LCD TVs, and city views. Hot? There’s a nice outdoor pool area with a few lounge chairs and a nightly reception with a free drink.