The region of Tuscany is on many travel bucket lists, and for good reason. Florence, the area’s capital, is home to some of the world’s most impressive Renaissance art, including Michelangelo’s “David” sculpture and the Uffizi Museum. The Uffizi holds numerous pieces of priceless art and maintains one of the largest collections in the world. Additionally, the cuisine is world-renowned, especially the superb wine from the Chianti region. For this reason, Tuscany receives a high volume of tourism, which can become excessive in the summer months. Proper planning for a trip to Tuscany will spare you frustration with crowds. The most popular cities, such as Florence and Siena, merit attention, as do famous villages like San Gimignano, but Tuscany is home to a plethora of underrated towns in the countryside. They offer rich experiences that many visitors don’t linger long enough to discover. Here’s a list of under-the-radar destinations we’ve compiled that has something for every type of traveler.

This hilltop town lies 70 miles southeast of Florence. Cortona embodies what comes to mind when envisioning classic Tuscany — quaint piazzas, a beautiful domed cathedral, picturesquely crumbling building facades, and dining alfresco. The town gained popularity following the film, “Under the Tuscan Sun,” which was mostly set in Cortona. Despite the increase in tourism, Cortona possesses charm and attractions that make it worthwhile. The Etruscans had developed Cortona into a powerful city-state by 600 B.C. and evidence can be found throughout the city’s architecture. Head underground to further explore Cortona’s Etruscan past. Beneath the palazzo holding the museum, visitors can view artifacts stored in the ancient cellars. Additionally, of the tombs sites just northwest of Cortona can be visited. After learning about the vanquished Etruscans, consider immersing yourself in Tuscan cuisine with a cooking class at Relais Il Falconiere, a one-Michelin-starred restaurant. For entertainment, the Teatro Signorelli, located off a piazza bearing the same name, hosts impressive performances.

A Historic Hotel Pick in Cortona

Marciana Alta is located on the island of Elba (which is still part of Tuscany) in the Tyrrhenian Sea. This is the island where Napoleon was banished to, and he was certainly fortunate to be exiled to this scenic isle of all places. History buffs will be glad to know that both his winter and summer residences are available to tour. The town of Marciana Alta is perched at over 1,200 feet in Elba’s interior. The town is situated in and around a Pisan Fortress. The narrow and winding streets are only accessible by foot. From here, the peak of Mt. Capanne is a mere 14 minutes away by funicular. From the 3,343-foot summit, the view of Elba, the sea, and surrounding islands is spectacular. Elba is very popular with day-trippers and becomes rather crowded in the summer months. Most of the crowds are contained in the coastal port towns, especially Portoferraio. Marciana and the island of Elba make an excellent destination for both leisurely and active travelers. Spend time cycling to beaches, castles, and churches, or relax at a neighborhood cafe with a glass of local wine. Fresh seafood is also in great abundance. Portoferraio is the easiest entry point on the island, which can be reached by 20-minute ferry from Piombino on the mainland.

This small town is settled between the Tyrrhenian Sea and Lake Massaciuccoli, and is less than 30 minutes from both Pisa and Lucca. The popular beach town of Viarregio lies just to the north as well. Torre del Lago gained attention when Giacomo Puccini, a famous Italian opera composer, built his villa there from an old watchtower. In honor of his work, Puccini’s name has recently been added to the town name of Torre del Lago. Today, his lakeside villa operates as a museum dedicated to his work and life. A summer music festival, also bearing the name Puccini, takes place near the lakeshore during July and August. The Puccini Festival’s lineup consistently includes some of the most famous names in opera. Beyond its operatic flair, the lake makes for a very tranquil setting, and the Oasi di Massaciuccoli protected wetland area provide an afternoon of bird watching and hiking along the boardwalk trails. The walled cities of Lucca, the Leaning Tower of Pisa, and the coastal promenade in Viareggio are all just minutes away, too.

A Historic Hotel Pick in Pisa

Pitigliano, also know as little Jerusalem, is situated in the southern reaches of Tuscany. The village was founded by the Etruscans but received many Jewish settlers in the early 16th century. Having fled the Roman Papal states, the Jewish population was integrated into Pitigliano society, and the old synagogue still remains. The Jewish quarter isn’t difficult to find in this pint-size town. The museum is well worth a visit, too. Heading west from the plateau upon which Pitigliano is perched, a series of carved paths permeates the rocky landscape. These paths are called Vie Caves, and they were built by the Etruscans in the Bronze Age. Pack some local cheese and delicious cured meats for your adventure into these ancient tomb-lined pathways. Pitigliano is situated some distance from the major towns, but it’s well worth the effort to visit.

Known as the City of Artists, historic Pietrasanta is not a typical hillside, walled town. Its fame comes from its proximity to marble quarries in the Apuan Alps and the subsequent sculptures. The town has numerous galleries exhibiting works by local and international artists. The Bozzetti Museum displays beautiful pieces produced by international sculptors who flock here to work with marble in Pietrasanta’s artisan workshops. The town also features an immense duomo, which is as one might guess, built from marble. After admiring the exterior form the charming Piazza del Duomo, enter to admire the impressive murals inside. Pietrasanta is conveniently located near along the train line from Genoa to Rome. It is only about 22 miles from Pisa and makes for a great base to explore further north into Tuscany and the five scenic towns comprising Cinque Terre in Liguria.

An Upscale Hotel Pick in Pietrasanta

You’ll want to practice your Italian accent before braving the pronunciation of Monteriggioni. The entirety of this ancient village is enclosed within a fortified citadel. The stone walls are topped with 14 towers. The imposing structure was built between 1214 and 1219 by the Sienese as a defensive fortification against the Florentines. Monteriggioni relives its Medieval origins each July with a festival. The Medieval Festival of Monteriggioni is entering its 26th year of celebration and promises to treat spectators to music, dance, feasts, and merriment for all. Monteriggioni is conveniently located just 10 miles northwest of Siena.

A Historic Hotel Pick in Monteriggioni

Wine lovers should make their way to Greve, a small town located in the Chianti region between Florence and Siena. The roads through Chianti are incredibly scenic and make for an exciting road trip — stops should be made at local wineries, like Querciabella and Castello di Querceto. Tastings can easily be arranged at both, and the Super Tuscans at Querciabella are highly recommended. The Piazza Matteotti serves as the main square for Greve, even if it’s triangular. Butchers, olive oil vendors, and artisanal craftmen sell their goods in the shops around the piazza. Just outside of town is Montefioralle, a fortified village perched less than a mile above Greve. This little village was the birthplace of Amerigo Vespucci, the famous explorer. You’ll soon forget the strain of hiking up the steep slopes once you glance the spectacular vistas below. Reward yourself with a delicious meal in Montefioralle or purchase picnic fixings from the shops in Greve.

What to Bring: Allbirds Wool Runners 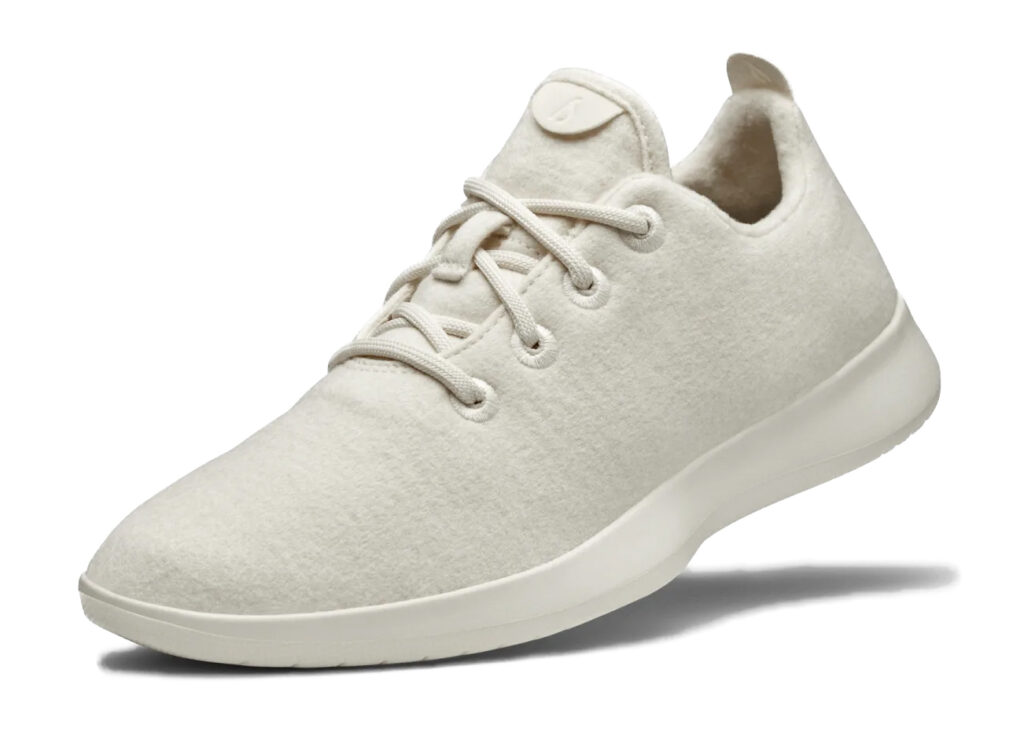 Whether you’re walking through towns or scouring vineyards, bring along a pair of Allbirds for the comfiest steps you’ll ever take.