Take a look at the best party hotels in Downtown. 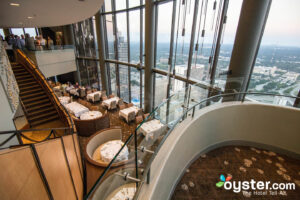 This gigantic upper-middle-range downtown hotel, with just over 1,000 rooms, is situated in one of the five tallest buildings in Atlanta and offers spectacular views from its rotating rooftop restaurant, pool, and some guest rooms. The downtown location is within a short drive (or somewhat lengthy, but doable, walk) of nearby attractions including the Georgia Dome and World of Coca Cola, making the hotel a hub of activity and popular site for conferences and celebrations. Rooms have an apartment-like feel, all with floor-to-ceiling windows, and some with spectacular views of the city. However, there is some degree of nickel-and-diming (for example, for Wi-Fi), and the giant property makes for a somewhat impersonal experience. 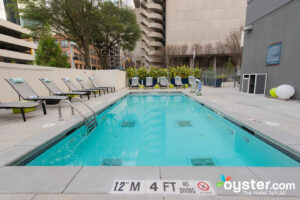 Smack in the middle of Atlanta’s bustling corporate center and walkable to several major tourist attractions, this branch of the mid-range Aloft hotel chain offers up an excellent central location. Aesthetics reflect the chain’s modern and cheery design, while the 250 rooms sport a few trendy details and perks like LCD TVs and Bliss toiletries. Regular live music, tech-savvy meeting spaces, and a self-service snackbar display the hotel’s next-generation approach, though there's no full restaurant or room service and the boisterous atmosphere can feel too loud for some guests. For a subtler, more kid-friendly hotel experience in an equally central location, guests may prefer the nearby Hilton Garden Inn Atlanta Downtown. 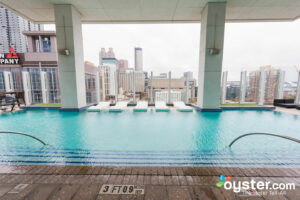 The 237-room W Atlanta Downtown -- with its sexy infinity pool and dramatic design -- is a neighborhood hot spot. Beyond the funky, design-conscious decor, the W has all the amenities travelers expect from an upscale property: a luxurious spa, a large fitness center, a restaurant and chic lobby bar, and 24-hour room service, plus an outdoor pool that turns into a popular seasonal rooftop bar by night. Rooms are spacious and modern with plasma TVs, W's trademark lush beds, glass-walled voyeur showers, and other extras, but some amenities are missing -- fridges and coffeemakers don't come standard, and Wi-Fi is only free for SPG members (the hotel's loyalty program). For an independently owned boutique alternative, guests could consider The Ellis Hotel.