Sure, the setting can makes lifeguarding a pretty sweet line of work, but patrolling a packed beach in the peak of summer can be a high-pressure job – and one that’s only made harder by certain types of behavior. Beach etiquette generally falls in the realm of common sense, but all kinds of uncalled for actions occur between the flags — and lifeguards see it all. We talked to Tyler Connaghan, a former Los Angeles beach lifeguard and writer at Fin Bin, to discover the most annoying beach behavior, according to lifeguards. 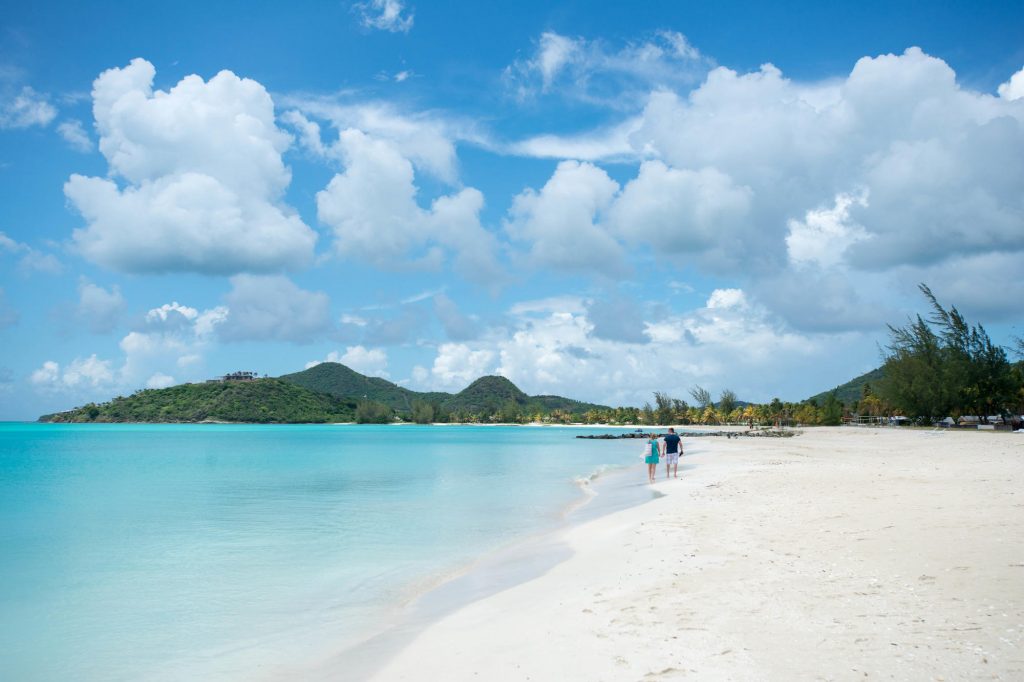 Littering on the Beach

Lugging a food- and drink-filled cooler to the beach is fine as long as you remember that what you bring must be taken home. While most people retain a sense of responsibility when it comes to discarding their own garbage, it only takes a messy minority to make litter one of the most annoying sights on the beach.

Flags and signs are there to help guide the average beachgoer, but plenty of people ignore the warnings. According to Connaghan, this is one of the most frustrating parts of the job. “One of our duties as lifeguards is to display signs to either warn or direct beachgoers. For example, there are blackball flags, which indicate no surfboards or any craft with fins are allowed in the water,” he says. “These are simple rules to follow, yet there are always people who — sometimes knowingly — break the rules. We then need to get on the loudspeaker and ask them to exit the water. And every so often, an individual refuses and we need to call the police. Depending on the situation, the police either lets the person leave with a warning, writes a ticket, or arrests them.

Digging Holes in the Sand

Yes, there is something inherently satisfying about digging a huge hole, but leaving ditches across the beach is dangerous on many levels. Sand could cave in and suffocate a child, or a lifeguard driving across the beach could wind up with two front wheels at the bottom of a hole that they didn’t spot. In short, build sandcastles — don’t dig holes.

No one likes to witness out-of-control PDA, but according to Connaghan, it’s even worse for lifeguards. “We can see a lot more from our lifeguard towers than the average person on the sand,” he says. “Of course, this view is for safety reasons, so that we can be on the lookout, but sometimes, we get more of an eyeful than we wanted. It’s fine as long as there’s nothing illegal (such as nudity) occurring, but the second there is, we need to step in. This can be annoying and very awkward.”

Blasting Music at the Beach

Sometimes, the beach gets so crowded that you can’t help but encroach on other groups. Problems arise when groups impact those around them by getting out the portable speaker and pumping up the volume. Lifeguarding is a tough enough job without having to mediate between groups arguing over the decibel levels of someone’s playlist.

Partying Hard on the Sand

In addition to blasting music, beachgoers should not treat the sand like their own private party spot. Connaghan says, “Drama, fighting, drugs, and alcohol aren’t just things that exist at parties or bars — they happen at the beach all the time. Lifeguards need to step in and resolve the situation. It can be challenging and annoying at times, especially if the individual or group is intoxicated and irrational.”

Smoking on the Beach

Wouldn’t it be nice to walk along a beach where you didn’t have to deal with cigarette butts getting stuck between your toes? Smoking on the beach near others – especially children — is not only harmful (and often banned), but dropping butts in the sand is particularly annoying.

Not Watching Your Kids on the Beach

Smartphones have been blamed for causing a spike in beach and poolside accidents, due to their ability to distract even the most diligent parents, but kids running on the beach unsupervised is by no means a new phenomenon. “One of the most annoying beach behaviors that we see is parents who don’t pay attention to their kids,” says Connaghan. “Yes, of course it is our duty to pay attention, scan the area, and make sure no one is in trouble, but parents need to keep in mind that they are equally responsible for their young ones. One of the main reasons we have to go out in the water and save kids is because their parents have let them wander out of sight. I can’t tell you the number of times we’ve brought a child back to land and their parents had no idea they were gone. Know the limits of your child and set boundaries when on the beach. Don’t let them go out deeper than they can swim, and definitely don’t let them go farther than you can see!”