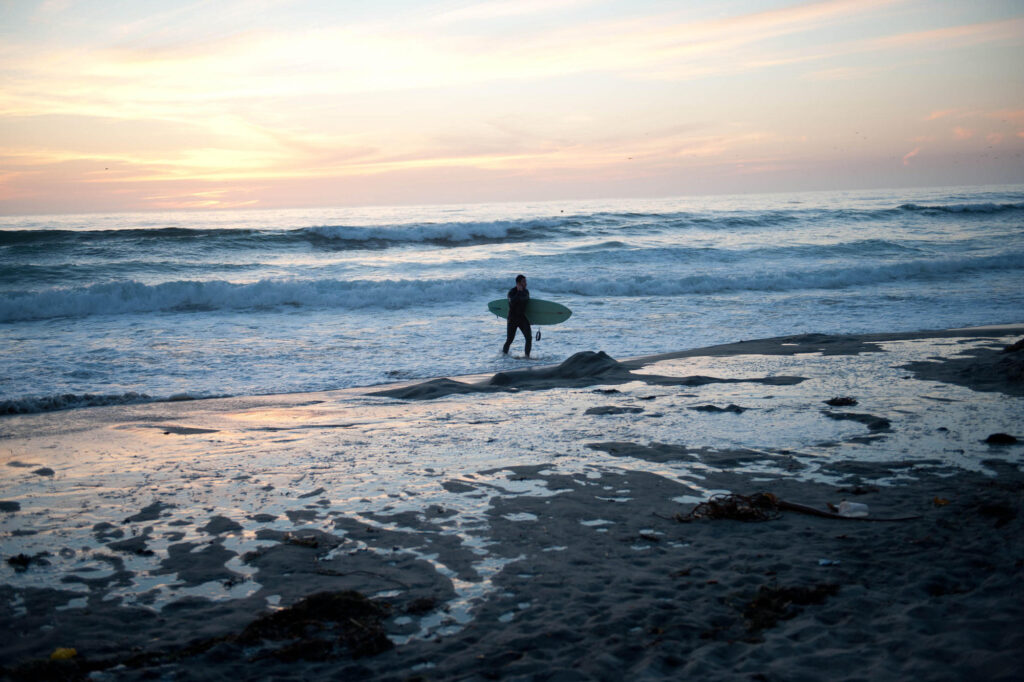 As the weather turns cold and dreary on the East Coast, nothing sounds better than a southern California getaway. San Diego, with its sunny afternoon skies, laid-back surfer culture, and top-notch brewery scene, attracts weekenders in search of the good life. While San Diego is a no-brainer for West Coasters, it’s a bit of a trek for those who live east of the Mississippi. However, direct flights from most major U.S. cities and a little scheduling creativity make it a doable weekend trip for just about anyone. Follow our lead for the best way to make the most of your time in America’s Finest City.

Where to Stay in San Diego 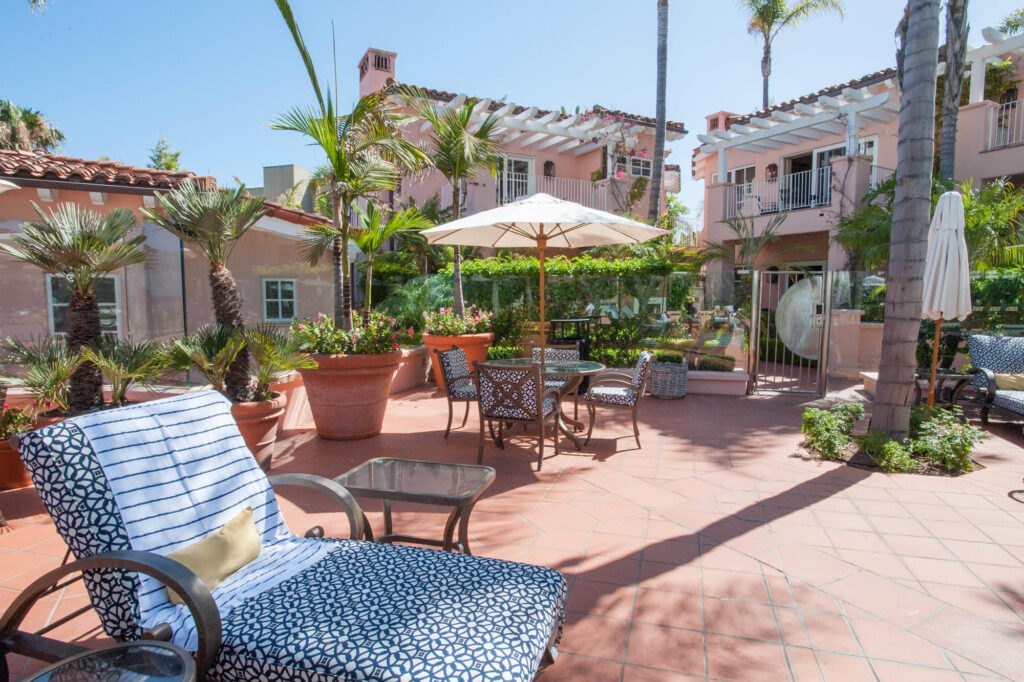 Accommodations in San Diego boil down to two basic options: Do you want to stay in the city near shopping and nightlife, or on the coast near world-famous surf beaches? City folk will want to book into the buzzy Pendry San Diego. Owned by Montage Hotels & Resorts, Pendry is the brand’s trendy boutique line popping up in cities across the country. The San Diego outpost is home to an awesome rooftop pool and five bars and restaurants. Plus, its location in the Gaslamp Quarter puts travelers at the center of San Diego’s best nightlife scene.

Those looking for a coastal experience will want to stay in nearby La Jolla or Del Mar. The historic La Valencia Hotel is an upscale boutique option, while L’Auberge Del Mar is a polished resort pick overlooking the Pacific. Meanwhile, those seeking a more rustic lodge experience should check out The Lodge at Torrey Pines, a luxury property within Torrey Pines State Natural Reserve.

Across the San Diego Bay and connected by a bridge, Coronado Island is also a popular area, thanks to its beautiful beaches, top-notch restaurants, charming ice cream shops, and famous Hotel del Coronado. 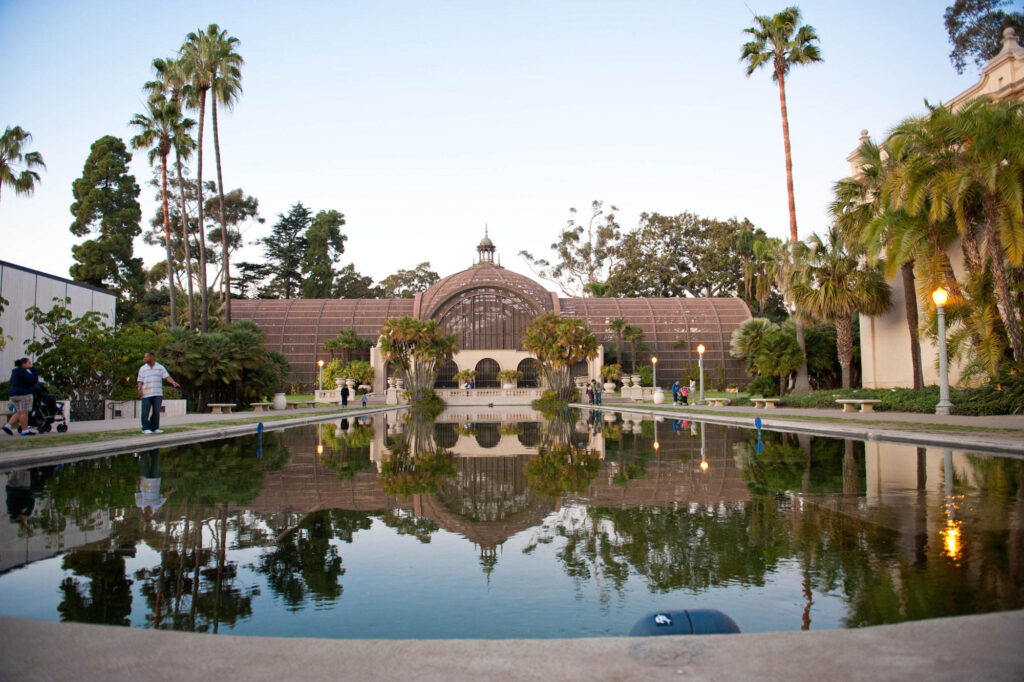 Take advantage of San Diego’s notoriously lovely weather and spend the day outside. Start your morning by checking out two of the city’s most famous outdoor attractions, the San Diego Zoo and Balboa Park, which happen to be located right across from one another in a 1,200-acre nature preserve 15 minutes north of downtown. The San Diego Zoo is home to more than 3,700 animals and is considered a pioneer in cageless open-air enclosures that mimic species’ natural habitats. It’s one of the most-visited zoos in the United States, so it’s best to arrive early, before mid-afternoon crowds are at their peak. After your animal fix, check out Balboa Park’s Instagrammable attractions, like the 1915 Botanical Building, Japanese Friendship Garden, and Alcazar Garden. If you’re into museums, the nearby San Diego Air & Space Museum and San Diego Museum of Art are worth a visit. If not, head back downtown for drinks and a sunset stroll along the Embarcadero before heading to the Gaslamp Quarter for dinner and a happening nightlife scene.

Whether or not you’re staying at the Pendry, you’ll want to check out the hotel’s Provisional Kitchen for breakfast. The buzzy Art Deco eatery has a classic breakfast menu, with options ranging from freshly baked pastries and avocado toast to chilaquiles and breakfast burritos. For lunch, head to The Crack Shack, a fun all-day spot serving all things chicken and egg alongside a laid-back bar and outdoor lawn games. Grab dinner in the Gaslamp Quarter — Tacos el Cabron serves up super-casual Tijuana-style tacos and The Lion’s Share doles out gastro-pub fare. 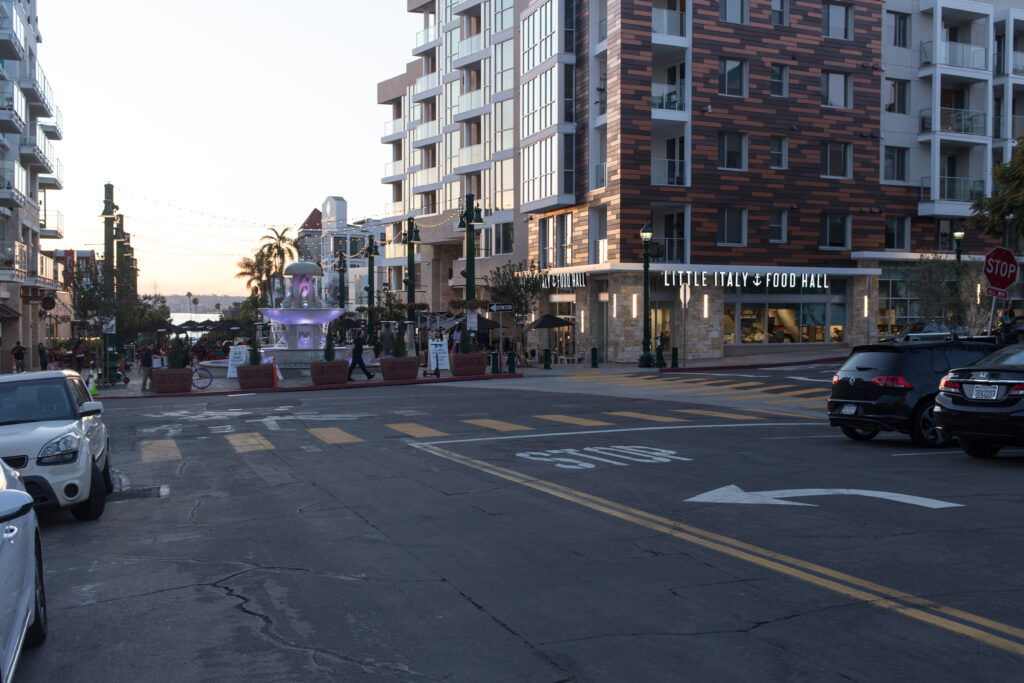 After you’ve checked off San Diego’s main attractions, it’s time to get acquainted with Little Italy, the city’s best neighborhood for good food and shopping. Little Italy is ripe with outdoor cafes, urban breweries, independent coffee shops, and quaint boutiques. There’s also a popular farmers’ market every Saturday from 8 a.m. to 2 p.m. Stroll the parallel India Street and Kettner Boulevard and stumble on some of the city’s best restaurants and bars. And don’t let its name fool you: Little Italy is home to everything from ramen shops and taco stands to white-tablecloth dining rooms and, of course, quite a number of Italian restaurants.

You won’t go hungry in Little Italy. Begin your morning with a single-origin pour-over at James Coffee Co. Or, if you’ve gotten a late start, Kettner Exchange is go-to brunch spot. When you’re ready for the brewery scene, Ballast Point, Mikkeller, and Bottlecraft are all within a five-minute walk of one another. When it’s time for dinner, you have two options: old school or new age. For old-school eats, head to the Waterfront Bar and Grill, a 1934 icon known for its late-night pub grub. If you’re more of a when-in-Rome kind of person, the Mona Lisa is all about mass quantities of time-tested favorites, like chicken parm, lasagna, and manicotti. Modern foodies will want to make a reservation at the splurge-worthy Juniper and Ivy for molecular fine dining or head to Civico 1845 for contemporary Italian. 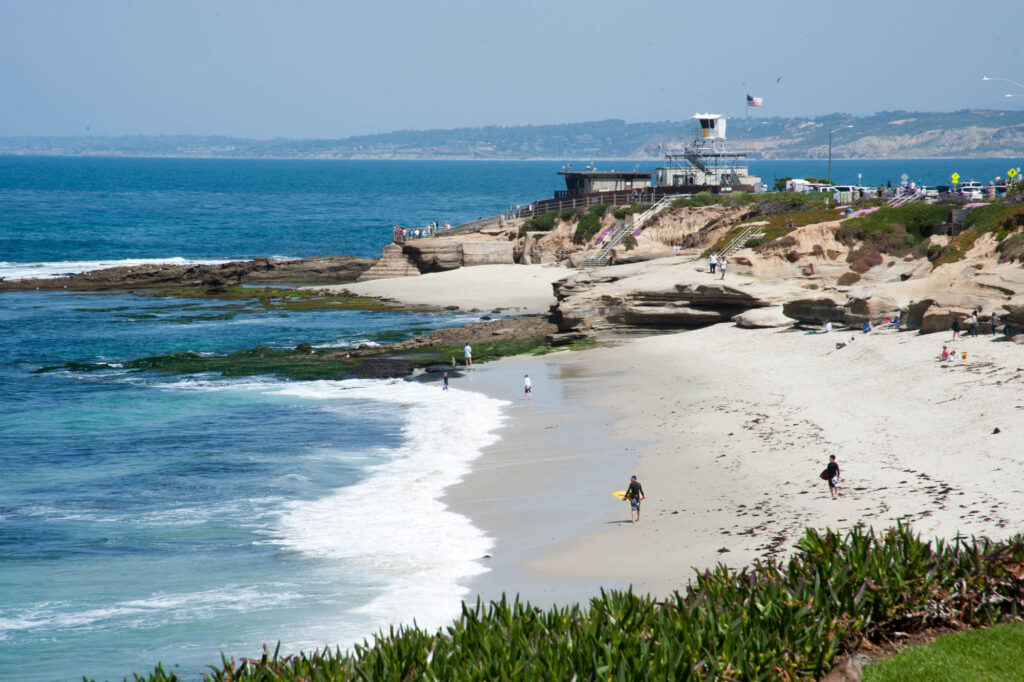 You could spend an entire week soaking up the beauty of the southern California coastline, but if you’re only in town for the weekend, make sure at least one day is dedicated to the beach. If you’re interested in surfing and sunbathing, you’ll want to check out Tourmaline in San Diego, Windansea in La Jolla, or Beacon’s Beach a few miles north in Encinitas. If coastal hikes are more your thing, Torrey Pines State Natural Reserve offers acres of oceanside trails, while La Jolla’s coved beaches and tidal pools are ripe for exploration. If you’re traveling to the coast from San Diego, don’t be scared off by early-morning dreariness. A phenomenon known as marine layer often blankets the coast with fog in the early morning before giving way to sunny afternoons. No matter how you choose to spend your time on the coast, end your day with a beer at Modern Times, a beloved brewery with more than 30 beers on tap.

Start your day with coffee and homemade pastries from Wayfarer Bread & Pastry or Sugar and Scribe. If you’re in the mood for something a bit healthier, drop by Parakeet Cafe for smoothies and green bowls before hitting the beach. There’s no better place for lunch in La Jolla than Galaxy Taco, a quirky eatery with homemade regional Mexican eats. If you’re still in town for dinner, Herringbone serves upscale California cuisine in a gorgeous exposed brick dining room.