New York is a city that has it all. The Empire State Building, Wall St., Central Park, and dozens more iconic sites make it unlike any other city in the world, and it’s an ever-popular backdrop for movies and films of all types. The city is also home to some of the world’s finest hotels, and it is no surprise that some of them have made it onto the silver screen. Here is a list of some Oyster.com favorites that have appeared in the movies.

A Midtown East icon, the 1,300-room Waldorf-Astoria comes with some of New York's best spa services, fitness facilities, restaurants, and bars. The dress code and antique décor aren't for everyone, but the cinematic history and unrivaled elegance make the price tag well worth it. The hotel has been used as a classic New York backdrop in dozens of movies including the hilarious Coming to America (1988) in which Eddie Murphy plays an African prince who travels to New York to find his queen. 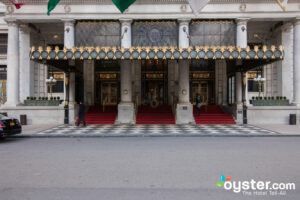 The century-old Plaza's $400 million overhaul in 2008 didn't change the hotel's iconic status -- or its impressive cinematic history. Many may remember Kevin McCallister (Macaulay Culkin) using his dad's credit card to stay at The Plaza after he is stranded in New York without his family in Home Alone 2: Lost in New York (1992). 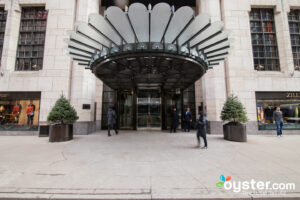 Deliberately business-like, the 368-room Four Seasons in Midtown East has all the luxury essentials: stylish lobby, beck-and-call service, a fine spa and fitness center, and some of the city's largest rooms. It had a cameo in the iconic New York show-turned-movie, Sex and the City (2008). 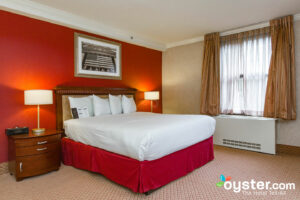 Located one block from Grand Central Station, in the heart of New York's corporate skyscrapers, the Roosevelt is a 1,015-room classic. Michael Douglas gives his famous "greed is good" speech in The Roosevelt Hotel in Wall Street (1987). 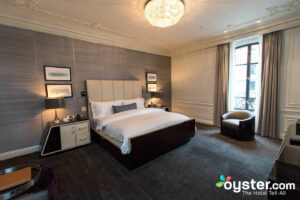 The extraordinary service at the grand, century-old 229-room St. Regis is practically unrivaled in all of New York. A famed Bloody Mary at the King Cole Bar, dinner at Alain Ducasse's Adour, and a hand-drawn bath by one of the 24-hour butlers will make you feel like royalty in no time. Michael (Al Pacino) and Kay (Diane Keaton) Corleone stay in The St. Regis in The Godfather (1972) while in New York.

Other movies filmed here include 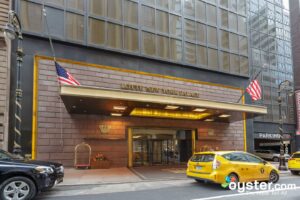 One of New York's most visually stunning hotels, the New York Palace has a gilded, grandiose style that is a little gaudy but still fabulous enough to blow away the boutiques. 899 huge rooms (renovated in 2008), a luxe spa, and a fantastic gym make the Palace a great value among luxury hotels. The Palace has a cameo role in the romantic comedy 27 Dresses (2008). In the movie, Jane (Katherine Heigl), rushes from one wedding at The Palace to another in Brooklyn in the same night and catches a reporter's (James Marsden's) eye in the process.