It's a question we get asked all the time: Where can I find the real Mexico? While we aren't going to claim to have the answer, we have found some of the best of Mexico's under-the-radar spots over our years covering this amazing country. Destinations like Cancun and Los Cabos are hardly undiscovered while towns like Sayulita and Tulum become more crowded every year. Luckily, there are still some little known Mexico vacation destinations left out there — and we've found one of them. Read on for everything you need to know about Bacalar, one of our favorite Pueblos Magicos in Mexico.

Why Is Bacalar Trending Right Now? 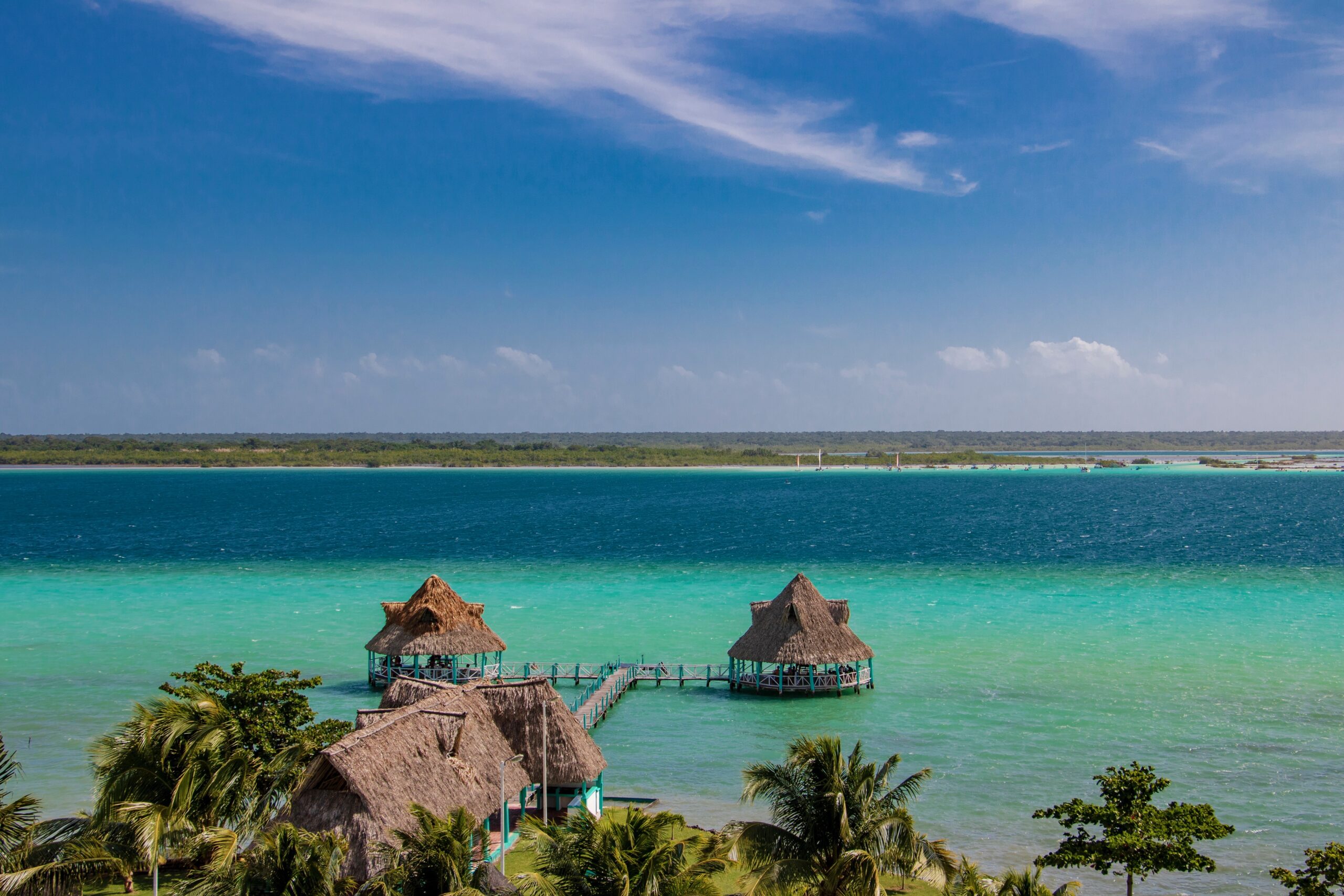 The Lake of Seven Colors in Bacalar, Mexico/Rafael Saldaña on Flickr

Bacalar sits in the extreme south of Quintana Roo — the southeastern state that makes up about half of the Yucatan Peninsula and borders the beautiful Caribbean Sea. Quintana Roo is most famous for two destinations: Cancun and the Riviera Maya. The latter is made up of several towns that sit along some of Mexico’s prettiest beaches, including Playa del Carmen, Puerto Morelos, and Tulum.

Bacalar is most often compared to Tulum — but to Tulum before it became a trendy fashion crowd destination. Even outlets like the New York Times couldn’t help but make the Bacalar versus Tulum comparison this winter. Indeed, during our many trips to Mexico City and other destinations in Mexico over the years, we’ve heard whispers about Bacalar.

So what makes Bacalar an incredibly special place? For starters, you really are away from it all here. That romantic vibe is precisely what made Tulum such a find back in the day (but that isn’t quite the Tulum of now). Bacalar has rustic lodges and boutique hotels tucked amid the jungle; long, quiet days; a hipster-free town center; horseback tours at Num Ka’an Ranch; and picture-perfect scenery. You’re not going to find any loud jungle parties in Bacalar and the dining scene is low key. Instead, expect a small-town vibe with just enough creature comforts to feel like you’ve really escaped the world. Come here to unplug, to find romance, or to just enjoy the natural scenery. 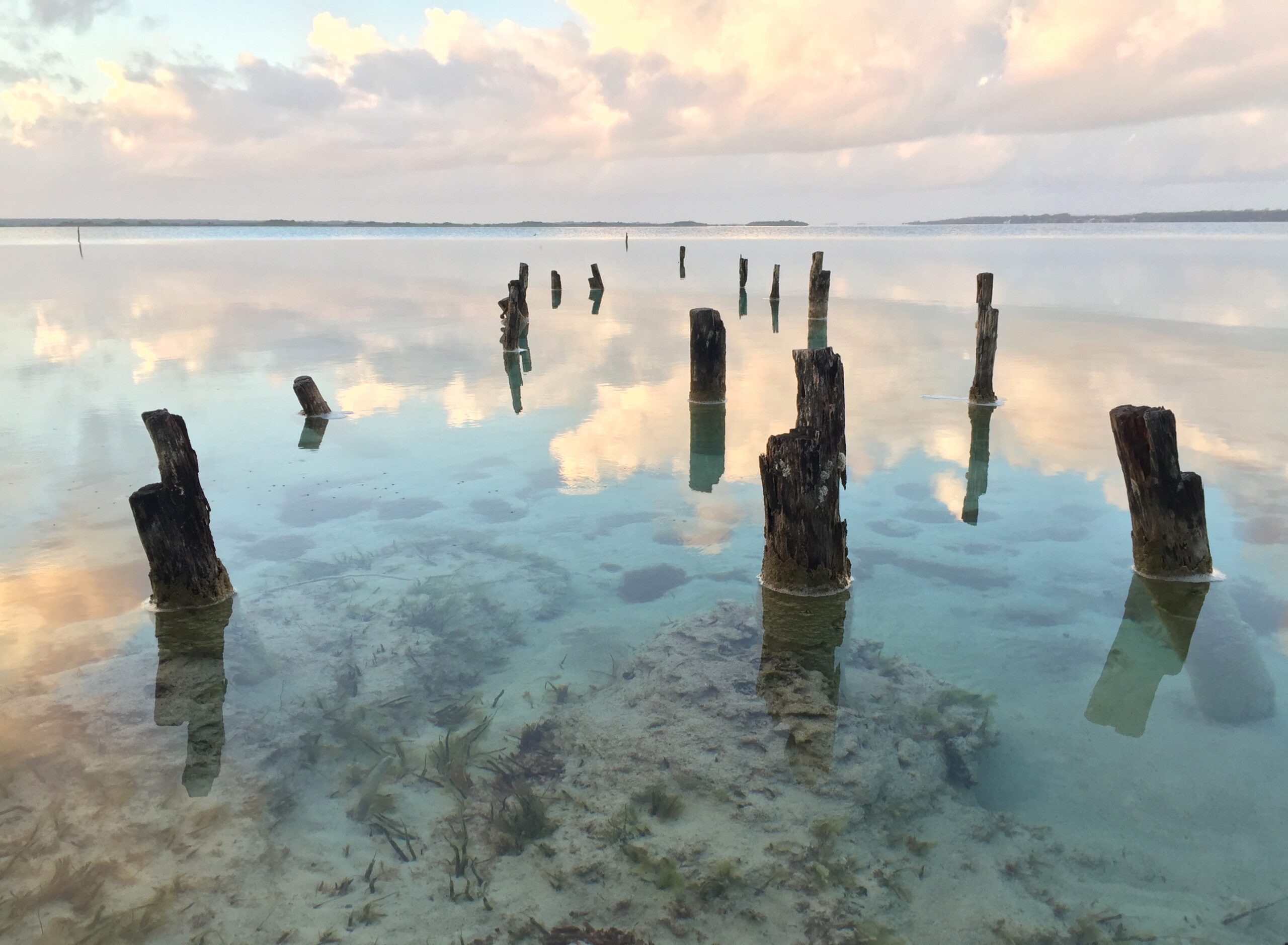 Lake of Seven Colors in Bacalar, Mexico/Ivan Cervantes on Unsplash

Part of the reason Bacalar has retained its away-from-it-all atmosphere is its away-from-it-all location. The town is close to the Belize border, at the extreme south of Quintana Roo and the Mexican Yucatan. Think about it this way: The drive from Cancun’s airport to Tulum is about two hours on a good traffic day. To get to Bacalar, you’ll need to add another 90 minutes to two hours onto that. The highway from Cancun south to Tulum is in relatively good condition, and its drivable between Tulum and Bacalar as well. Alternatively, airport shuttles from Cancun Airport to Bacalar are available (but can be expensive).

It’s important to note that Bacalar is not on the Caribbean Sea and sits a bit inland. Don’t come here expecting lapping surf and white-sand beaches — those are quite a drive away. If that’s what you’re after you’d do well to stay farther north, as the extreme south of Quintana Roo is more often characterized by preserved wetlands and estuaries. However, that doesn’t mean that Bacalar isn’t a spectacular waterside destination (more on that below).

What Makes Bacalar So Special? The Lake of Seven Colors 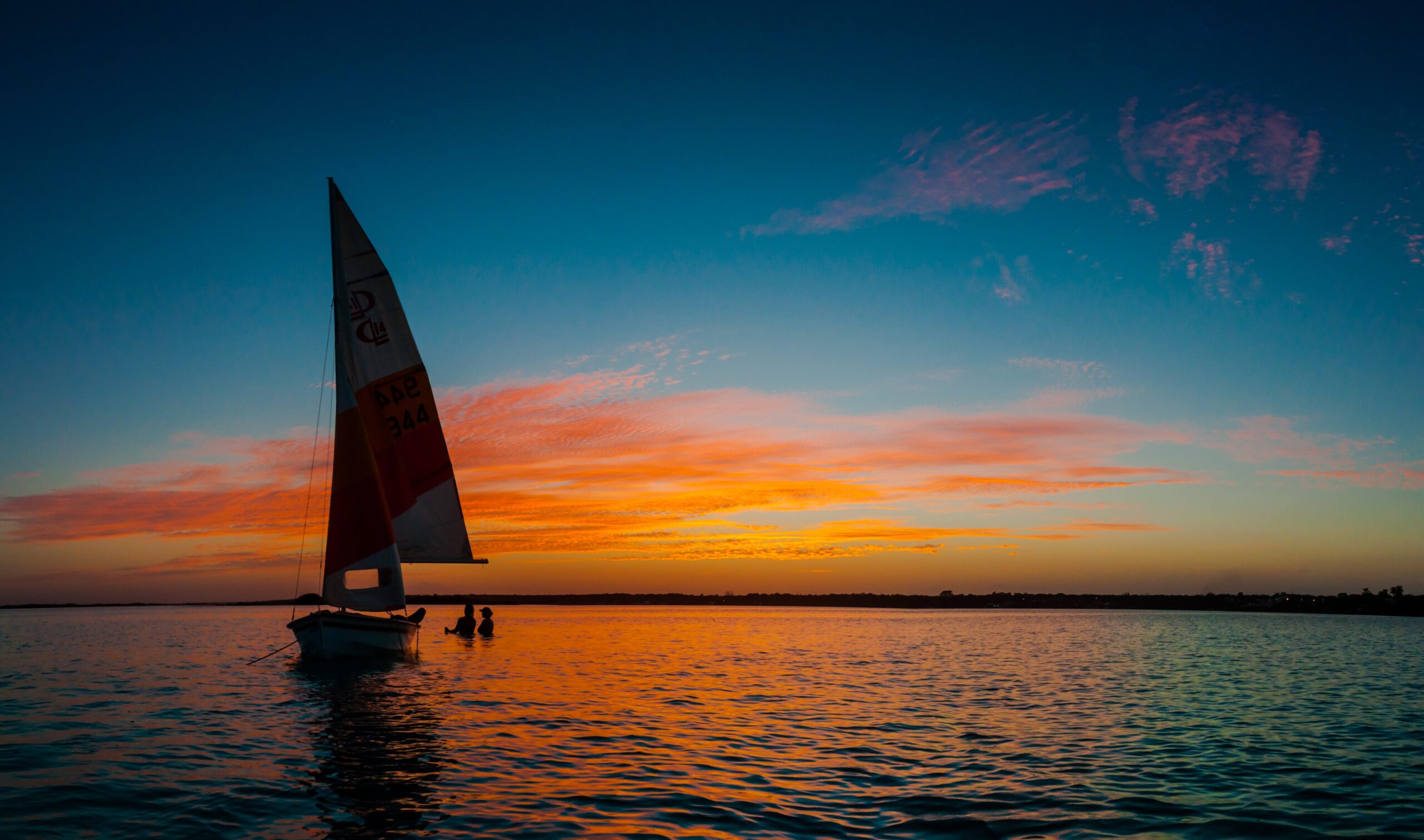 The star of the show in Bacalar is the Laguna de Siete Colores (or Laguna Bacalar), known in English as the Lake of Seven Colors. The name alone should give you a hint as to why this body of water is so famous. You see, the lagoon is almost always placid, and throughout the day — and at different depths — the incredibly clear water appears in numerous shades of blue. It’s almost impossible not to be enchanted by the views from along the shore, or while you’re kayaking.

Many of the hotels in Bacalar sit along the Lake of Seven Colors, putting it within easy reach of almost anywhere you choose to bed down. And while it’s not quite the same as a beach getaway, almost any traveler who has been here will tell you that you’re not really missing out. The calm pace and serene lake guarantee that you’ll be recharged upon heading back home.

What Is There to Do in Bacalar? 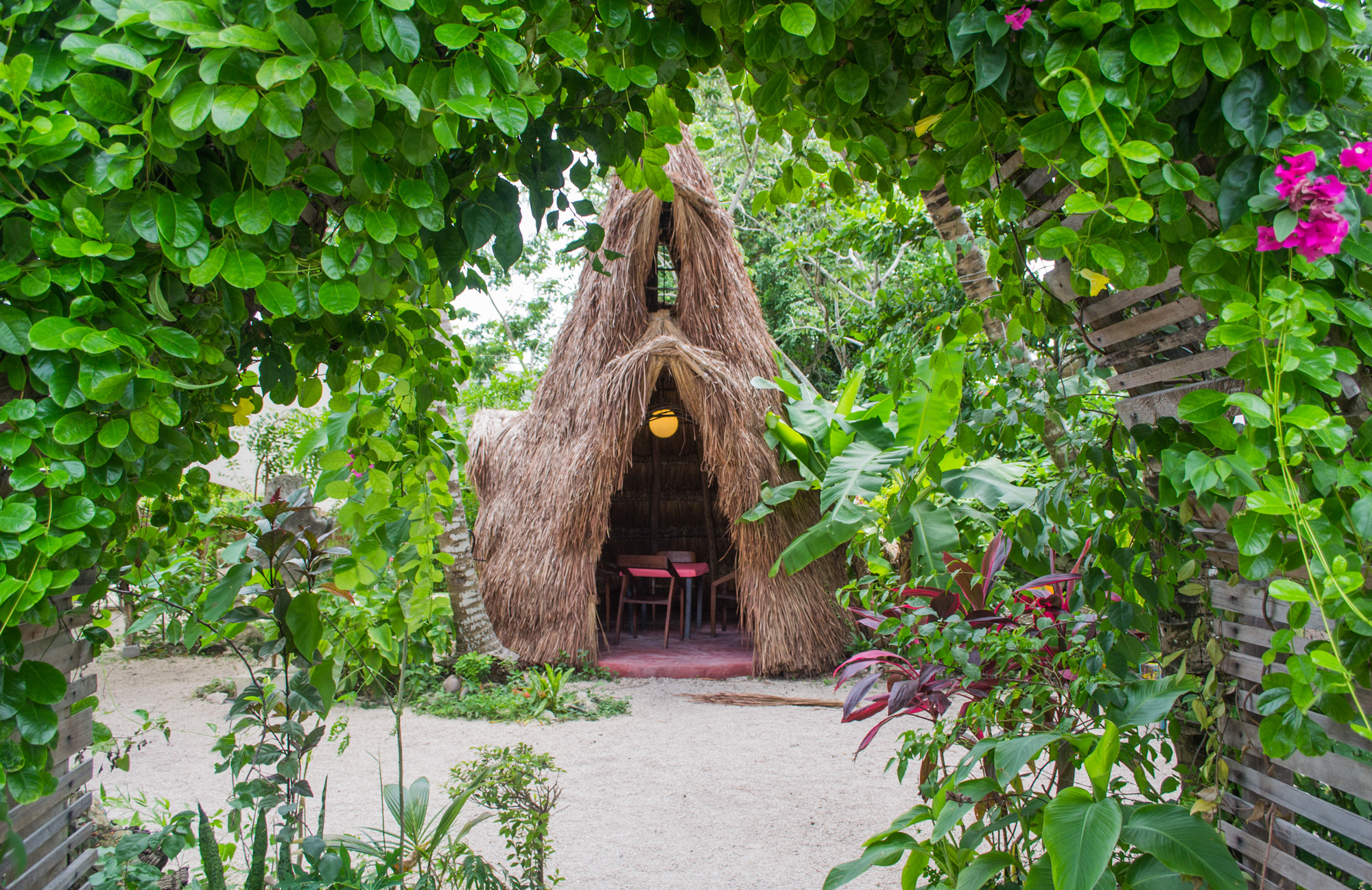 Let’s get one thing clear: If you’re coming to Bacalar you’re not coming here to do anything, really. The town is still free of the much buzzed-about foodie scene in Tulum; it doesn’t have eye-wateringly expensive boutiques selling artisanal clothes; and it lacks the wild bars and nightlife of Playa del Carmen. Instead, you’ll find a town with a slow pace of life that feels far less touristy. And while the restaurants in Bacalar don’t get the same attention as those found farther north, expect amazing Yucatecan fare that leans heavily on seafood. You’d do especially well to head to La Playita, which is easily one of the most popular restaurants in town (and sits right on the lake).

What Bacalar does have in spades is space to relax. That’s offered up alongside more authentically local Yucatan vibes than you’ll find further north in the Riviera Maya and Cancun. The Lake of Seven Colors figures largely in Bacalar’s things-to-do list: kayak tours and individual kayaking trips are a popular way to explore the shoreline and see wildlife. Proper boat tours are also incredibly popular here, and you’ll also find stand-up paddleboard tours as well. Oh, and you’ll want to take a dip in the lake (or several), as Bacalar is just as steamy as the rest of Quintana Roo.

If the Laguna Bacalar isn’t enough for you, you’l find the area’s dazzling cenotes close at hand as well. Cenote Azul is the most famous of them, and is only a couple of miles from the center of Bacalar. It’s one of the deepest cenotes, ideal for snorkeling and exploring, in Quintana Roo. Cenote Azul is often bundled with Cenote Cocalitos on tour itineraries.

Back on dry land, you can opt to rent a bike to get around town, which can be more convenient than dragging your rental car from place to place. You’ll find just a couple of yoga studios should you want to take a holistic approach to your getaway, though it all feels far less commercial and precious than the yoga scene in Tulum.

The Riviera Maya and Quintana Roo are home to some of the most famous Mayan ruins in Mexico — including Coba, Chichen Itza, and the Tulum Ruins. Bacalar has its own impressive Mayan site nearby that’s well worth a visit. The Kohunlich Archaeological Site is about 50 minutes from the center of Bacalar by car and is generally far less crowded than the other major sites in the Yucatan. If you’d prefer something a little more active, horseback riding at Num Ka’an Ranch is also popular. There’s also a Spanish colonial fort right in the center of town (Fort San Felipe) for an afternoon of exploring.

What Are the Best Hotels in Bacalar?

We recommend posting up right on the Laguna de Siete Colores on a Bacalar visit. This puts the cooling lake waters and the pretty lakeside scenery right at your doorstep. Bacalar hotels are generally much cheaper than rates in the Riviera Maya, making Bacalar a solid destination for budget travelers.

Rancho Encantado is great for getting lost in the jungle 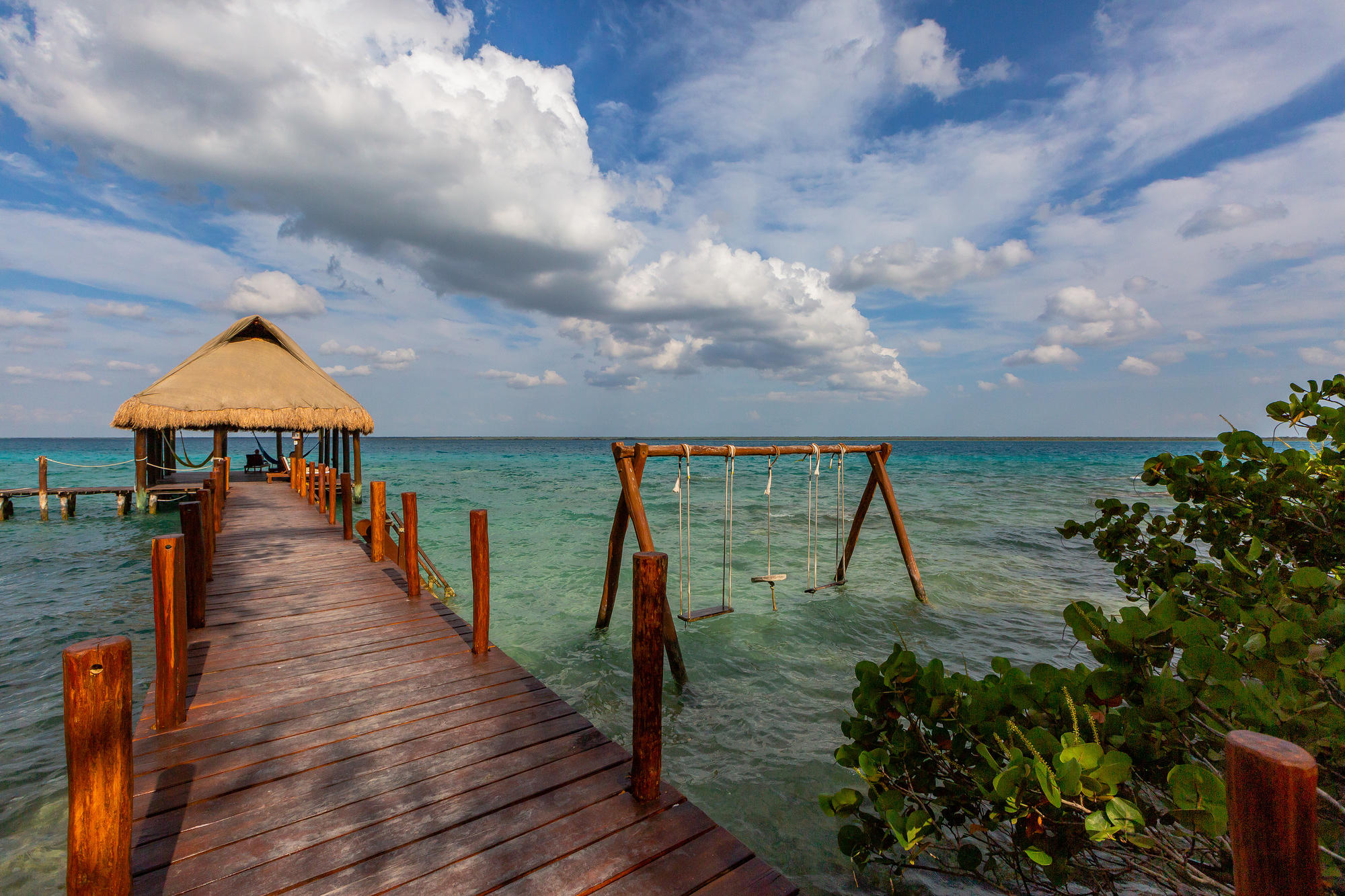 The Lake of Seven Colors from Rancho Encantado/Oyster

One of the most popular hotels in Bacalar year after year, it’s hard not to be charmed by Rancho Encantado (or, the Enchanted Ranch). That effect starts with its hidden-in-the-jungle setting, is amplified by the rustic rooms, and finished off with colorful hammocks strung up next to the Laguna Bacalar. 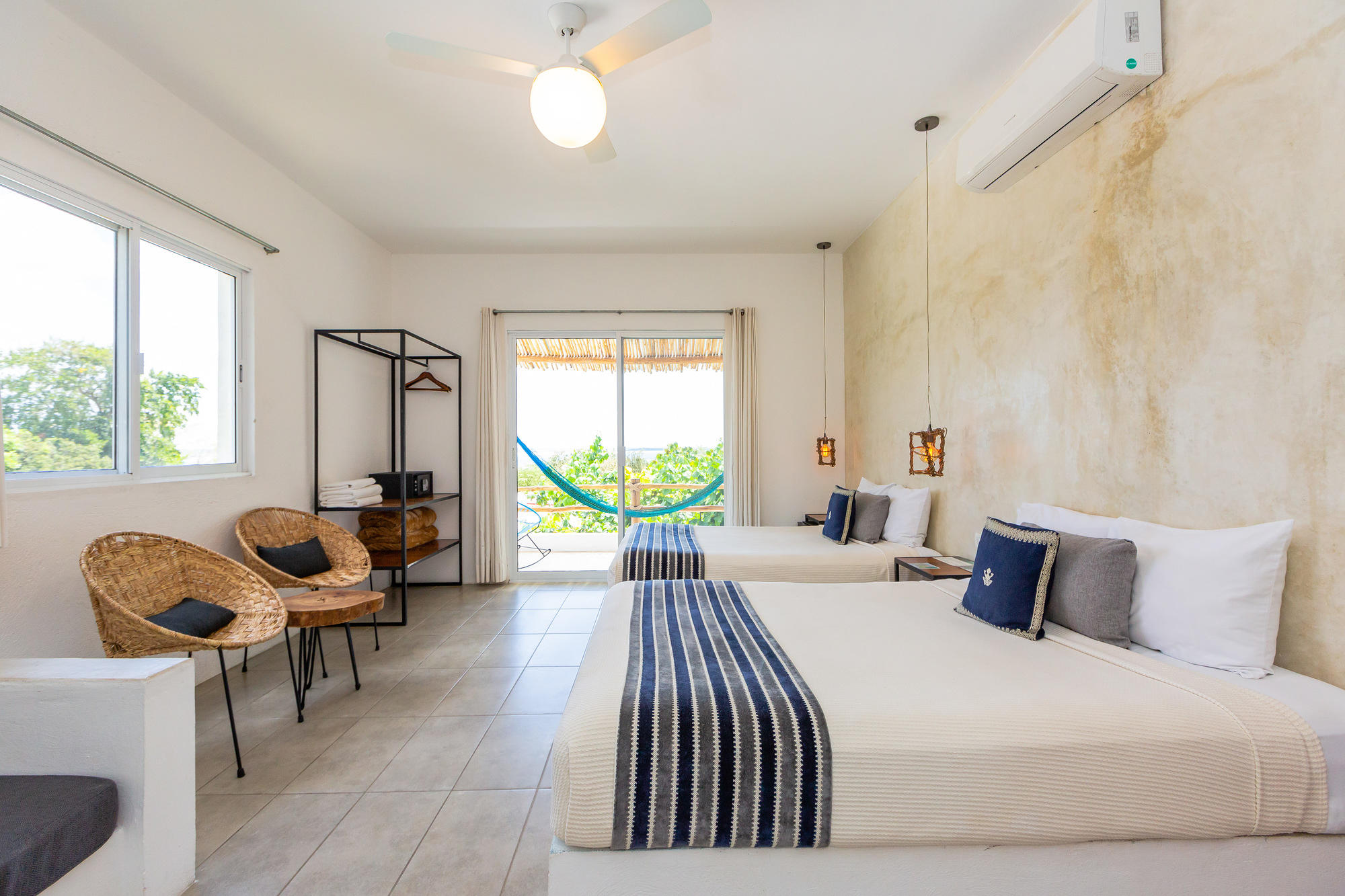 Travelers seeking just a touch more contemporary style in central Bacalar would do well to check out Hotel Aires. Cool natural design features come together with amenities like balconies with hammocks to make this a great spot for unwinding, with just enough creature comforts.

Bacalar Lagoon Resort is for getting away from everyone 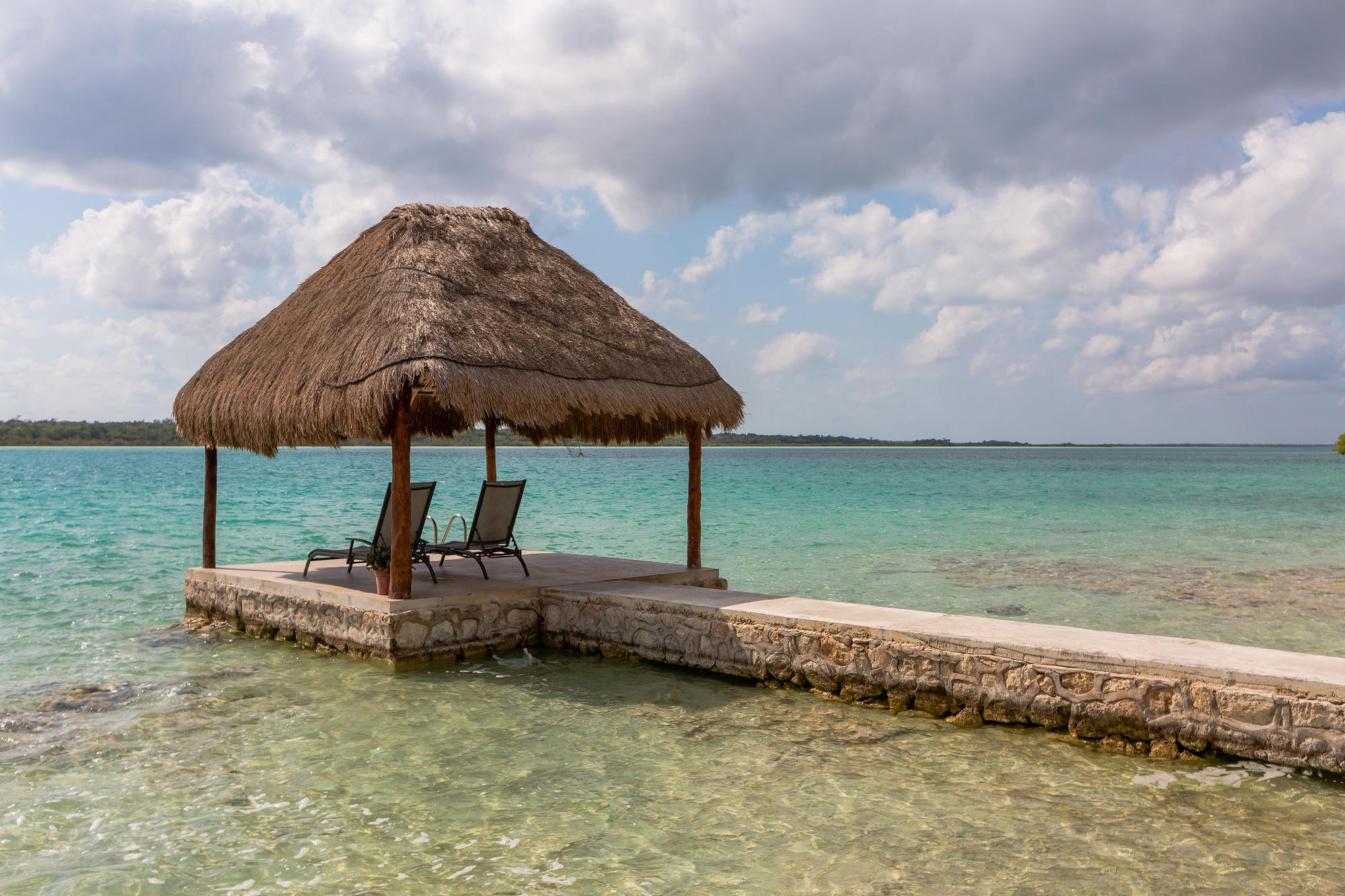 With only seven individual cabanas, and a location away from any towns, this property is great for travelers looking to get away from it all. Several cabanas spot-on views of Laguna Bacalar. Keep in mind that you’re 30 minutes from town here, and the only road in and out is a rugged dirt one. But if you’re looking for an unforgettable Mexican adventure off-the-beaten tourist path — Bacalar is it.