With a heady mix of soulful reggae, Rastafarianism, and rum punch, Jamaica has long attracted a steady stream of visitors to its shores. And what beautiful shores it has. From the picture-perfect bays of the north to the more rugged coastal wilderness in the south, Jamaica's beaches rank among some of the world’s finest. With that in mind, check out our picks for the best beaches in Jamaica. 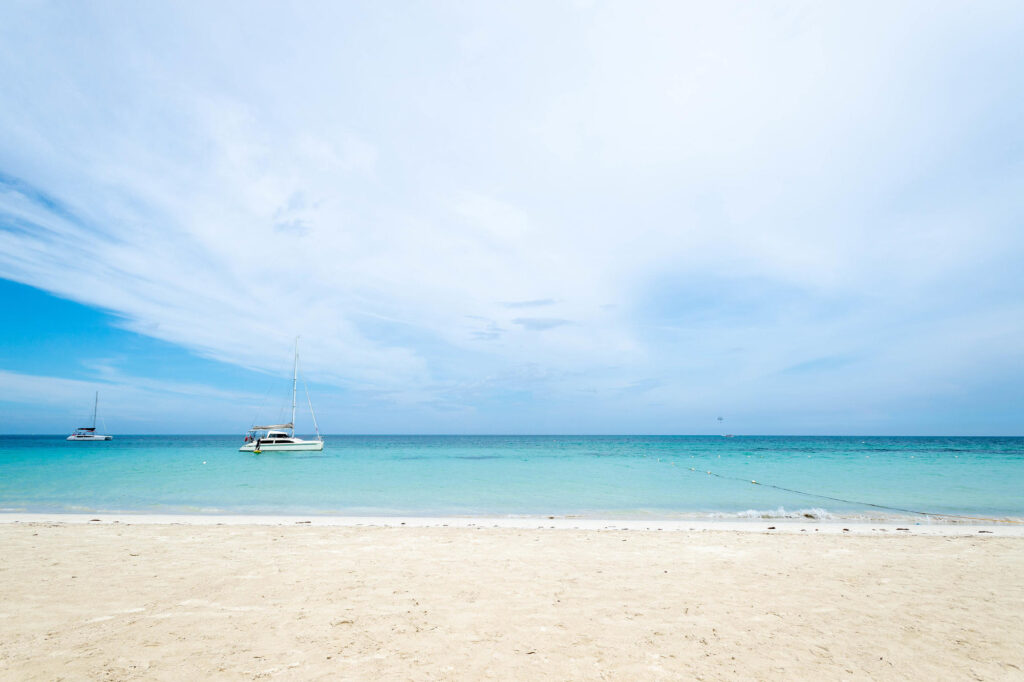 Beach at the Negril Resort & Spa/Oyster

Negril’s Seven Mile Beach is one of the most popular stretches of sand on the island — and for good reason. Stretching along the western coast of Jamaica, this beautiful white-sand beach is lined with everything from beach bars to high-end hotels. While often busy with vendors and tourists, it maintains a free-love vibe from its time as a ’60s hippy hangout. It’s also a fabulous spot to watch the sunset — ideally from one of the many beachfront restaurants.

Where to Stay Nearby: Beaches Negril Resort & Spa 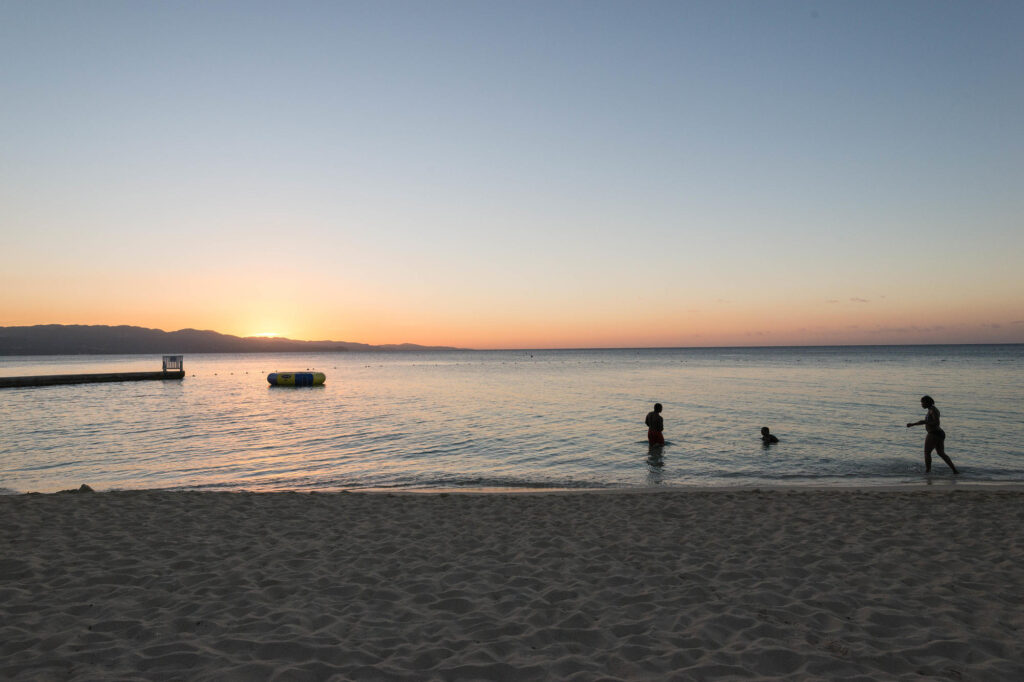 Jamaica is full of curiously named beaches — and this is certainly one of them. It all started when Dr. Alexander James McCatty donated his beach property to establish a bathing club, which was accessible through a tiny cave. The club was used by McCatty and his doctor friends, hence the name. The waters were also said to have curative powers, after a famous British Osteopath claimed he returned to good health after bathing here. While the cave was destroyed during a hurricane, it remains one of the island’s most gorgeous beaches. It’s a private beach, so expect to pay a small admission fee. However, this also means it’s well-maintained and free from beach hustlers. Bonus: A colorful offshore reef makes for some fabulous snorkeling.

Where to Stay Nearby: Doctors Cave Beach Hotel 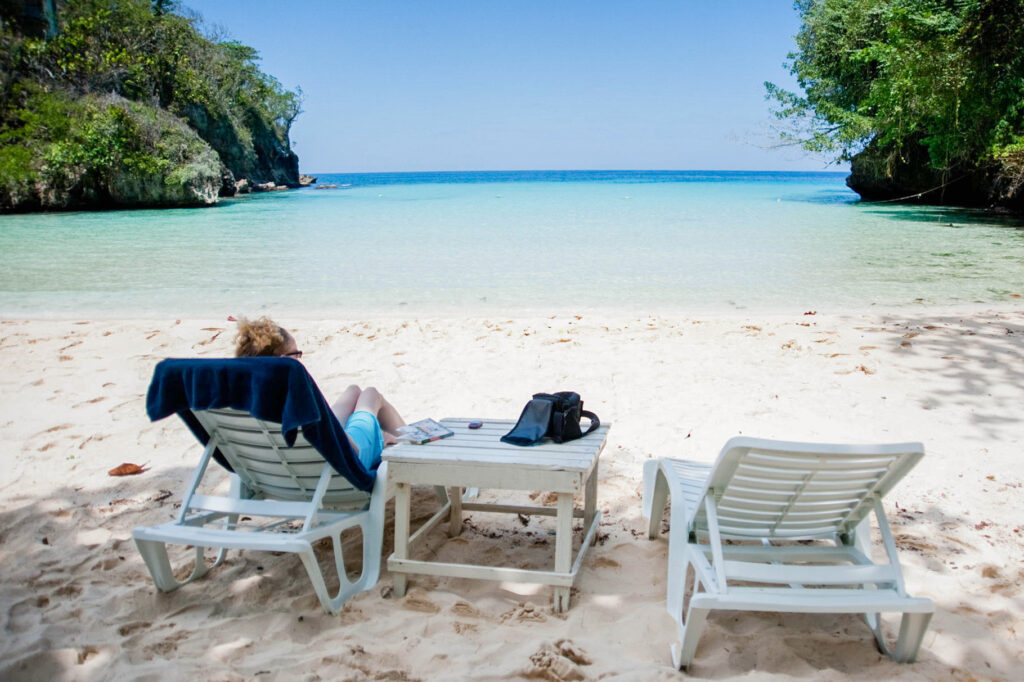 If you’re looking for a pretty swimming spot that’s also great for families, this unspoiled bay is the place for you. Not only has it starred in several movies, but it also used to be a secluded beach retreat for Hollywood A-listers. And with its pristine white sand and calm turquoise waters, it’s easy to understand why. However, what really makes this lagoon-style beach special is the small river that flows into the sea at one end. There’s a charge to enter the beach, but this paradise is worth every cent.

Where to Stay Nearby: Geejam 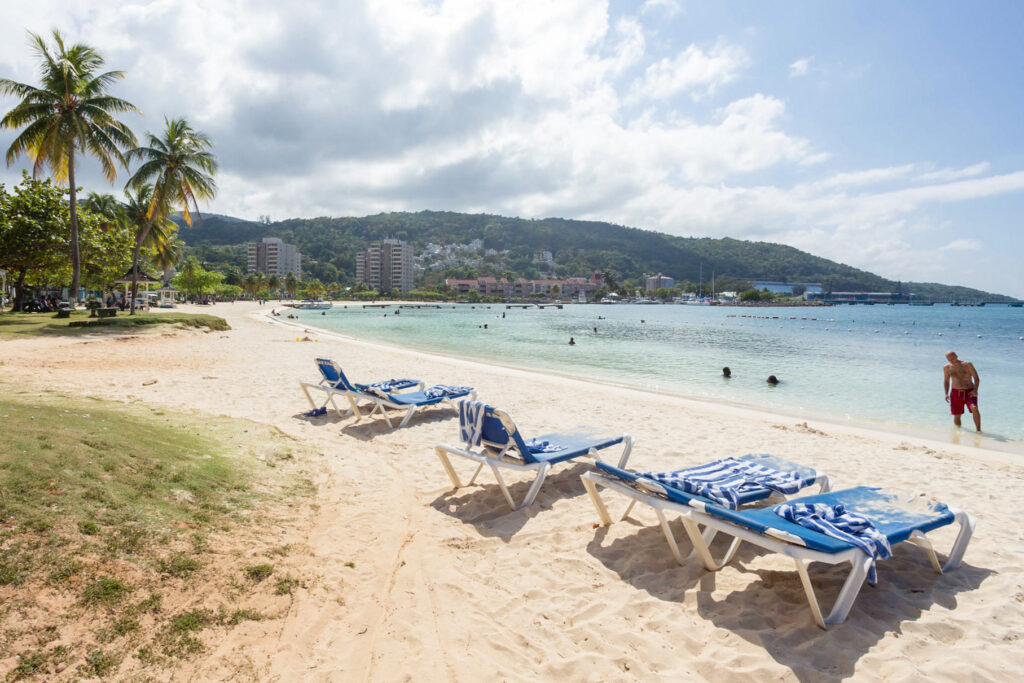 Beach at the Rooms Ocho Rios/Oyster

Also on the north coast, but a world away from Frenchman’s Cove, this beach is bustling, yet laid-back. It is part of the former fishing village of Ocho Rios, which is now a resort with a cruise ship harbor, meaning it’s a magnet for day-trippers as well as tourists staying in one of the hotels lining the bay. In addition to soft, golden sand and calm, clear water, you’ll find plenty of water sports, including kayaking and jet skiing, plus a couple of dive centers.

Where to Stay Nearby: Rooms Ocho Rios 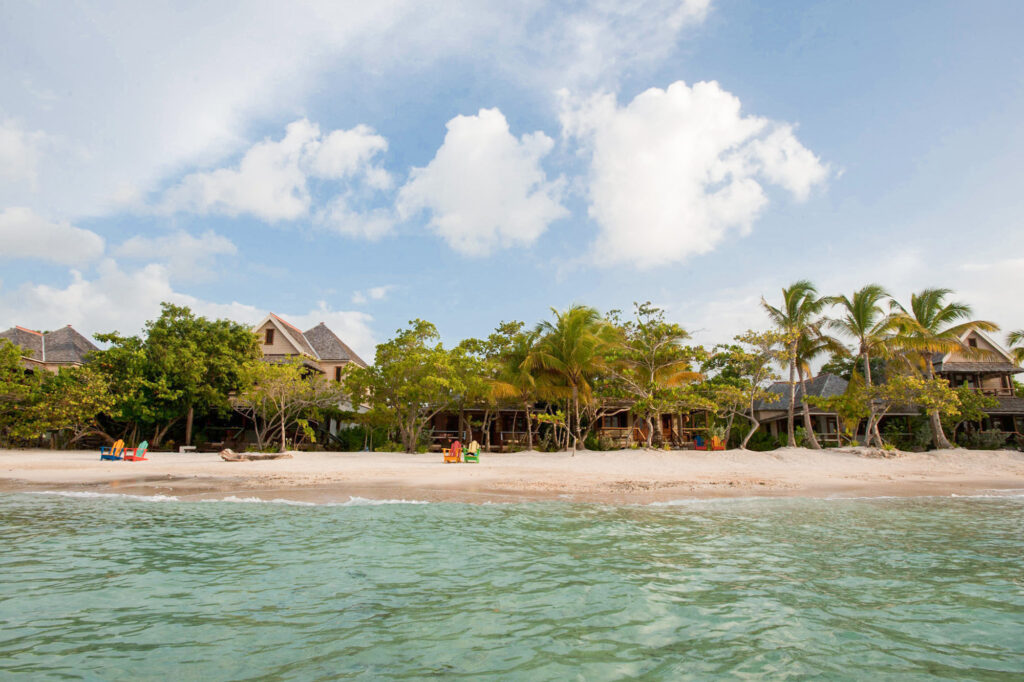 Given the name, it should come as no surprise which writer spent a lot of time on this idyllic beach. Set on a small peninsula, this stretch of sand features water on three sides, as well as plenty of lush tropical flora and a scenic backdrop of the St. Mary’s mountains. It’s one of the more untouched beaches, so there’s not much in the way of facilities. However, it’s just a short stroll to the GoldenEye resort — formerly Ian Fleming’s private estate. Fun fact: The iconic scene from “Dr. No,” where Ursula Andress strides in from the sea, was also shot here.

Where to Stay Nearby: GoldenEye

Tucked away on Jamaica’s eastern coast, this pretty bay is named for its historic (banana) trading route with the New England city. These days, however, it’s best known for two things: surf and jerk. It’s one of the few places on the island where you can go surfboarding, thanks to its wave-friendly position. It’s also said to be the birthplace of Jamaica’s most famous culinary export — jerk cooking — and you can expect to sample some at the numerous food shacks that line the shore. Cream-colored sand and lush vegetation also make for a stunning setting in which to enjoy it.

Where to Stay Nearby: Hotel Jamaican Colors 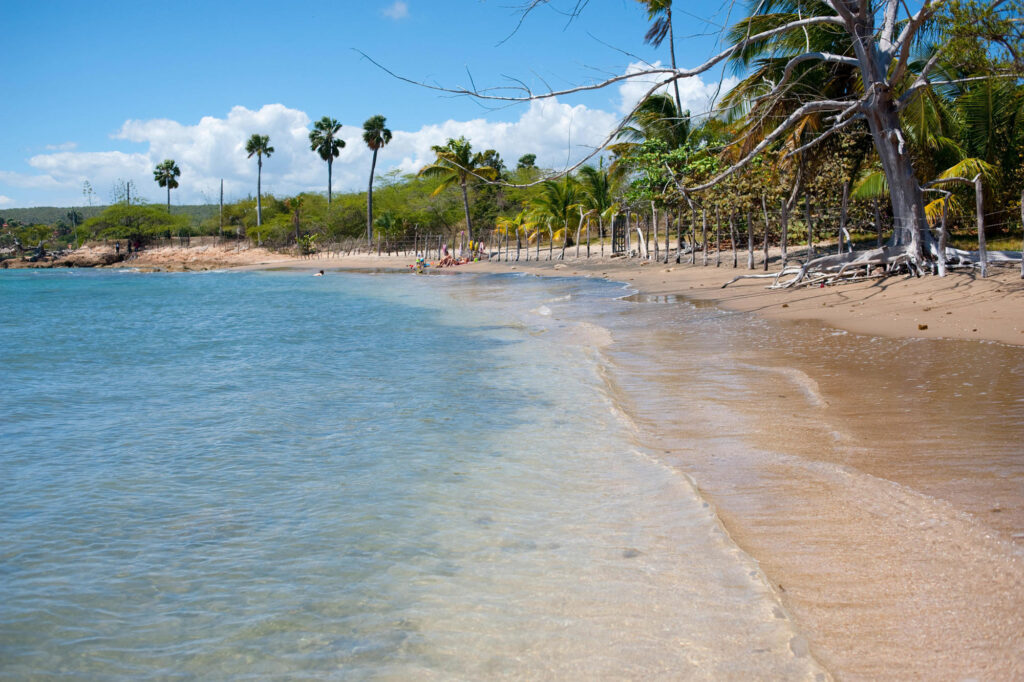 If you really want to escape the tourist crowds and experience some local flavor, then Treasure Beach is the place to go. Located on the island’s south coast, this stretch includes both the main beach — characterized by its darker sand — and several secluded coves. It’s an area known more for its fishing and farming than tourism, making it feel like an authentic slice of island life. You’ll still find a few stalls and vendors selling food and refreshments, plus there are a few laid-back bars where you can enjoy a Red Stripe with and scenic sea views.

Where to Stay Nearby: Jakes

While the name might not sound appealing, this gorgeous sweep of golden sand and calm water offers an idyllic stretch of shoreline. Located just north of Seven Mile Beach, Bloody Bay offers a chilled-out vibe with an array of water sports — it’s a particularly popular spot for scuba centers. If you prefer something a little less active, while away the afternoon in a hammock between palm trees. You’ll also have easy access to plenty of  top-class hotels and restaurants.

Where to Stay Nearby: Hotel Riu Palace Tropical Bay 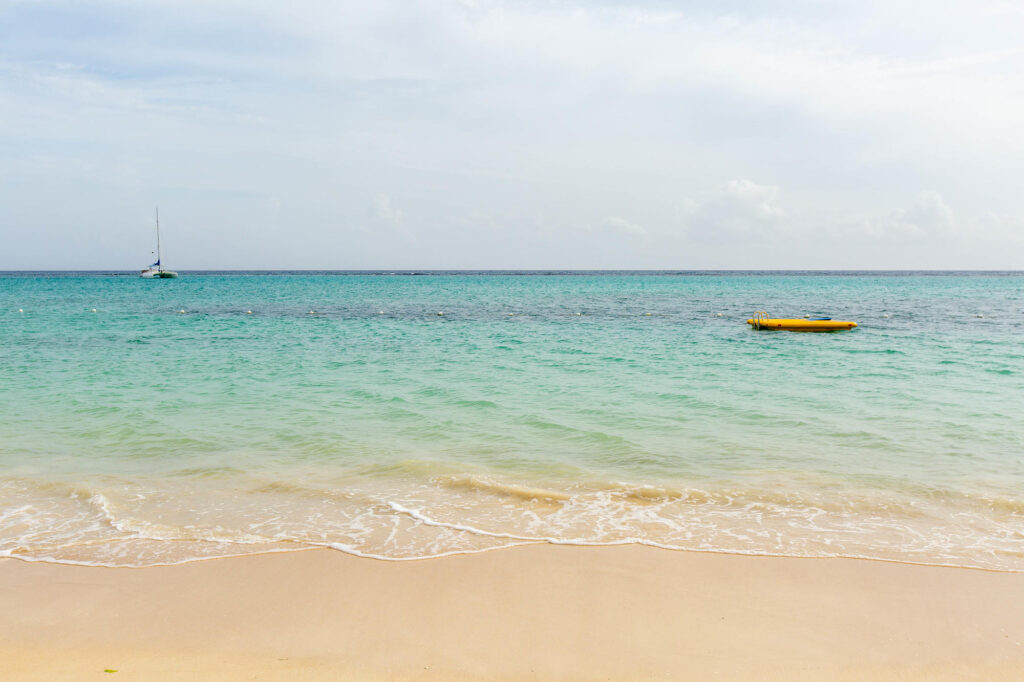 If you’re looking for a beach that has a little bit of everything, Mammee Bay is a great option. Located along the north coast, this beach is half-public and half-private, but all beautiful white sand and crystal-clear water. Treat yourself to some grilled seafood from the comfort of your seafront lounger, or if you’re feeling active, conditions are ideal for windsurfing. Come nightfall, bonfires and live music add even more magic to this lovely spot.

Where to Stay Nearby: Jewel Dunn’s River Beach Resort & Spa

For a secluded sandy spot with plenty of local flavor, head to this forest-flanked cove on the island’s northeastern coast. With clear water, soft sand, and easy access to coral reefs,  this beach offers some of the best snorkeling in Jamaica. It’s also a great place to enjoy some authentic island cooking — the beach shacks serve freshly caught seafood (the grilled red snapper comes highly recommended).