Traveling by train can be a romantic way to see the world. Flights may get you to your destination faster, but the slow pace of riding the rails provides a one-of-a-kind experience. Plus, when you’re traveling through some of the most beautiful landscapes on earth, it becomes truly unforgettable. Train travel may not be as popular in the United States, but it’s a common — and even preferred — way to get around in several countries throughout the world. It’s also more eco-friendly than flying or cruising, and since it was one of the original forms of mass transit worldwide, hundreds of pre-existing rail lines offer access to some more remote areas. With that in mind, here are 10 fantastic train trips to add to your travel bucket list. 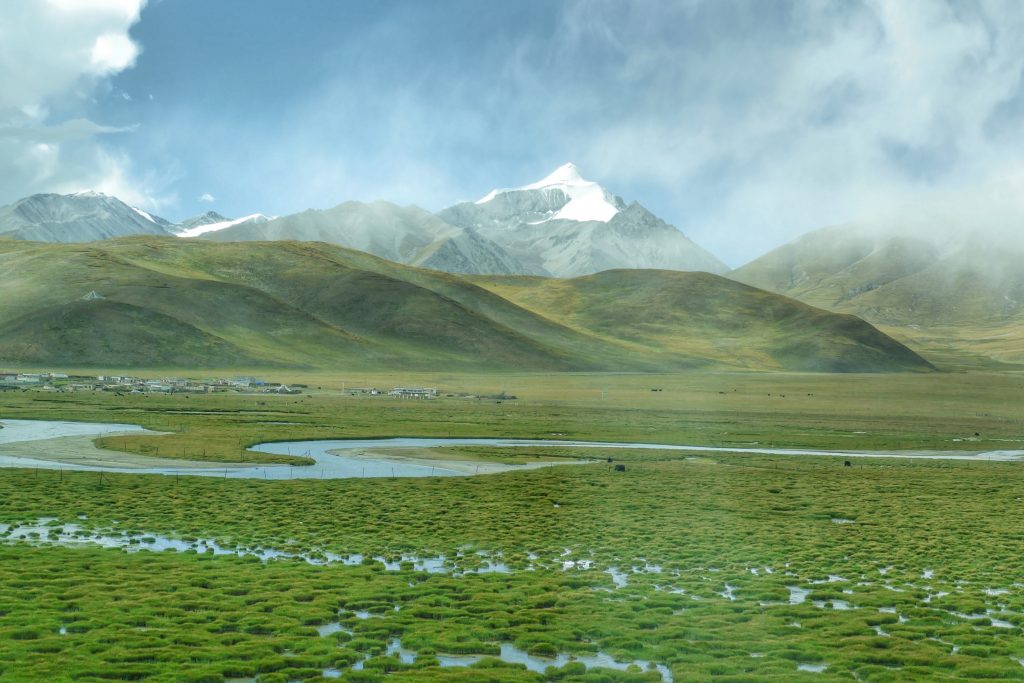 Where It Goes: Xining, China to Lhasa, Tibet

Why not start at the top with the world’s highest train ride? The Qinghai-Tibet Railway climbs to heart-thumping heights of over 16,000 feet as it snakes through the Himalayas, transporting travelers between China and Tibet. Unlike several of the train journeys on this list, the Qinghai-Tibet Railway is a modern build, running its first trip in 2006. It’s also the first railroad to connect China and Tibet, giving a much-needed boom to the Tibetan economy. The gorgeous 1,215-mile journey only makes seven stops as it passes through four different biomes. Booking in between April and November bodes for better weather, though the stunning views of grasslands, wetlands, mountains, and deserts are always breathtaking. A few tips: Grab a sleeper train, eat through the Chinese and Tibetan dishes in the dining car, and be sure to spend a few days acclimatizing to the elevation before getting on the train. 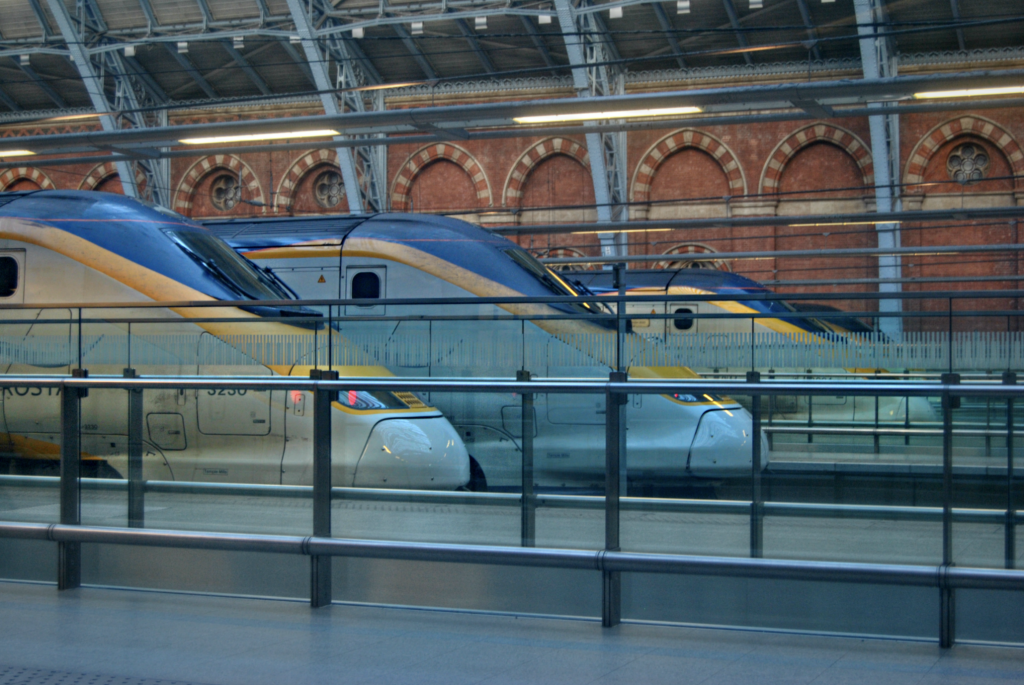 How Long It Takes: Two hours and 15 minutes

Eurostar is a popular way for folks to get from London to Paris (or vise versa), thanks to its quick travel time, but it has another draw that makes it a great bucket list train trip. For 20 minutes, you’ll actually be riding 150 feet underwater through the famed English Channel. Trains leave from St. Pancras/King’s Cross in London and arrive in Gare du Nord. While you won’t get much of a view from inside the train tunnel, Eurostar has a free and fun onboard VR component to the trip, called Odyssey. This feature allows passengers to virtually view an underwater world surrounding them as they pass through the Channel using either a VR headset (which you can purchase at the station) or a smartphone or tablet screen. Be sure to book your tickets early for the lowest prices. 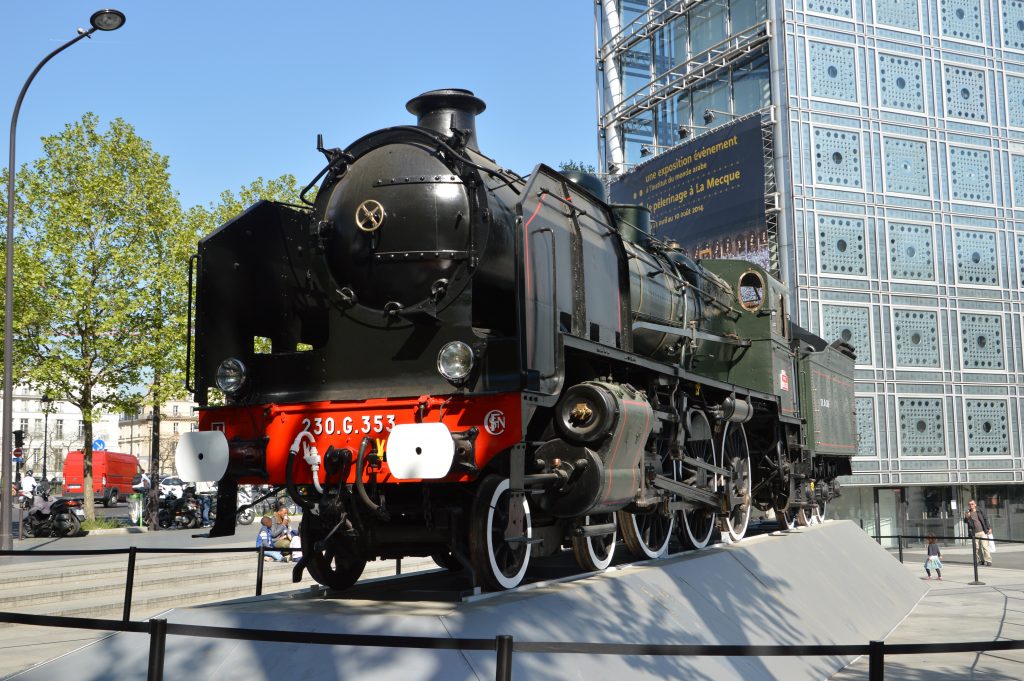 Where It Goes: Paris to Istanbul (original routing)

How Long It Takes: n/a

The Orient Express is one of the most famous train journeys in history, with movies and murder mystery novels undoubtedly adding to its mystery and intrigue. In its early decades, the Orient Express was the epitome of luxury travel, with high society and royalty riding its rails. Many people believe the name references a certain train, but it actually refers to a train route. Originally servicing Paris to Istanbul in the late 1880s, there were many iterations of the trains and routing before it ran its final trip in December 2009, a remarkable 126 years after its first journey. While they may have officially taken the Orient Express off the timetables, you can still ride its original route – all of which is included in a Eurail Global Pass. 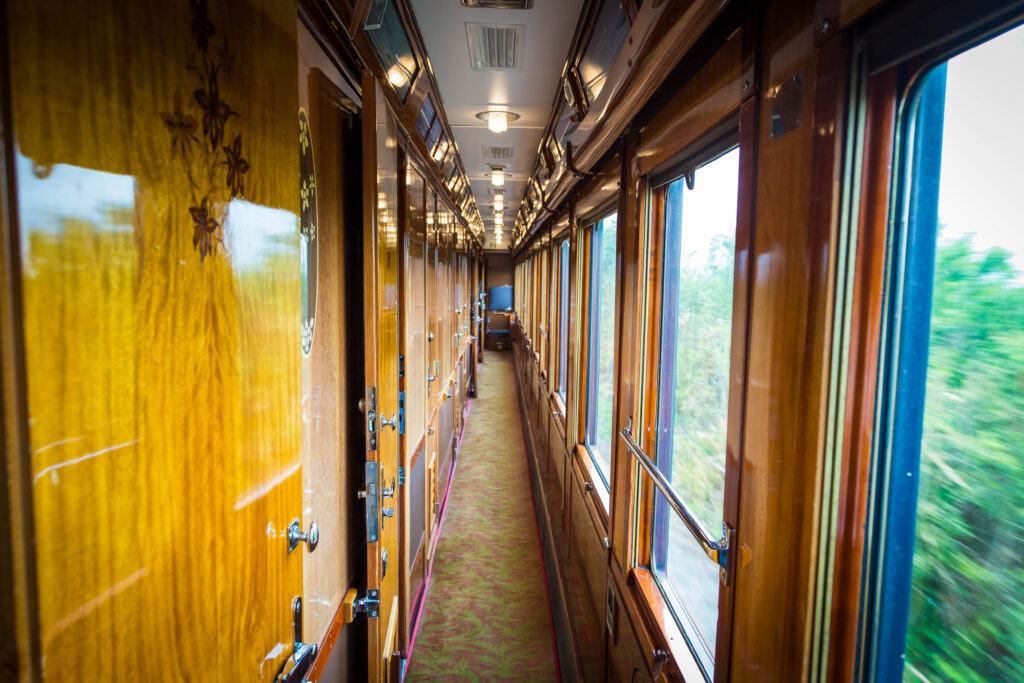 Where It Goes: London, England to Paris, France to Venice, Italy

How Long It Takes: Two days from London to Venice

Today, when most people talk about riding the Orient Express, they’re actually referring to the Venice Simplon Orient Express. This is a gorgeous privately-run set of immaculately restored train cars that run from London and Paris to Venice, Italy, and it is only related to the real Orient Express in name. Still, this luxurious adventure gives well-heeled riders a good glimpse of what train travel on the Orient Express would have been like in its heyday with its top-of-the-line retro interiors and frills-filled service. 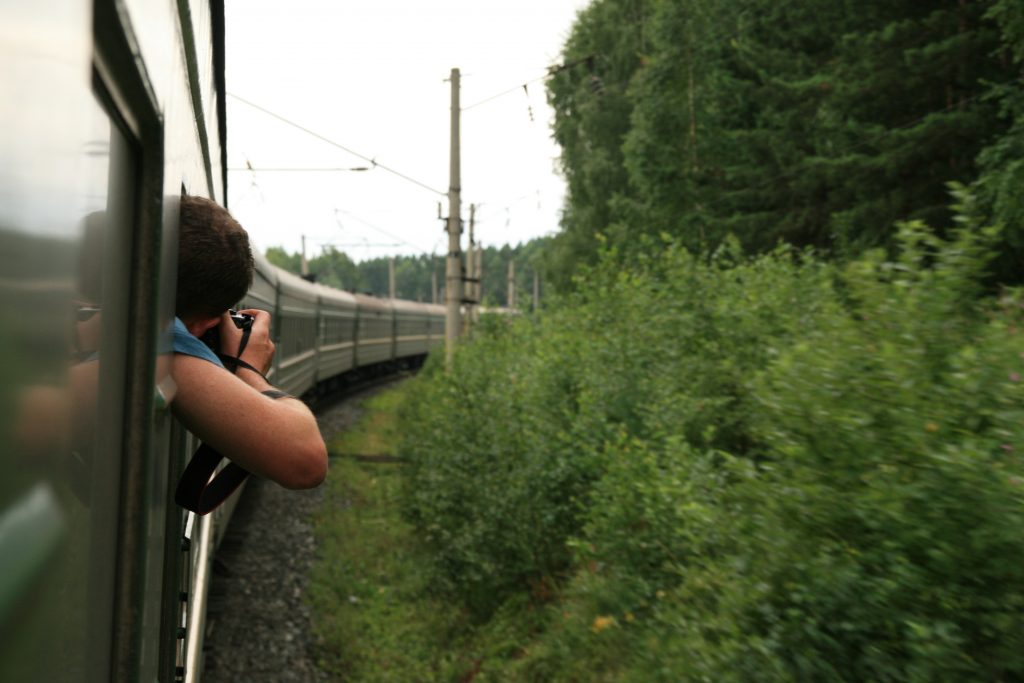 Where It Goes: Moscow, Russia to Vladivostok, Russia

How Long It Takes: Seven days

The Trans-Siberian Railway is another historically famous railroad that should be on your bucket list. It’s also the world’s longest continuous railway, clocking in at 5,772 miles from Moscow to Vladivostok — that’s about a third of the way around the world. Along the way, you’ll pass through eight times zones and have plenty of time to see the beautiful Russian countryside passing by the windows or sample food from the stalls set up on station platforms. Staying in the platzkart, a bunk-style sleeper set up with a dormitory vibe, gives you the most opportunity to interact with fellow passengers (though it has the least privacy). Or, you can opt for the private sleepers. Since mostly Russians ride this train, it’s also a great opportunity to join in on some local games and social drinks. However, if the idea of seven straight days on a train seems like it might make you go stir crazy, check out Vacations By Rail’s Golden Eagle tour package for the Trans-Siberian Express, which stretches your journey to 14 days with on-the-ground activities and overnights at stops along the way.

Travel Tip: For a more scenic alternative, switch at Ulan Ude for the Trans-Mongolian Railway. This route follows an ancient route for tea exports, connecting Russia with China and ending in Beijing. Watch as you pass through beautiful, sometimes desolate, landscapes like the Gobi Desert. 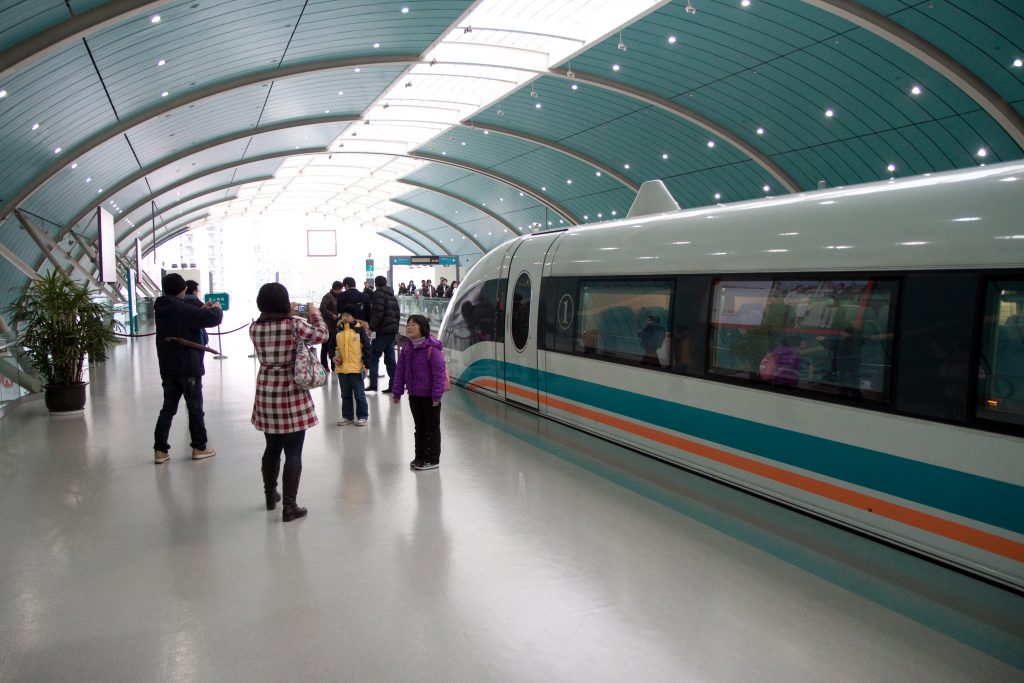 Where It Goes: Shanghai Pudong International Airport to the city center

How Long It Takes: 18 minutes

If you’re looking for a quick lift from the airport, there’s nothing faster than the Shanghai Maglev Train. Its 18-minute start-to-finish route is definitely the shortest trip on the list. It’s also the fastest operating train in the world, reaching up to 267 miles per hour as it shuttles passengers between the Shanghai Pudong International Airport and the city center. While the thought of getting on a train after a long-haul flight may seem draining, don’t worry — it’ll go by in a flash. 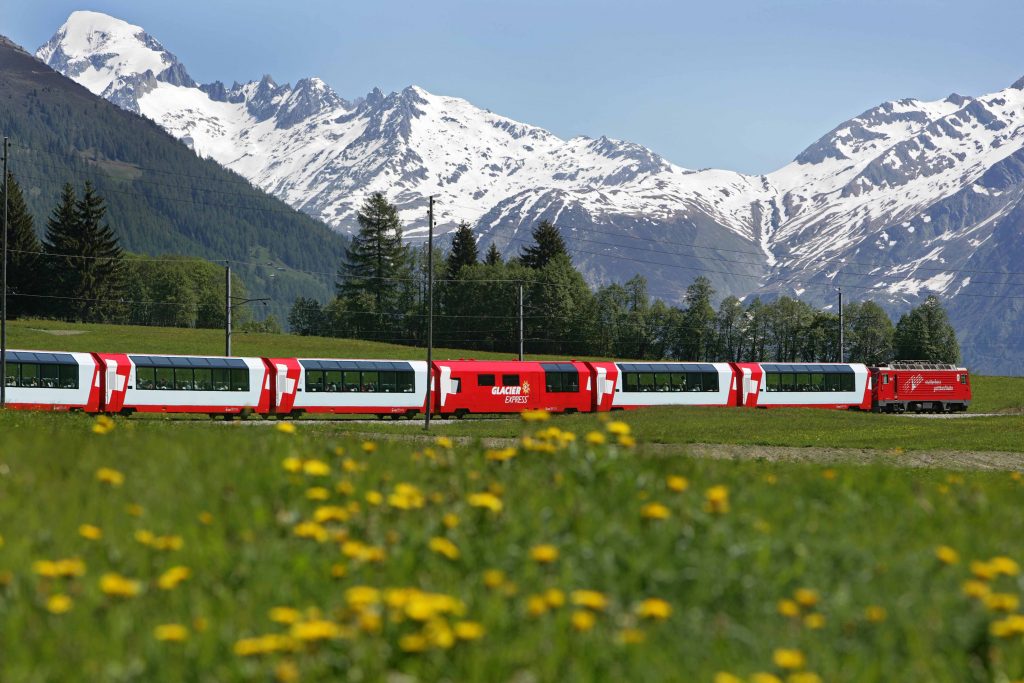 Where It Goes: St. Moritz and Zermatt in the Swiss Alps

How Long It Takes: Seven and a half hours

This gorgeous train ride is a favorite among many, as it’s arguably the best way to experience the Swiss Alps. It’s much more about the journey than the destination, plus it gives new meaning to the term slow travel, taking over seven hours to pass just 180 miles. But it’s one of the most scenic train journeys out there, so the slow pace is welcomed. Be prepared to ride on 291 bridges, through 91 tunnels, over mountainous curves, and into narrow passageways. Trains depart once daily and run year-round. Since the landscape can change with the seasons, this is one trip worth revisiting at different times of the year. The entirety of this route is covered with the Eurail Global Pass as well as the One Country Pass (as long as it’s for Switzerland), though you’ll need to pay extra for seat reservations. 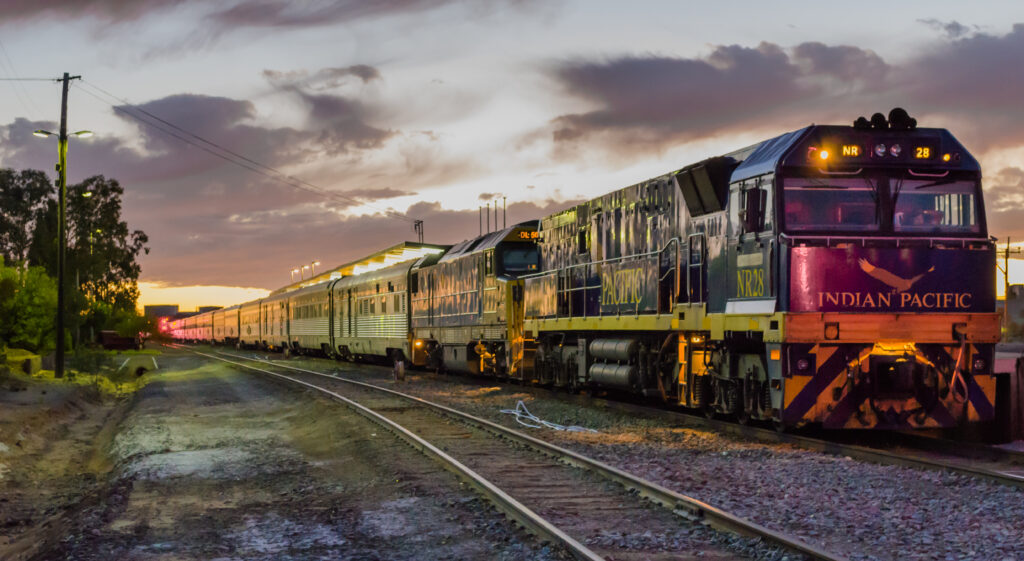 Where It Goes: Sydney to Perth, Australia

How Long It Takes: Three days

If you’ve ever wanted to travel in comfort through the Australian outback, this train is your ticket. It’s bucket-list worthy for a few reasons. One: You’re essentially riding from the Indian Ocean to the Pacific Ocean. Two: Once you’re done, you’ve officially crossed an entire continent by train. And three: It gives you access to Australia’s hauntingly barren, but beautiful, outback — from the comfort of an air-conditioned coach. Departing from Sydney, you’ll be able to cozy up with a cuppa in your private sleeper car for three days while traveling the 2,698 miles to Perth (with four short stops). Along the way, you can peek out the windows and try to spot emus, koalas, and kangaroos; soak in the vast landscape of the Nullarbor Plain (which is also home to the longest stretch of straight railroad tracks — 297 miles — in the world); and even stretch your legs at the Kalgoorlie stop (part of Australia’s gold rush Golden Mile). 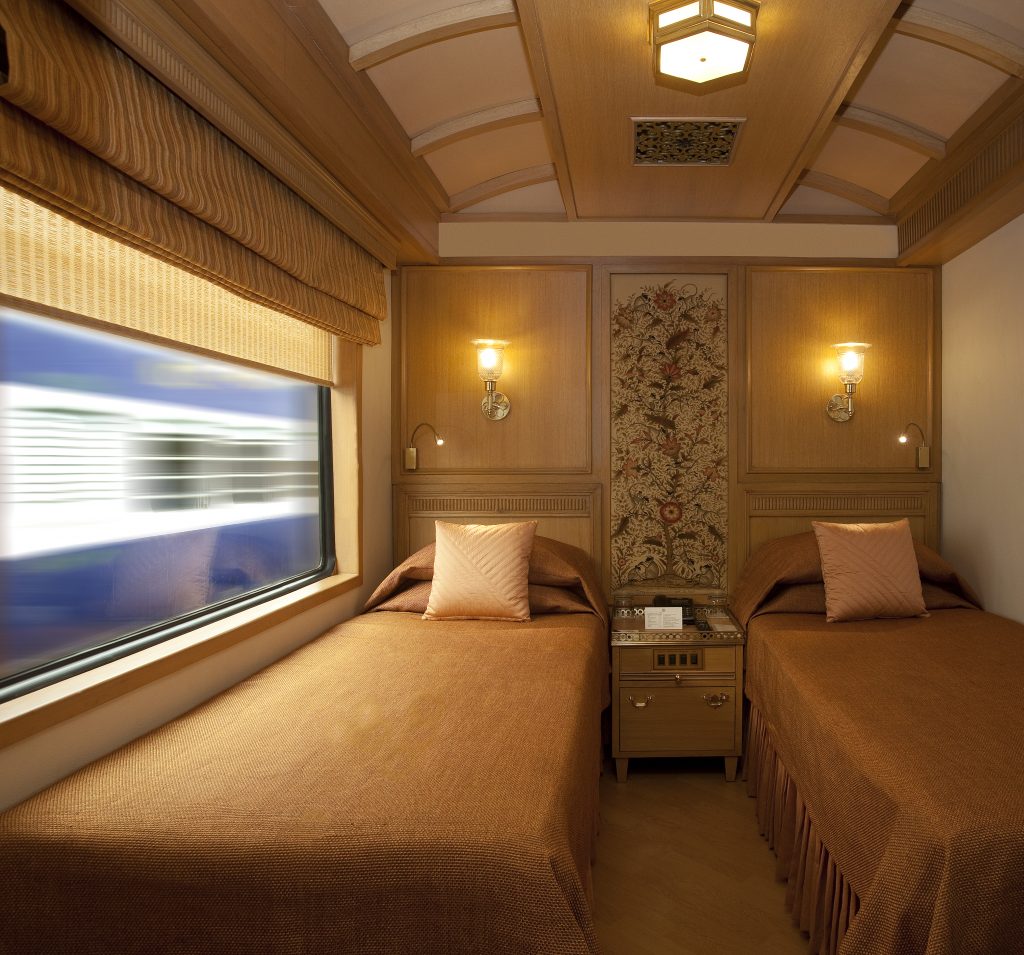 Where It Goes: Various routes throughout India

How Long It Takes: Depends on route

India has the world’s third-largest passenger rail system, and rocking on the rails through this lively, diverse country should definitely be on your bucket list. While there are several local options for traveling by train through India, you’ll find a more comfortable (and likely safer) ride on one of the luxury tourist trains. The Maharajas’ Express is a truly decadent experience that comes with personal butler service, welcome flowers and gifts at each stop, beautiful decor, and of course, a heft price tag (though there are four different ticket class options). However, ticket prices include your choice of an excursion at each stop, all food and drinks, and access to an onboard doctor who also travels with the group on excursions. This is a once-in-a-lifetime train trip that works great as a honeymoon option, too. 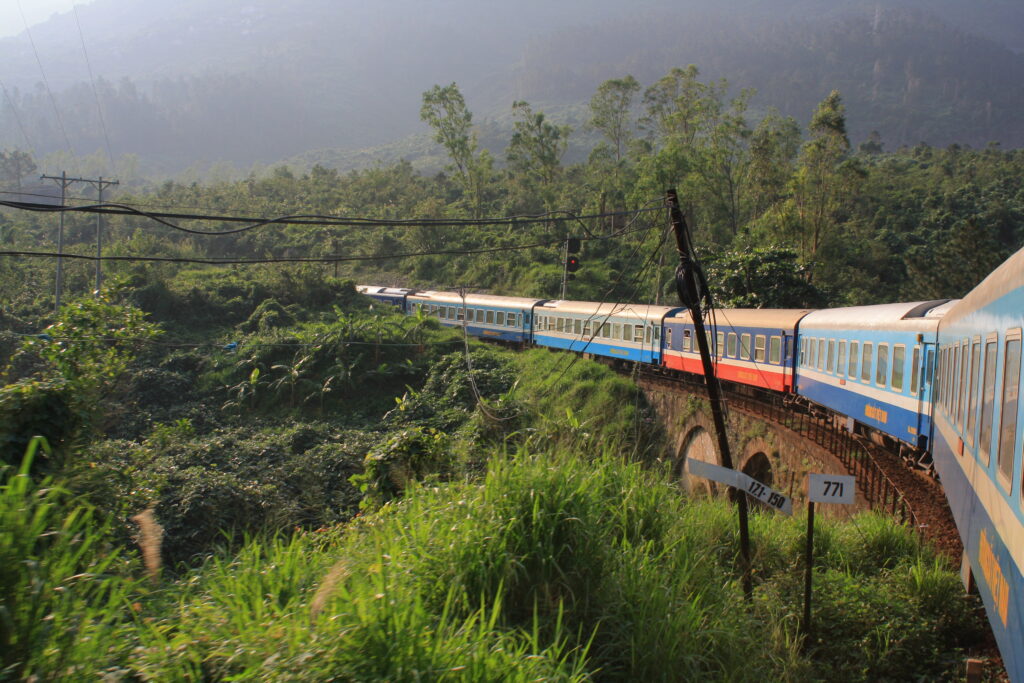 Where It Goes: Hanoi to Ho Chi Minh City, Vietnam

The Reunification Express is a nickname given to the railway that connects Hanoi with Ho Chi Minh City (locally referred to as Saigon). The original French-built rail line was cut in 1954, in the separation of north and south, but it was rebuilt, reunifying the country in 1973. Flights are a faster way to fly between these two popular cities, but those who take the train are rewarded with views through lush jungle landscapes, rice paddies, small countryside towns, and even bustling local areas. The train’s 1,072-mile run is a true window into Vietnam — a glimpse you won’t otherwise see by flying in. The train makes 10 stops and you can hop on and off as you please, but you’ll need a separate ticket for each journey. Popular tourist stops include Hue, Da Nang, and Nha Trang. Sleeper cars fit four people, and it’s common to share with other travelers or some locals.