The small, rocky archipelago of Malta packs a wealth of attractions. Malta’s strategic location in the center of the Mediterranean helped it thrive as a trading hub, leading to numerous invasions and conquests throughout its history. Influences from Sicily, the Middle East, and Britain are apparent in Maltese culture, especially its cuisine and architecture. That being said, Malta is unwaveringly Roman Catholic, with approximately 95 percent of the population actively practicing. Thus, Christmas is widely celebrated across the archipelago, creating an authentically festive atmosphere in its cities and villages. If you’re not sold yet, read on to learn why you should escape the cold, dreary winter back home to spend Christmas in Malta and these neighboring Mediterranean destinations.

1. The weather in Malta is mild this time of year. 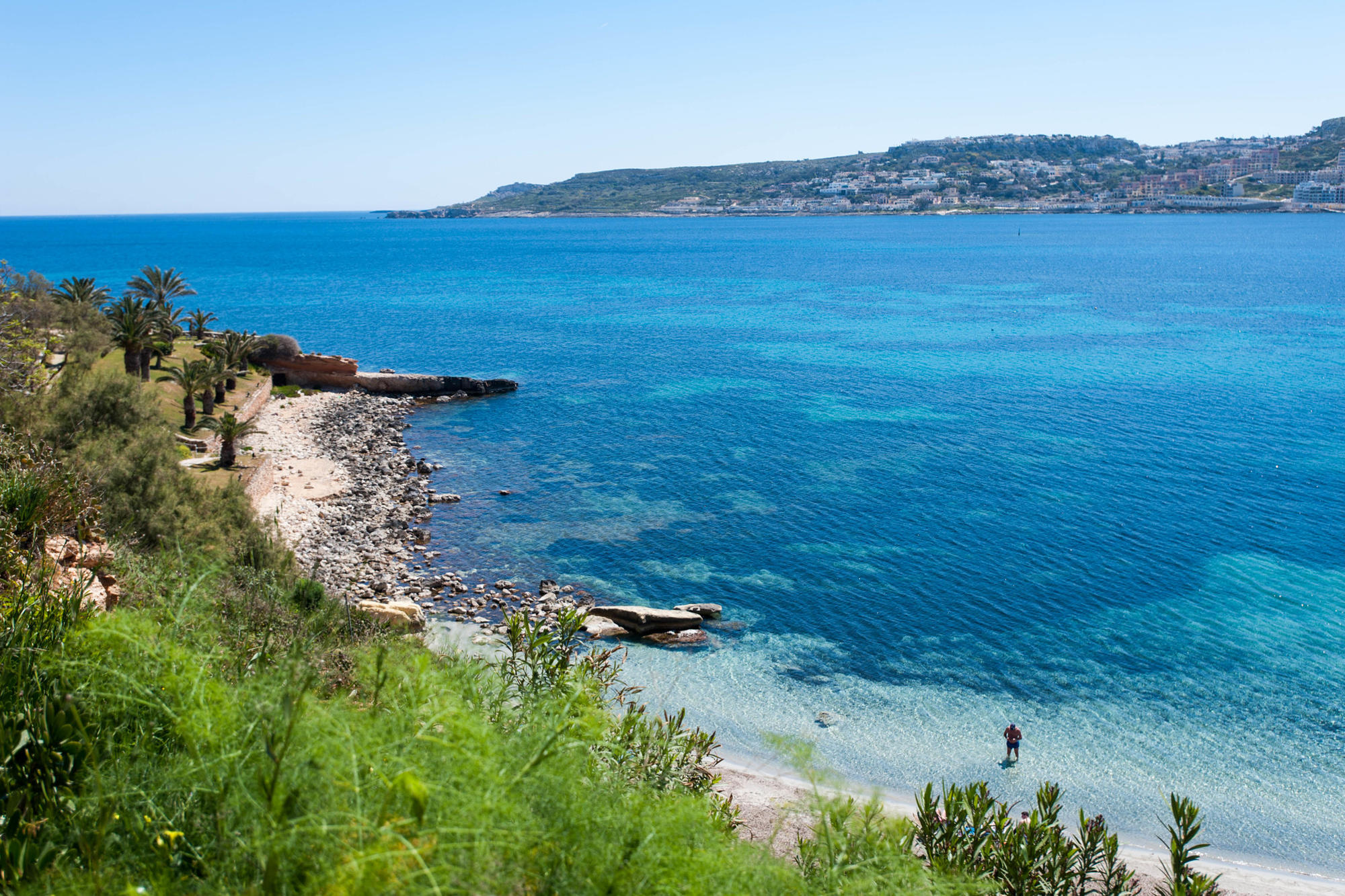 While much of mainland Europe’s daylight is cut to just six to eight hours per day, Malta still sees approximately 10 hours in December. Located farther south than parts of Tunisia, Malta enjoys an incredibly temperate climate (December sees plenty of days above 60 degrees) and around 300 days of sunshine.

2. Holiday activities in Malta are aplenty. 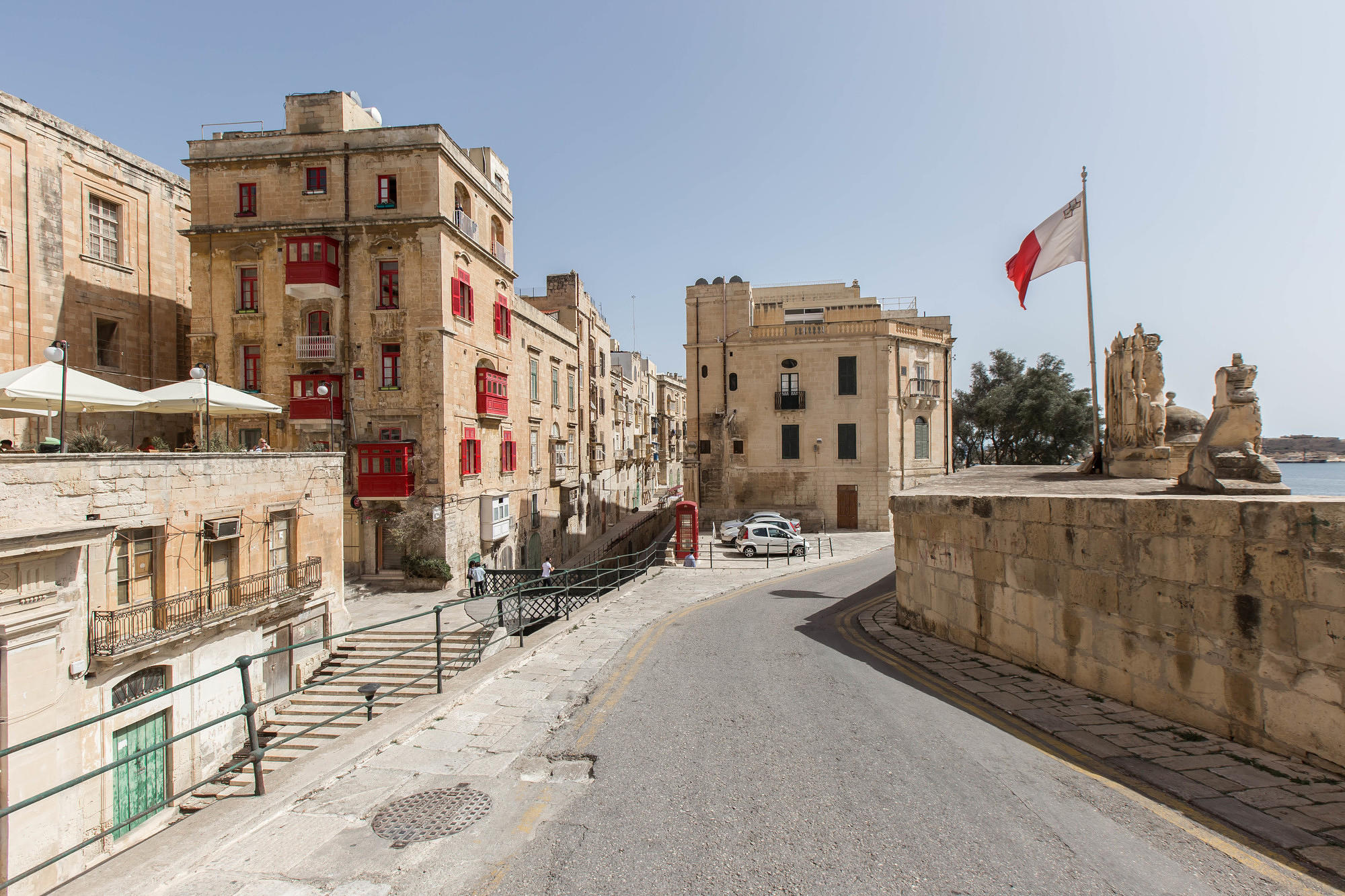 Communities across Malta’s three inhabited islands — Malta, Gozo, and Comino – pull out all the stops for their Christmas decorations and celebrations. Churches get decked out in Christmas trimmings and flowers, while homes and churches create their own Nativity scenes. It’s a popular Maltese pastime to walk from house to house to view these elaborate displays that include handcrafted designs and mechanically-operated figurines. Malta’s capital, Valletta, sees the most Christmas grandeur. Christmas carols can be heard through Valletta’s pedestrian streets and public squares, which are adorned with extensive lights and garlands. Other highlights include the Manoel Theatre’s comedic pantomime shows and the incredible Christmas decorations at the St. John’s Co-Cathedral.

3. There are a lot of things to do in Malta in addition to holiday festivities.

Aside from the Christmas revelry in Malta’s cities and towns, the archipelago is teeming with natural wonders and outdoor activities. Though it might be a bit frigid for swimming at the beach, Malta’s world-class diving sites are still very much accessible. Malta has created several artificial reefs by sinking decommissioned boats, such as the MV Karwela ferry wreck off Gozo and the Um El Faroud oil tanker off Malta. Malta boasts naturally occurring spectacles underwater, too, like the Blue Hole and double arch cave. The archipelago’s ancient history is on full display at numerous archaeological sites. Visitors can descend into the subterranean necropolis of Hypogeum, which dates back to approximately 3600 to 3000 B.C. Hypogeum’s rooms and passageways were painstakingly carved out of the rock face, which kept them hidden until 1902. Today, the underground chambers are protected by UNESCO, so visitation is limited to 10 people per tour and eight tours per day. Above ground, Hagar Qim and Mnajdra comprise Malta’s well-preserved prehistoric temples. The beauty of these megalithic structures is further enhanced by their position on dramatic sea cliffs.

Where to Stay in Malta 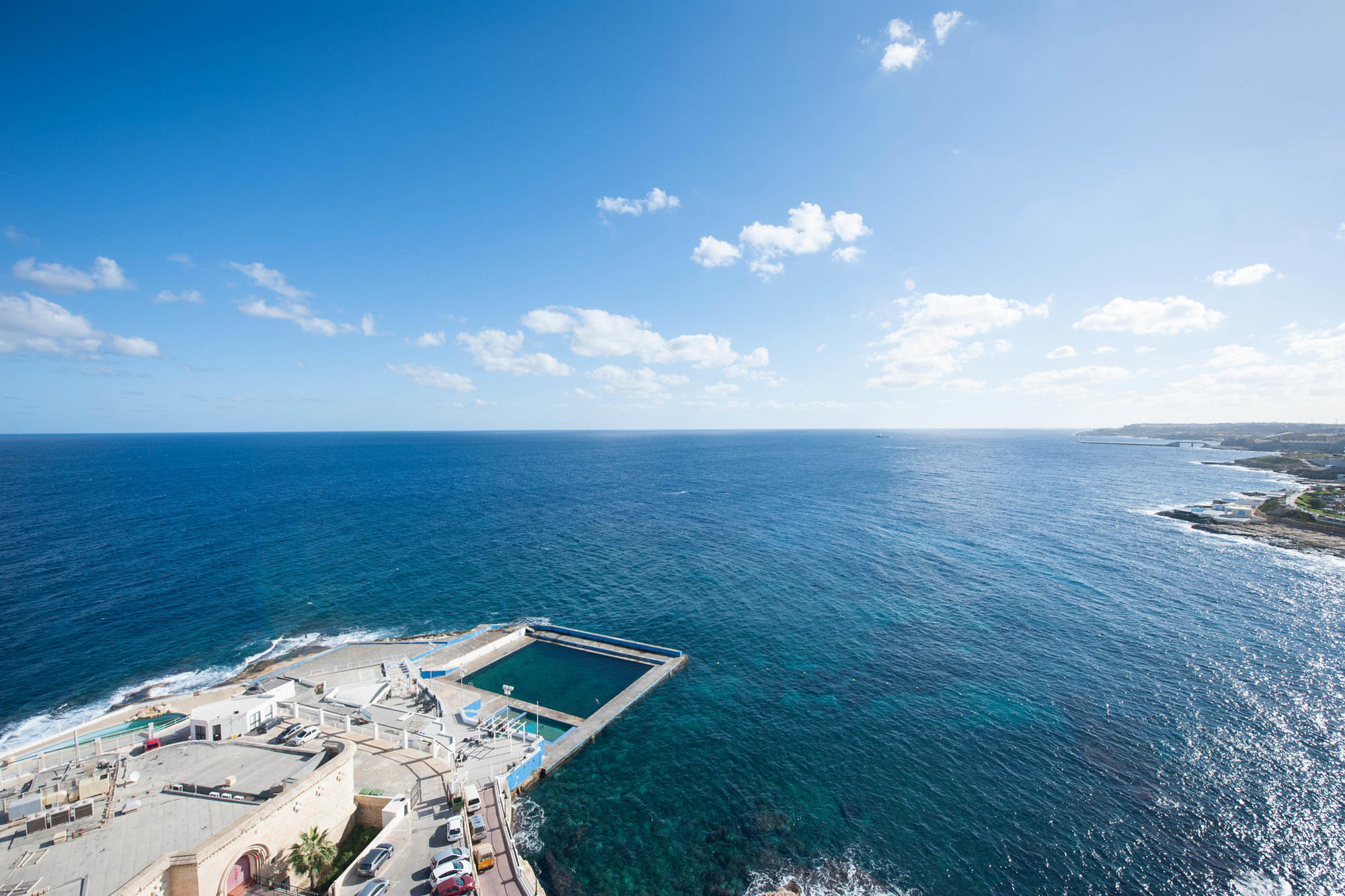 The luxurious Casa Ellul occupies a restored 19th-century townhouse in Valletta, a UNESCO World Heritage site and Malta’s capital. The Xara Palace Relais & Chateaux delivers a top-notch location among palaces and cathedrals inside the ancient walls of Mdina, a village dating back more than 4,000 years. Reserve one of the suites to admire sunrise and sunset views over the surrounding countryside. And families with kids will be thrilled with Preluna Hotel & Spa’s pool, water sports, and on-site mini-golf. Additionally, the resort boasts its own private beach and a great location just across the harbor from downtown Valletta.

Another top option includes db Seabank Resort + Spa, an upper-middle-range family-friendly property with a long list of amenities that include a kids’ club, live entertainment, a bowling alley, a sandy beach, and lively lagoon pools. The large Ramla Bay Resort is situated on Malta’s northernmost coast is also a favorite, thanks to its private beach, a water-sports center, and views of Gozo and Comino Islands.

Other Mediterranean Destinations to Visit for Christmas 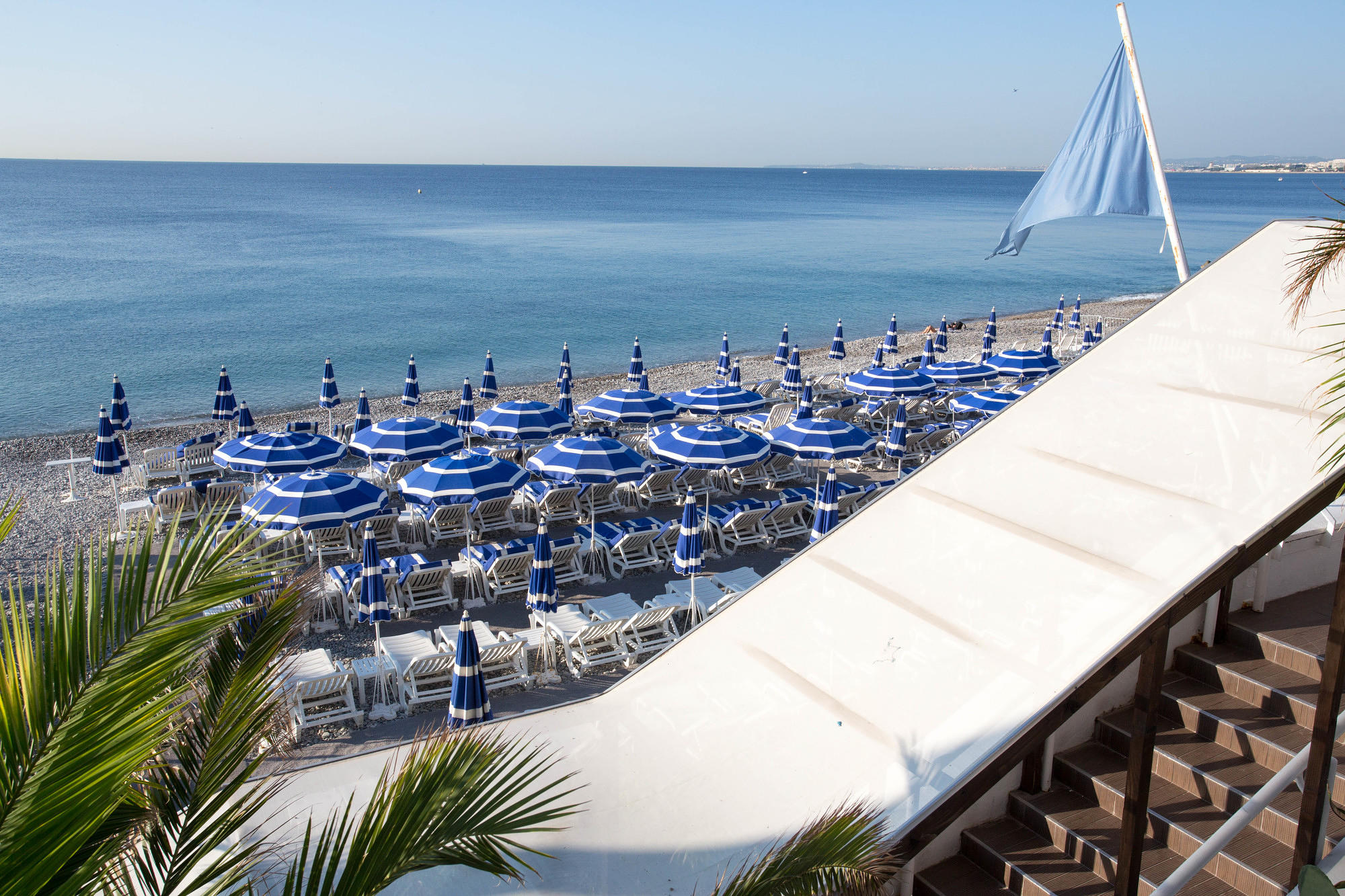 Situated on the legendary Côte d’Azur, Nice’s mix of French and Italian influences coupled with its coastal beauty have been drawing visitors for centuries. Although summer is high season, Nice is France’s fifth-largest city, and thus, its seaside promenades, streetside cafes, and museums are lively throughout the year. While visitors will likely find the December temperatures in the mid-50s to be a respite from winter, expect the locals to be fashionably bundled up and in full winter garb.

Nice’s Place Massena is the center stage for its Christmas festivities. On December 1, the square transforms into a Christmas village, including chalet-style market vendors, an ice-skating rink, plenty of lights and garlands, and carnival rides. Nearby, the swaying palm trees along the famous seaside Promenade des Anglais are strewn with lights.

Aside from the Christmas celebrations, Nice has plenty to entertain visitors for a lengthy holiday visit. Old Nice’s maze of narrow, winding lanes contains plenty of shops, bars, cafes, and the Cours Saleya market square. The bustling market is divided between a food and flower market. The former sells fresh produce, delicious cheeses, freshly baked bread, and local specialties, while the latter offers blossoms sourced from the surrounding countryside. On Mondays, the Cours Saleya transforms into a flea market, where local vendors hawk trinkets, art, and other crafts.

Nice boasts an impressive selection of art museums, including the Marc Chagall National Museum, Musée d’Art Moderne, and the Musée Matisse. The latter houses a collection of Henri Matisse’s work in a stunning 17th-century Genoese villa, located across the Jardin des Arènes de Cimiez from the artist’s grave. Finally, no visit is complete without ascending the winding steps (or taking the free lift) up from the east of Old Nice to Colline du Château park. Here, you’ll find the best views over the city and surrounding hills.

Our Pick for a Nice Hotel: Hotel Beau Rivage

The Hotel Beau Rivage is advantageously located between the Christmas village in Place Massena and Old Nice, while the seafront is a mere few blocks away. 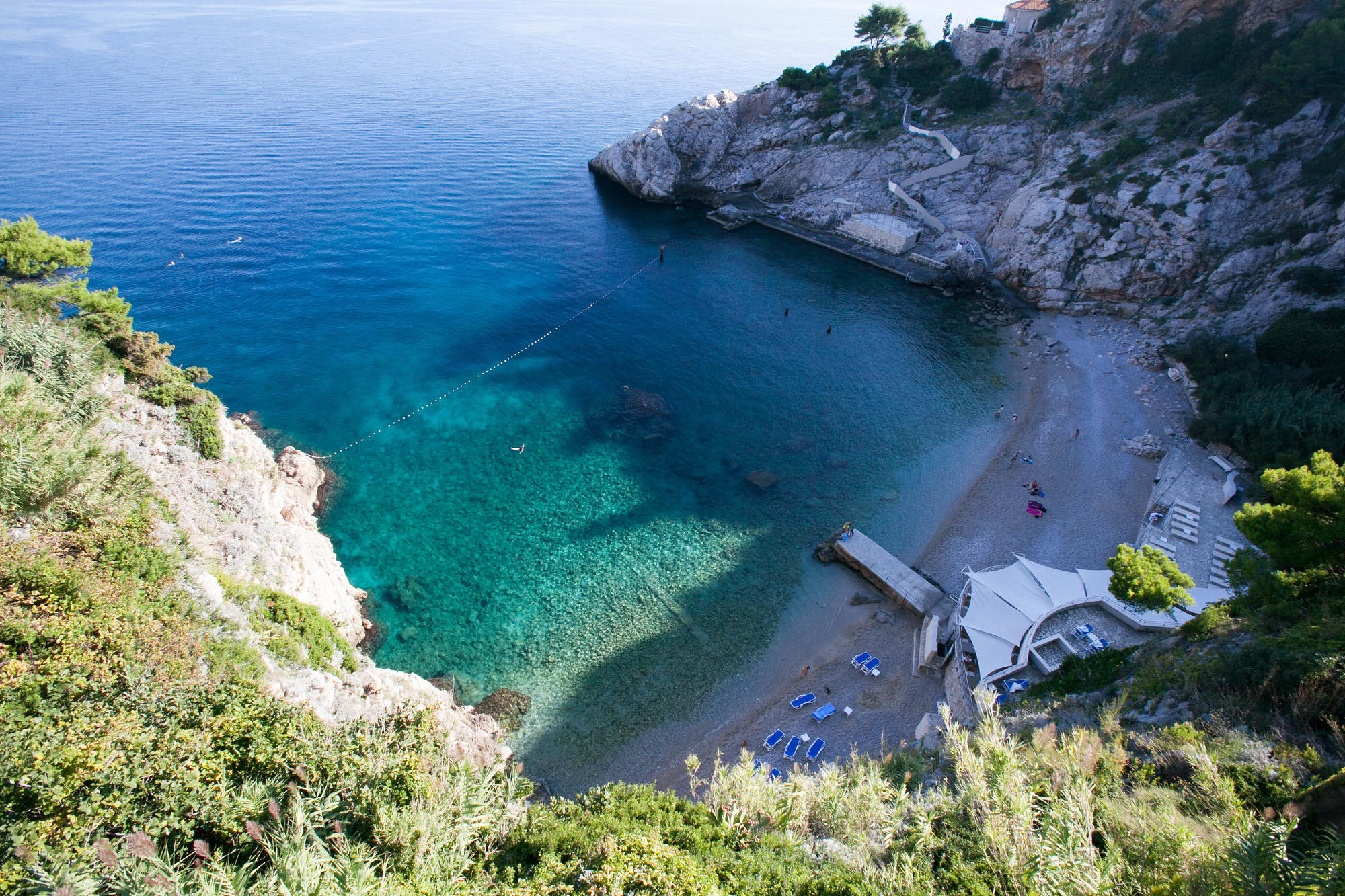 Dubrovnik continues to top travel bucket lists, thanks to ongoing buzz from “Game of Thrones.” It even issued daily visitor limits to combat overtourism. December, however, falls well outside the high season, meaning that visitors will be spared from waiting in lines and jostling for space in Dubrovnik’s compact city center. Cooler temperatures will likely rule out the beach, but the brisk weather makes exploring the city’s walls and fortresses more pleasant than in scorching July and August.

Additionally, December sees an explosion of local festivities and holiday pageantry that transforms the less crowded, but still lively, streets. Dubrovnik’s marvelous historic buildings are enhanced by laurel wreaths on gateways and arches, while twinkling lights are strewn above alleyways and outdoor cafes.

The city’s main thoroughfare, Stradun, is consumed by booths selling traditional delicacies, mulled wine, and crafts, while side streets lead away from the crowds to smaller restaurants and boutiques. On Christmas Eve, locals gather at the steps of the gorgeous City Council Palace to hear the mayor deliver a speech before caroling from home to home. Croatia is predominantly Roman Catholic, so plan to arrive early to attend a packed midnight mass.

Our Pick for a Dubrovnik Hotel: Hotel Stari Grad

Take advantage of Old Town’s Christmas spectacle from a cozy room at the Hotel Stari Grad. The rooftop restaurant grants superb views of the surrounding city. 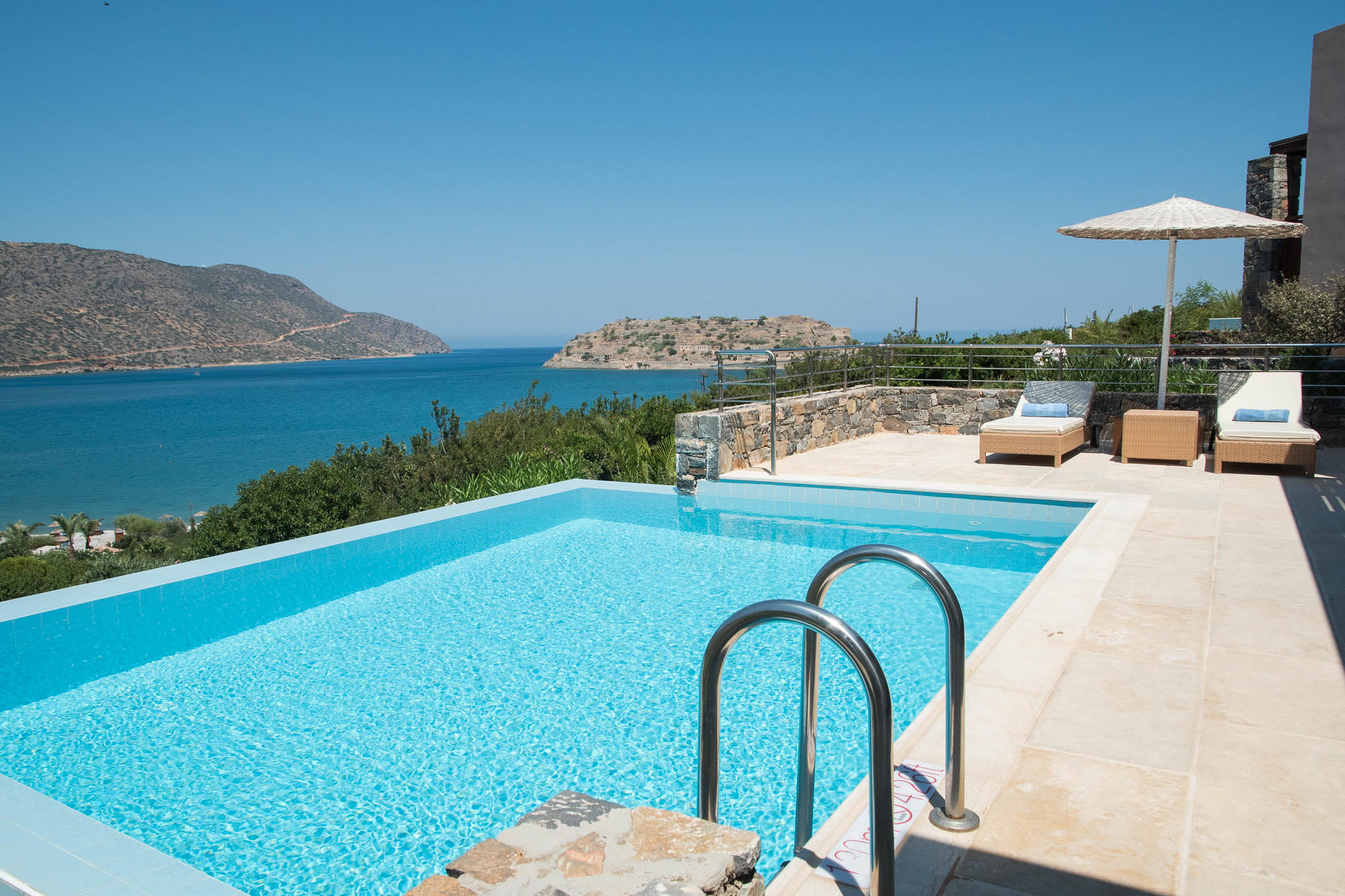 Greece’s largest island, Crete, encapsulates remarkable landscapes and centuries of rich history. Although it’s an increasingly popular summer destination, crowds and prices drop off significantly during winter. Crete’s interior White Mountains reach heights of 8,000 feet, allowing for a stellar hike in the morning and a relaxing stroll along white-sand beaches in the afternoon. Crete’s beaches and crystal-clear water could be easily mistaken for the Caribbean, especially Elafonisi, palm-fringed Vai, and the vast Tymbaki beach. Other top options include the black-sand Agia Roumeli, Balos beach and lagoon, and Matala for its sandy shoreline and hidden caves. For the holidays, base yourself in the seaside town of Chania on the northwestern coast. Unlike many of Crete’s smaller beach towns, Chania’s Old Town bustles year-round. Narrow lanes lead between Venetian and Turkish-style townhouses, many of which have been converted into boutique shops and trendy eateries.

Our Pick for a Crete Hotel: Serenissima Boutique Hotel

The Serenissima Boutique Hotel, situated in the heart of Chania’s Old Town, is our top choice for a romantic holiday getaway. The 16th-century property features chic decor, on-site massages, and excellent Cretan cuisine. 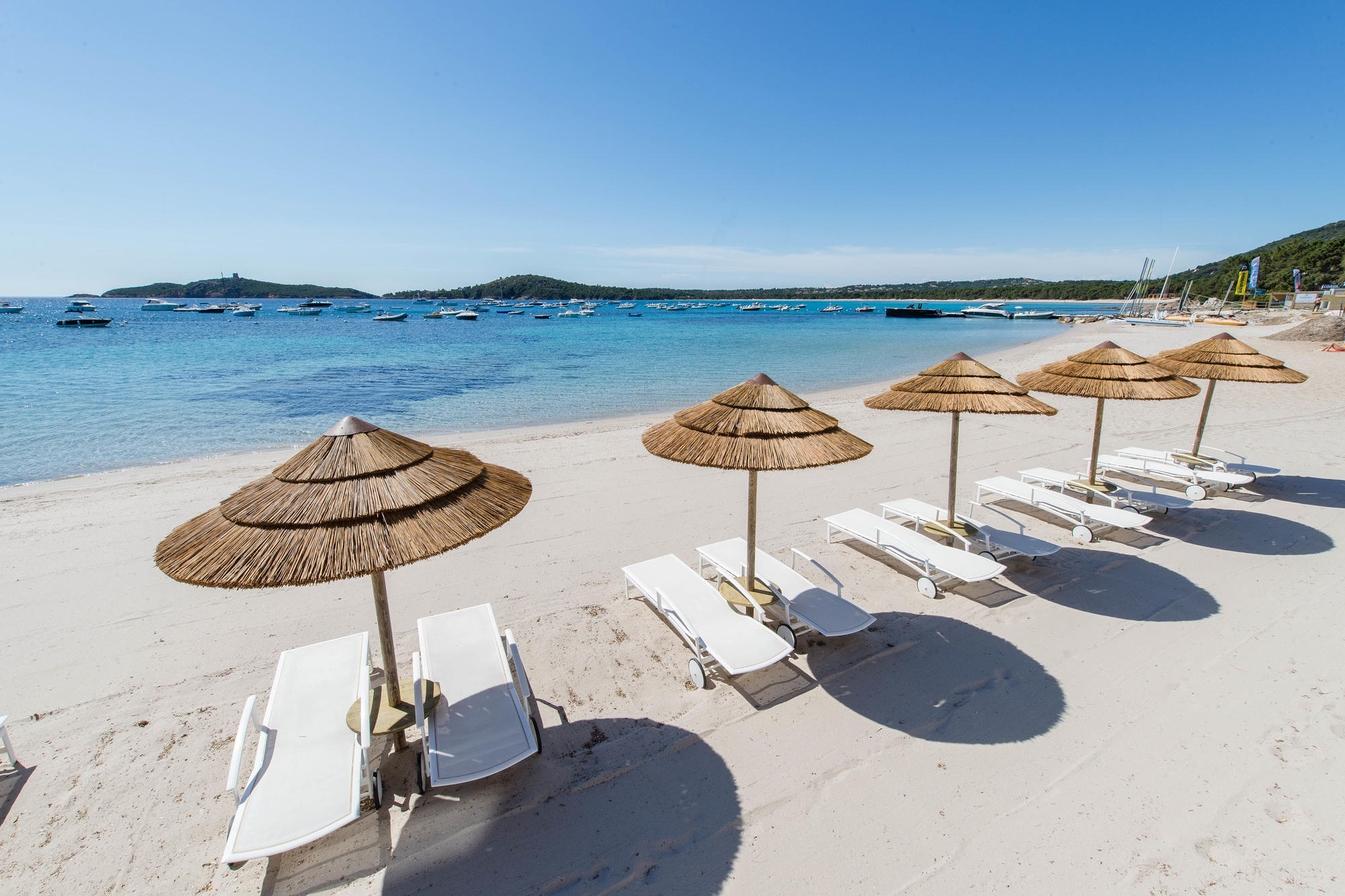 Like Crete, spending the holidays in Corsica means you can ski and soak up the winter sun on the beach. Given the island’s southerly location between mainland France and the Italian island of Sardinia, many outsiders are unaware of Corsica’s diverse topography. The coast is fringed with palm trees, striking rocky outcrops, and an impressive selection of sandy beaches. However, rugged mountains constitute the majority of Corsica. A total of 20 peaks tower more than 6,500 feet over the shimmering azure sea. Corsica’s ski season, which typically spans December through April, is characterized by powdery snow due to the warm surrounding climate. The islands have two main ski resorts, Val d’Ese and Ghisoni Capanelle, both of which feature lifts and several trails. Val d’Ese is located roughly an hour by car from the port town of Ajaccio, while Ghisoni Capanelle is best accessed from the east coast. Regarding holiday festivities, Corsicans typically celebrate at home with family, so there isn’t much for visitors to partake in. That being said, it’s a great time to explore this uniquely independent island and its phenomenal scenery without the summer bustle.

Our Pick for a Corsica Hotel: A Cheda

Perched above the town of Bonifacio, A Cheda’s lush scenery and outdoor whirlpool make for a relaxing, secluded holiday.

Pricing for A Cheda