If you live in a part of the world where the late fall and winter months mean bone-chilling cold, clouds, and days of rain or snow, you've likely dreamed of a warm-weather winter vacation. One problem: You aren't alone. January through April are peak season across the world's sunbelt — especially in Mexico. From Christmas onward, prices for hotels in Los Cabos, Puerto Vallarta, Riviera Nayarit, Cancun, and the Riviera Maya skyrocket. You can expect a similar spike in airfares as well. But we've got a pro tip for you to help you score that necessary vitamin D and keep your finances intact — visit Mexico in December. Read on for why you should go (and where) for a great winter vacation without the crowds.

Author's Note: If you're really looking to avoid the crowds in Mexico at any time of the year, you can also check out the coolest alternatives to Mexico's most popular destinations here. 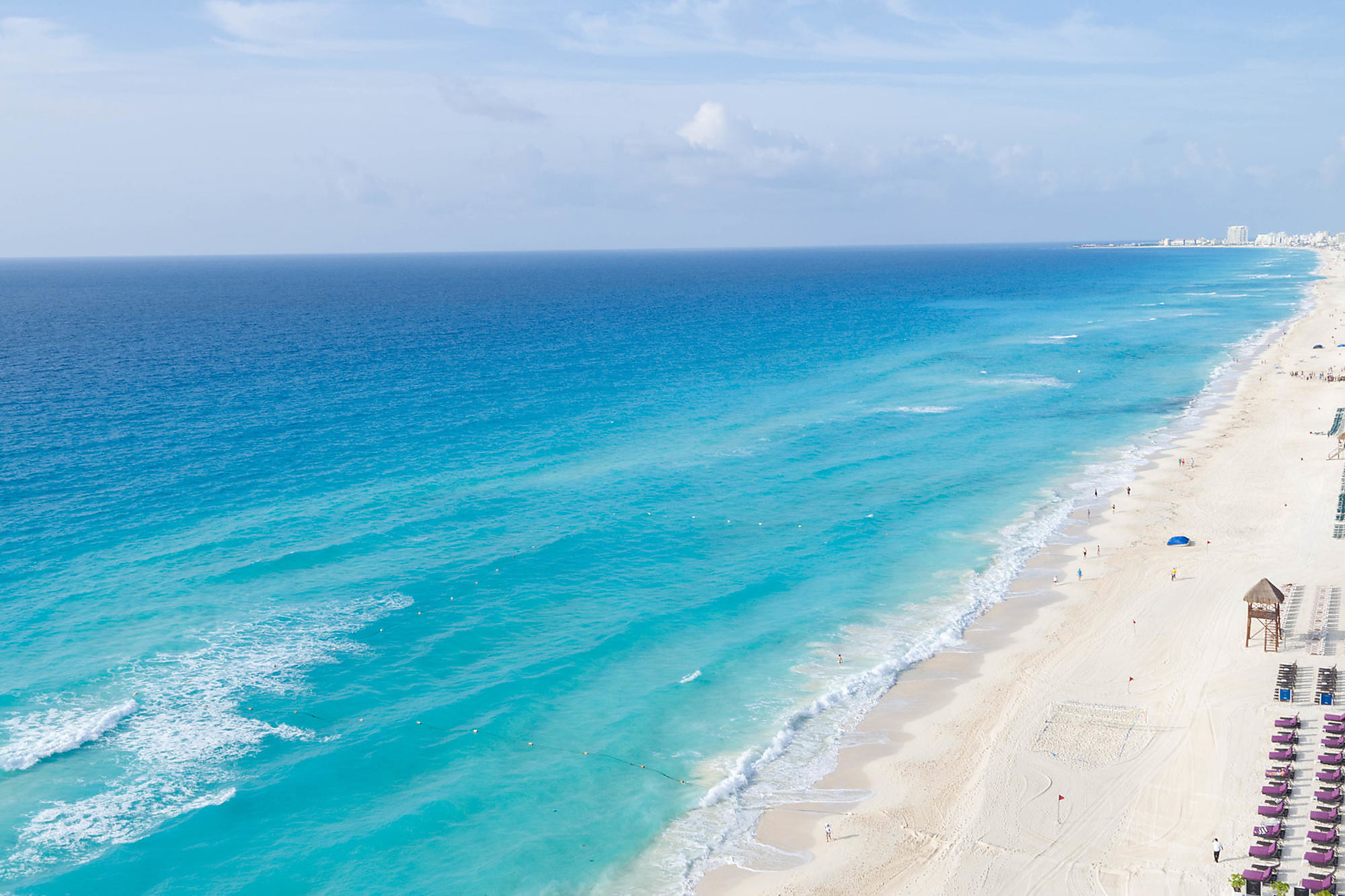 The beach view from Secrets The Vine Cancun/Oyster

For many travelers, Cancun epitomizes the ultimate Mexican beach vacation. Why is that? For starters, it’s packed with amazing all-inclusive resorts that cater to your every need. Cancun also has one of the prettiest beaches in the Caribbean, and is filled with nightlife and restaurants. However, from late December to April, it can be intensely busy. Those pristine white sands are crowded by thousands of people boozing it up, playing volleyball, paragliding, and blasting music. We’ve also heard more than one high-season complaint about cut-throat competition for poolside loungers (and have lived through it ourselves).

You’ll also find that Cancun is subject to tropical rains and hurricane threats in the summer months, making a low-season visit riskier. While you’re likely to find deep discounts on hotels and flights at this time of year, your trip might get washed out. Summer also generally corresponds to the massive seaweed blooms that have plagued the Caribbean region for years now.

December in Cancun is, essentially, perfect. The storms of the summer and fall months have cleared out, meaning you’re far more likely to experience sunny skies. In fact, December is often drier than January, according to U.S. News & World Report. You’ll find temperatures hover in the pleasantly-hot range during the day (generally tapping out in the low 80s), and humidity is lower than June through November.

What does this mean for your wallet? Well, as most travelers are saving up to splurge on hotel rooms from January through April in Cancun, resorts often drastically reduce their nightly rates in December. In fact, according to Oyster’s data, hotels in Cancun can be anywhere from 15 to 30% cheaper in December than peak season. You’ll also benefit from less crowded beaches and pools at your resort. Even though there will be fewer tourists, nearly every restaurant, bar, and nightclub is open, so there’s no need to worry about getting bored either. 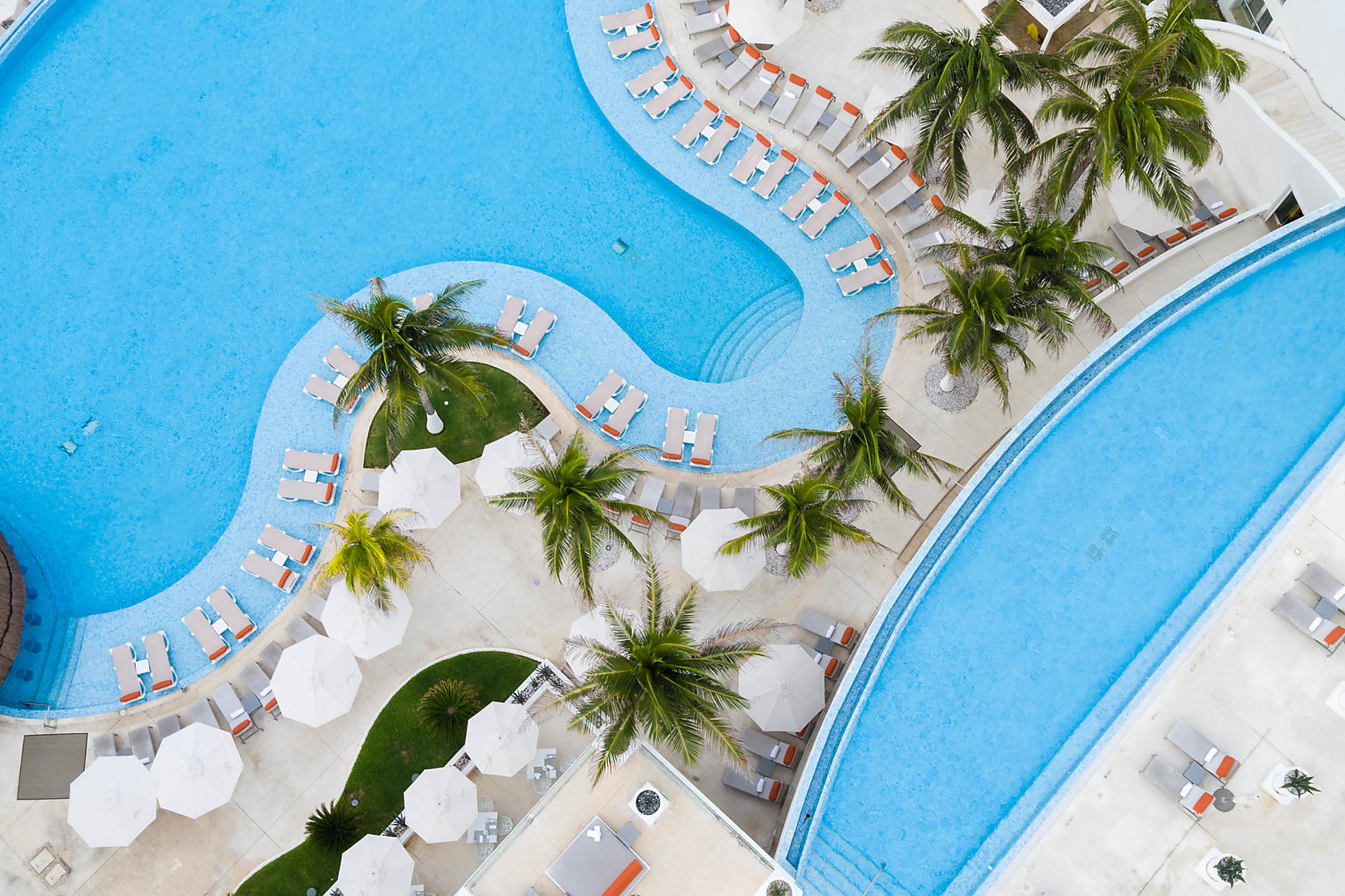 December is the perfect time to post up at Le Blanc Spa Resort Cancun. This adults-only all-inclusive property doesn’t come cheaply — rates in peak season can soar above $725 per night. However, if you visit in the first three weeks of December, you can find deals as low as $550 a night. From one of the best spas in Cancun to its beautiful pools and spacious rooms, Le Blanc Cancun is one of the most popular hotels in all of Mexico. 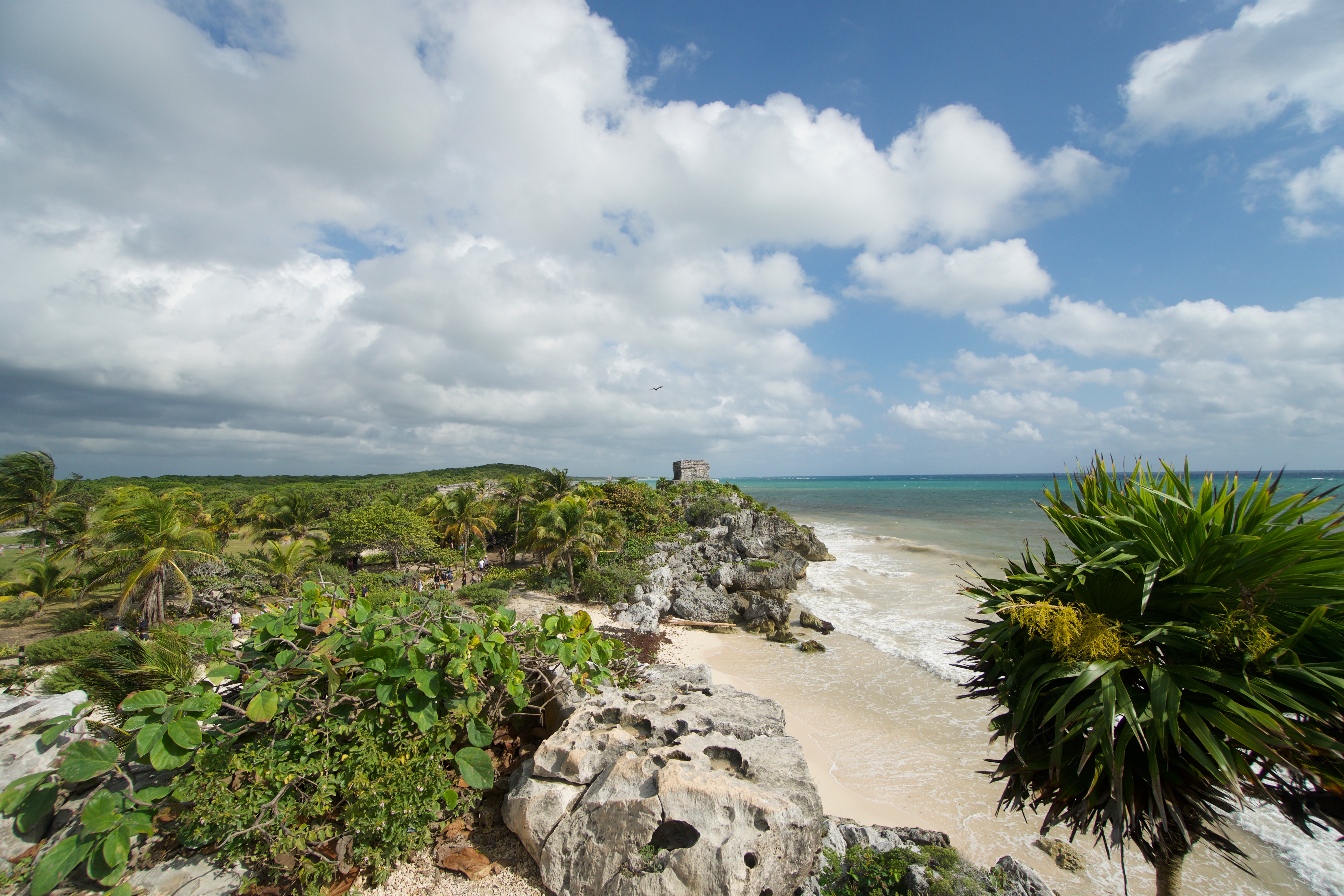 Located just south of Cancun, the Riviera Maya is subject to the same patterns in tourism and weather. To be fair, though, this region is much larger than Cancun — including the far-flung towns of Puerto Aventuras, Akumal, Playa del Carmen, Puerto Morelos, and Tulum — and beach crowding tends to be less of an issue in most areas year-round. That’s less true in Playa del Carmen, which has a bustling vibe on par with what you’ll find in Cancun. Even so, you’ll find thinner crowds along the sand in December, and rates are generally lower than January through April. How much cheaper are Riviera Maya hotel prices in December? Our data shows you can save at least 25% per night by visiting just before peak season. 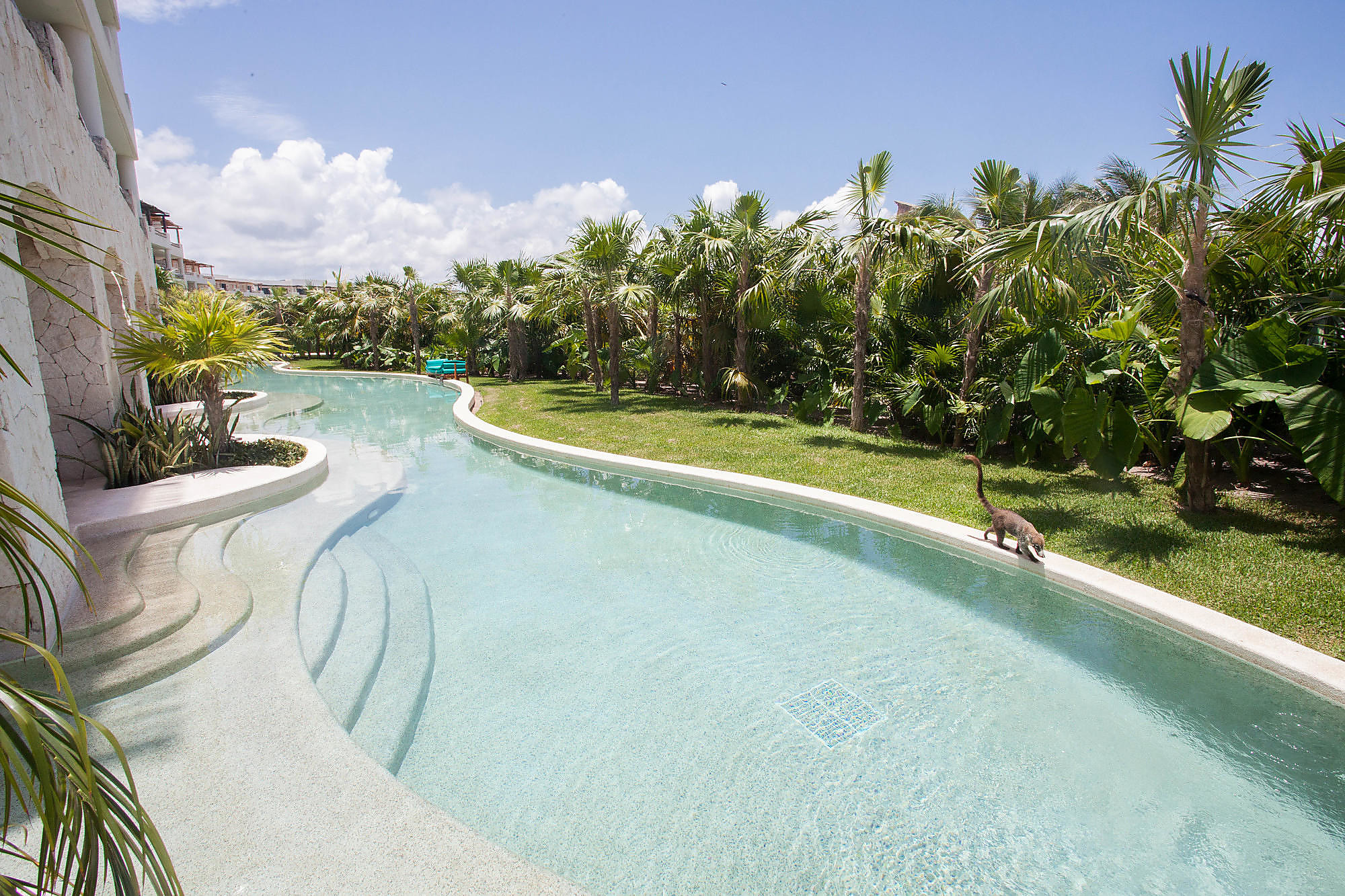 If you’re after a romantic adults-only getaway, you might be thinking Valentine’s Day is the way to go. However, you’ll be paying an insane premium at popular romantic resorts like Secrets Maroma Beach Riviera Cancun if you try to visit at that time of year. Opting for an early December visit can score you up to $100 a night in savings. We think it’s worth it to experience Secrets’ posh swim-up rooms, beautiful pools, and top-shelf cocktails — all with a more romantic, quieter vibe. 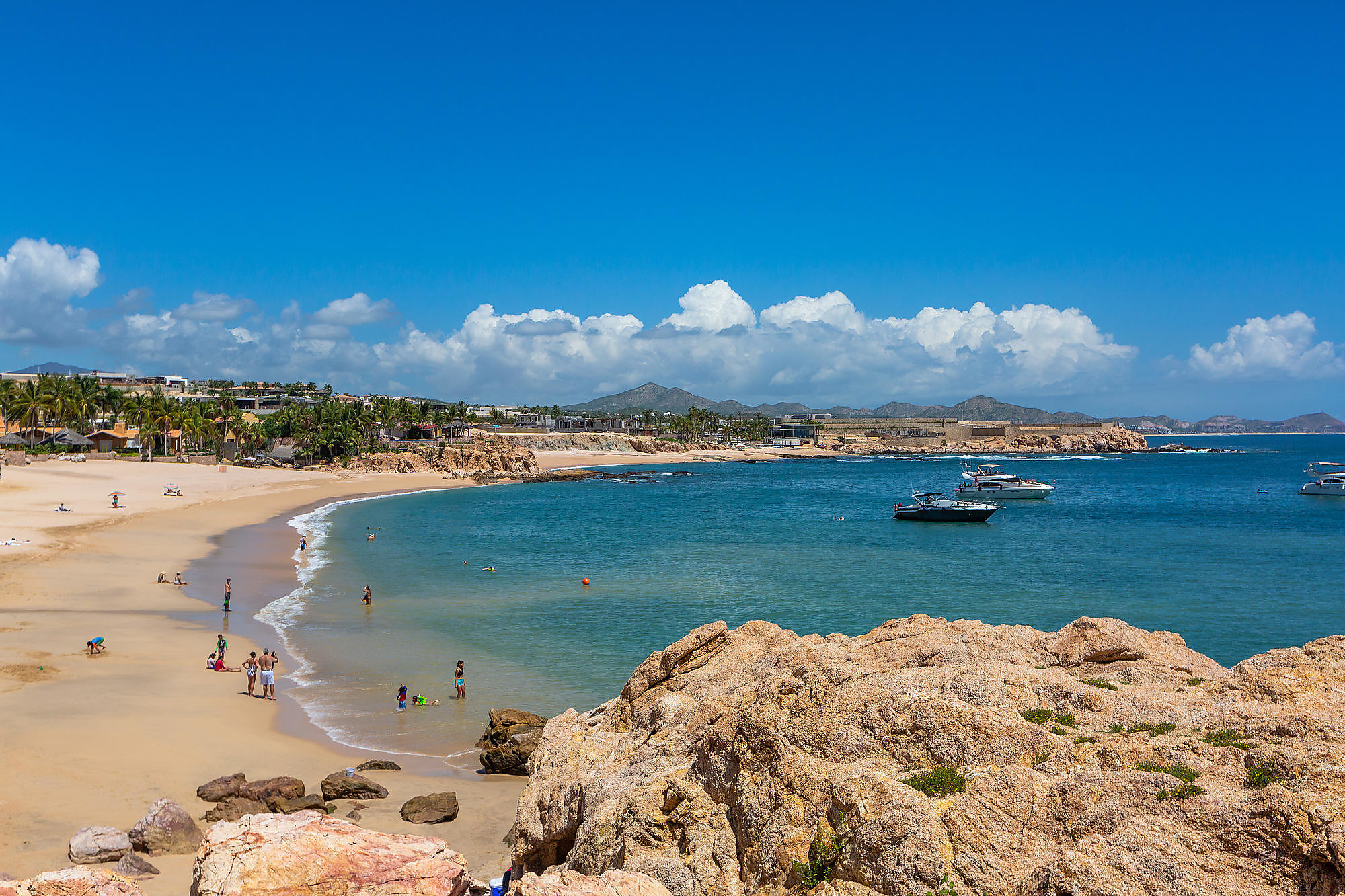 Having spent many a December traversing Los Cabos — from charming San Jose del Cabo to bustling Cabo San Lucas — we are here to tell you that December is the perfect month to visit. Based on our data, you’ll find Los Cabos hotel and resort prices discounted up to a whopping 60% compared to peak season (though this varies from hotel to hotel).

A December visit also gives you the same amazing weather of a visit during peak season without the crowds and additional costs. At most, you’ll need a very light sweater at night and you can expect clear blue skies. In December 2018, we felt like we had almost every beach to ourselves, never had to fight for pool space, and could roll into any restaurant and bar at any resort and score a table immediately. What’s more? Even the area’s all-inclusive resorts are relatively calm at this time of year, especially in Cabo San Lucas (which draws a mighty spring break crowd in March and April, driving up rates).

Visiting in December also means that the already charming town of San Jose del Cabo comes even more alive. In addition to the town’s weekly Thursday night Art Walk, you’ll find seasonal decorations, performances by local arts groups, and vendors set up on most nights in the town’s main plaza. 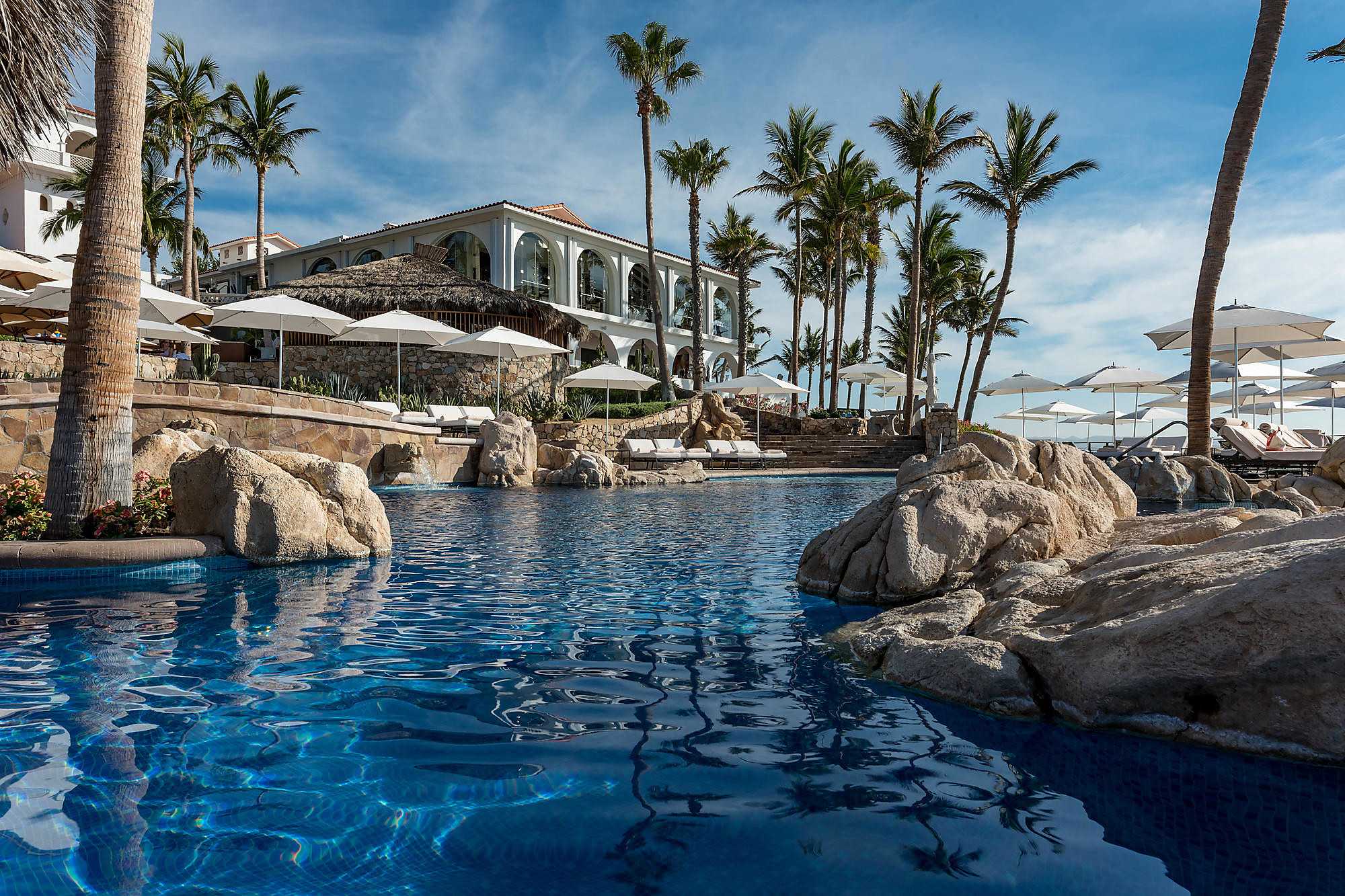 The Adult Pool at One&Only Palmilla in Los Cabos/Oyster

If you’re going to take advantage of discounted hotel rates, you might as well snag a once-in-a-lifetime experience for yourself. The luxurious One&Only Palmilla is one of the most popular hotels in Los Cabos among Oyster.com readers. However, in peak season it can come with an eye-watering four-figure price tag. Save a couple hundred dollars a night by opting to stay here in early December instead. The resort’s massive rooms all have butler service and their own plunge pools, dining is outstanding, and the hotel has one of the few swimmable beaches in Cabo. 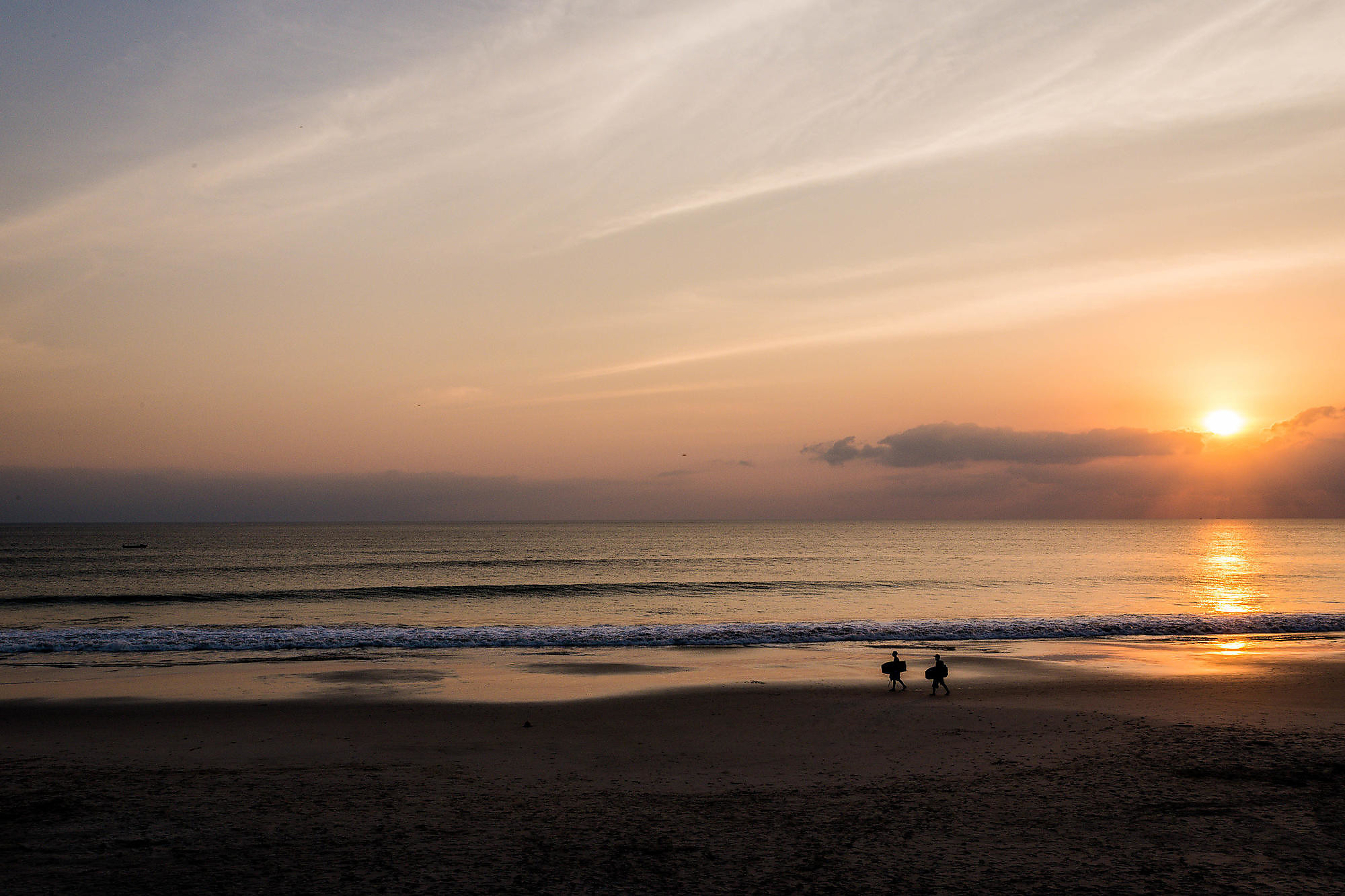 Sunset over the beach at W Punta de Mita/Oyster

If you’ve been paying attention, you know that Riviera Nayarit is trending in a big way. This region to the north of Puerto Vallarta — a long-time vacation hub for sun-seekers and gay travelers — is home to a wide range of hotel styles, from quaint boutique properties to big all-inclusive resorts. Our data shows that you’re like to save at least 15% on your nightly hotel rates in December, though that discount is often higher depending on the property.

Riviera Nayarit consists of a string of towns that include the posh gated community of Punta Mita as well as the boho, artsy towns of Sayulita and San Pancho. Puerto Vallarta is where to go for a good time. The beach and marina are lined with hotels and bars, and the town throbs with nightclubs in the evenings (you should definitely catch a drag show while visiting). You’ll find a bit more local culture in Puerto Vallarta than you would in places like Cabo San Lucas, where gringo tastes are the name of the game.

Like most famous beach regions in Mexico, January through April brings a massive influx of tourists. The spring break crowd here shouldn’t be underestimated either, especially in Puerto Vallarta proper. Much like Los Cabos to the northwest, the Puerto Vallarta region is hot and dry for much of the year, though temperatures and humidity are more comfortable during the winter months. Compared to June through October — when hotel rates are often at their lowest — rain is essentially unheard of in December. That makes your prospects of coming home tan and happy all the more likely.

December also marks the start of whale-watching season in Puerto Vallarta, which is another contributor to higher rates in the peak season. Whales are often visible right from shore, though you can also book whale watches from the marina as well. 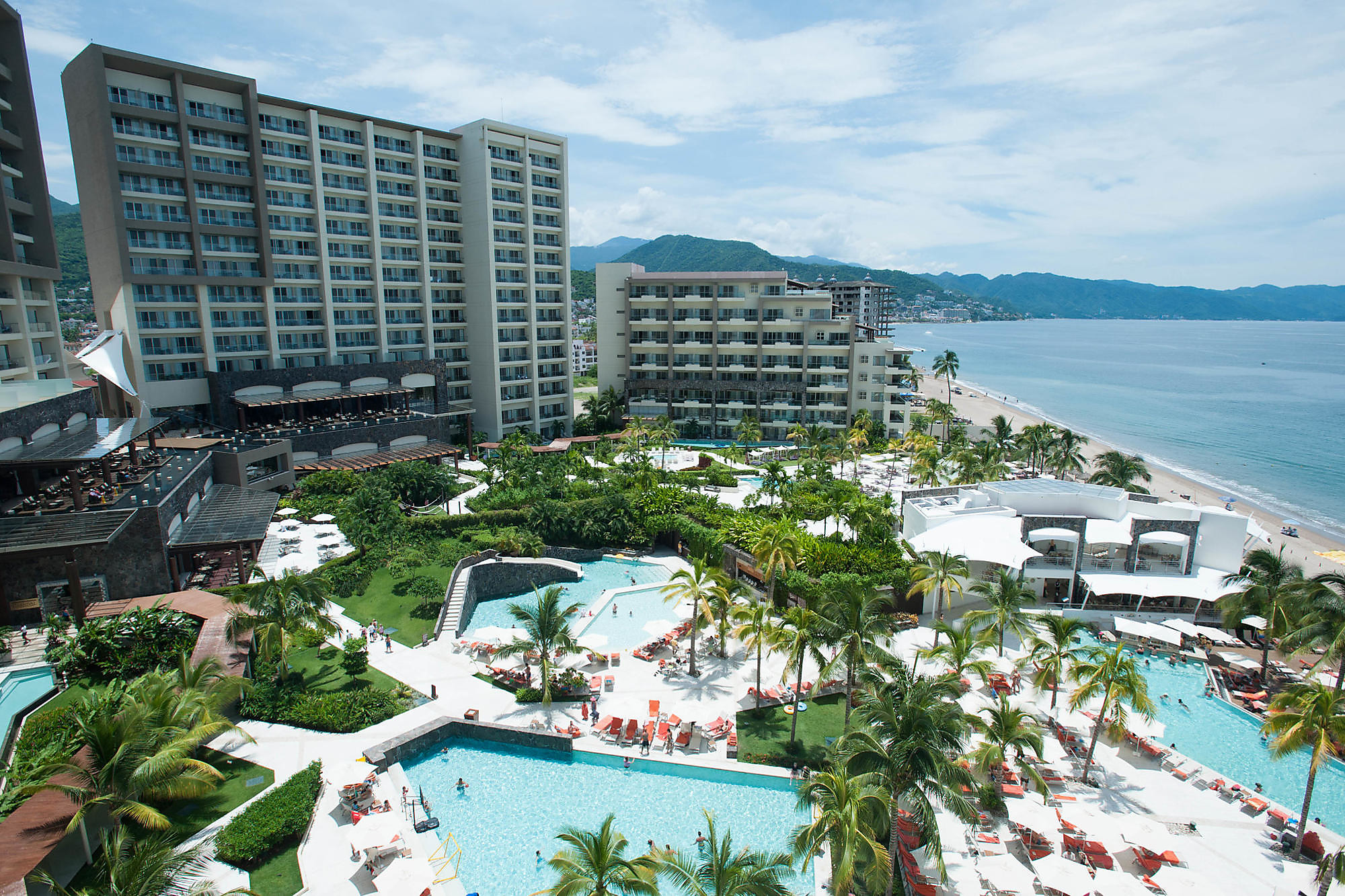 The Now Amber Puerto Vallarta is a sharp, modern resort that’s a bit removed from the hustle and bustle of downtown Puerto Vallarta. All-inclusive rates here are generous, and three gorgeous pools run right along the beach and sea. Rates tend to rise in the peak winter and early spring months, so a stay here in December scores you all of the cool amenities (like swim-out pool access in some rooms) for less cash.